Donald Trump Jr. is pushing an authoritarian idea to steal the election 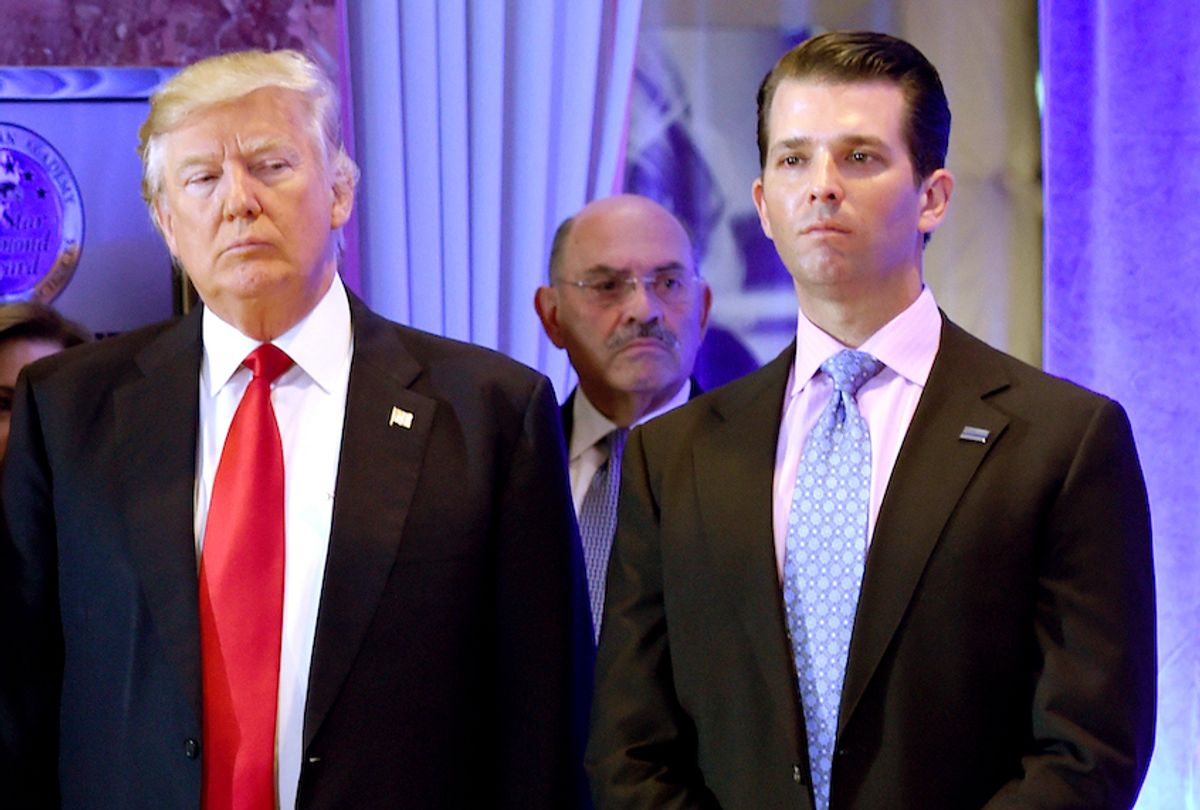 On Thursday, former Vice President Joe Biden had won 253 electoral votes in the U.S. presidential race compared to 214 for President Donald Trump — and as the vote-counting continued in Pennsylvania, Nevada and other battleground states, Biden's chances of a victory looked better and better.

In response to this dismal situation for the president, far-right radio host Mark R. Levin responded with a tweet suggesting a plan to overturn the results. Mother Jones' Tim Murphy denounced the idea as an authoritarian idea for trying to steal the election if Biden is declared the winner, and Murphy noted that Donald Trump, Jr. has signed off on Levin's idea.

Levin, typing in all caps, tweeted:

Murphy explains: "With Pennsylvania on the verge of flipping into the Democratic column — the remaining uncounted ballots appear to heavily favor Biden — Levin was promoting a legal theory that drew some attention before the election. Because state governments have to formally certify results and then formally send electors to the Electoral College, the Republicans who control the state legislatures of Pennsylvania and several other swing states could, in this theory, simply send their own set of rival electors and force Congress to choose — potentially tipping the election to Trump."

Trump, Jr., Murphy notes, signed off on Levin's idea for an authoritarian power grab by forwarding his tweet. But the Mother Jones reporter also points out that Washington Post columnist Greg Sargent has explained why there are many reasons to be skeptical of such a strategy from a legal and constitutional standpoint.

"Changing the process by which Pennsylvania appoints its electors requires changing Pennsylvania law, which the Democratic governor (Tom Wolf) would veto," Murphy writes. "If Biden goes on to win enough of the remaining uncalled states, perhaps his sizable Electoral College and popular vote lead will dissuade Republicans from attempting to deploy such chicanery."

Murphy also points out that Republican Jake Corman, majority leader of the Pennsylvania Senate, "wants nothing to do with" that type of power grab.

Nonetheless, Murphy stresses, it is disturbing when a well-known radio host wants to brazenly defy the will of the voters and the president's son signs off on it.

"The thing about going into untrodden territory is that no one really knows what it's like; the only sure thing is that it's not where you want to be," Murphy warns. "Even President Trump hasn't gone this far yet. But his son's promotion of such a plan is an ominous development as the campaign seeks to claw its way back by taking away people's votes."