"The fight isn't over. But man, this feels good right now" 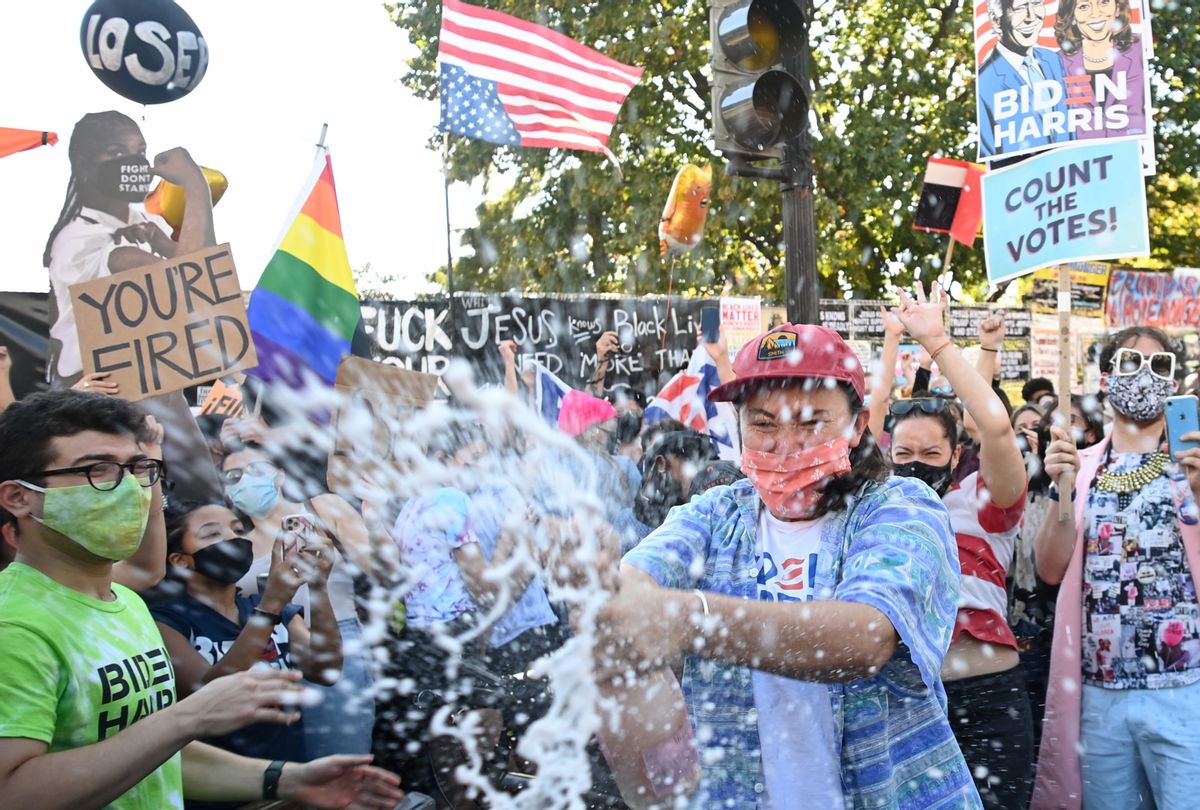 A woman sprays prosecco onto the crowd as people celebrate on Black Lives Matter plaza across from the White House in Washington, DC on November 7, 2020, after Joe Biden was declared the winner of the 2020 presidential election. (MANDEL NGAN/AFP via Getty Images)
--

Massive streets celebrations erupted outside the White House in Washington, D.C. as well as across other cities and communities nationwide on Saturday afternoon as word spread that Joe Biden had won the 2020 election and is now considered the nation's President-elect.

Thousands of people—mostly masked due to the Covid-19—swarmed the streets in the nation's capitol and descended on Lafayette Park where they blared music and held signs outside the White House gates.

Around noon, an impromptu parade broke out on the streets of the nation's capital to celebrate Biden's victory. A brass band perched on the back of a truck played upbeat jazz as people spilled out of homes, shops and restaurants in downtown D.C. to join the march.

The crowd swelled quickly as the truck moved from the heart of Adams Morgan in the direction of the White House—first a dozen, then three dozen and soon close to a hundred. A few policemen on motorcycles escorted the group as passing cars stopped to honk, their drivers cheering.

A woman on a bicycle pedaled through Columbia Heights shouting, "It's over!"

A man in Shaw stood on the curb with a stemmed glass of red wine, raising it to passersby.

Fireworks exploded in bursts as neighbors emerged on porches with pots and pans to bang. Some simply stood there, raising their phones as if it were proof what they were seeing was real.

"The nightmare is over," a man called to his neighbor, ambling out of a rowhouse just before noon.

"Ah, finally, something to celebrate," Justin Oakley, a resident of Brooklyn, told the New York Times, while celebrating in Prospect Park. "The fight isn't over. But man, this feels good right now."