Donald Trump Jr. and Ivanka are "ready to be next in line if their father goes": report 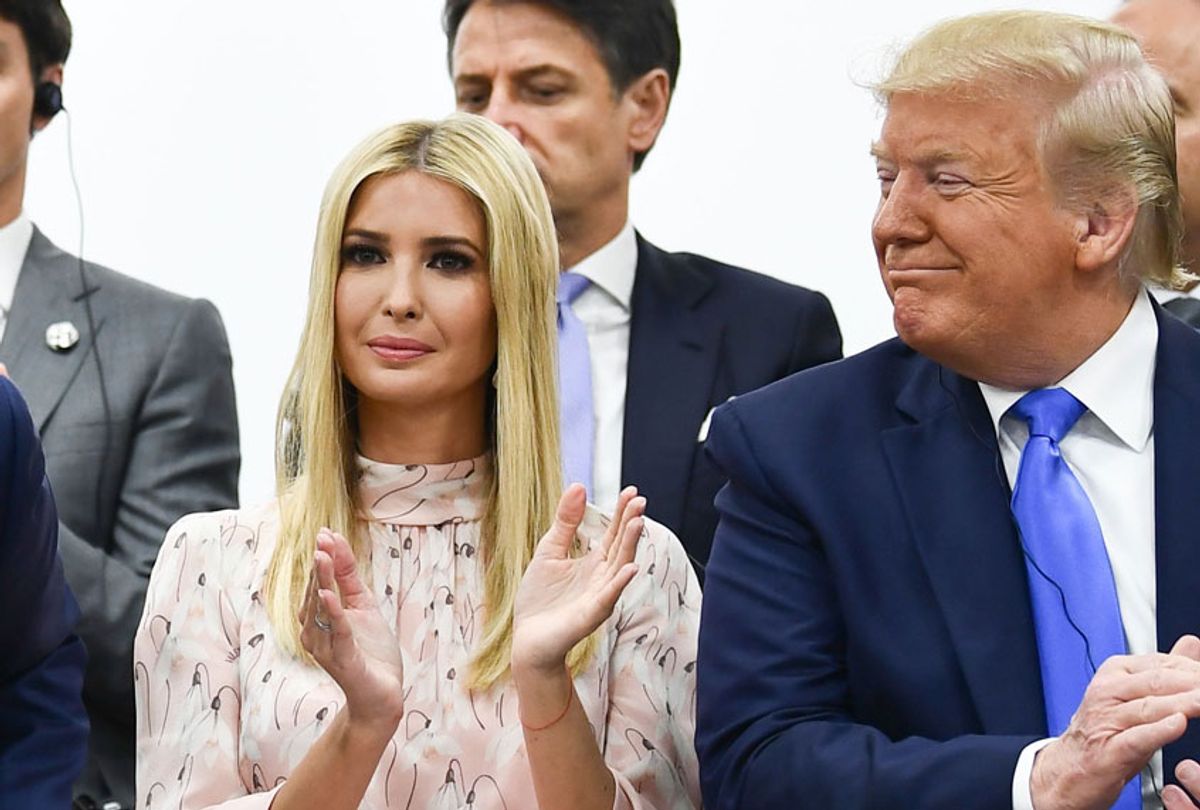 Trump's sons,  Eric and Donald Jr., have joined his son-in-law and senior adviser Jared Kushner in convincing the president his defeat was illegal. However, "Donny Trump Jr. and Ivanka Trump are sitting there, ready to maybe be next in line if their father goes," said Trump ally Ed Rollins, who also co-managed Ross Perot's 1992 independent presidential bid.

"The Republican Party has seen George Wallace's racist movement, Perot's movement and a tea party movement, and they all faded when they lacked a leader or had a diminished leader," Rollins said. "Is Trump going to be distracted and just throw rocks at the window? Will he be busy dealing with litigation he might face out of office? To keep something going, you need discipline."

"The president is still loved by tens of millions of Americans, and that's not going to change anytime soon. He can do literally do whatever he wants, including running again," said Brad Parscale, his former campaign manager.

"He is without question the most powerful voice in our party. He will have an enormous impact on our party going forward," Sen. Mitt Romney (R-UT) said Sunday on NBC's Meet the Press. "I believe the great majority of people who voted for Donald Trump want to make sure that his principles and his policies are pursued. So, yes, he's not disappearing by any means. He's the 900-pound gorilla when it comes to the Republican Party."

Former President George W. Bush acknowledged Sunday that Trump "earned the votes of more than 70 million Americans — an extraordinary political achievement… They have spoken, and their voices will continue to be heard through elected Republicans at every level of government."

Former Senator Jeff Flake (R-AZ) said Republicans on Capitol Hill "fear Trump and his base and know that he can take just about any one of them out."

"They know there's no future with Trumpism and they aspire to do more when they got to the Senate than defend the President's tweets and his conduct and behavior. And they want to legislate and they're not doing that now," Flake said. "There's a lot of fear, but no love."

Steve Schmidt, a veteran Republican strategist who co-founded the Lincoln Project, said, "Trump has been defeated, but Trumpism has not. What Trumpism is a statist, authoritarian ideology that's inimical to the American precepts of democracy. It's antithetical to America's ideas and ideals, and it has fascistic markers. It is a cult of personality … and 70 million-plus people in the country were susceptible to it, to the racial antagonisms, to the assault on institutions and the rule of law, and it's going to take a long time to deal with it."

With Trumpism on the horizon for the foreseeable future, it's not unlikely to expect the Trump offspring train to pull into the station at a fast clip and keep moving as long as Americans allow it to happen.