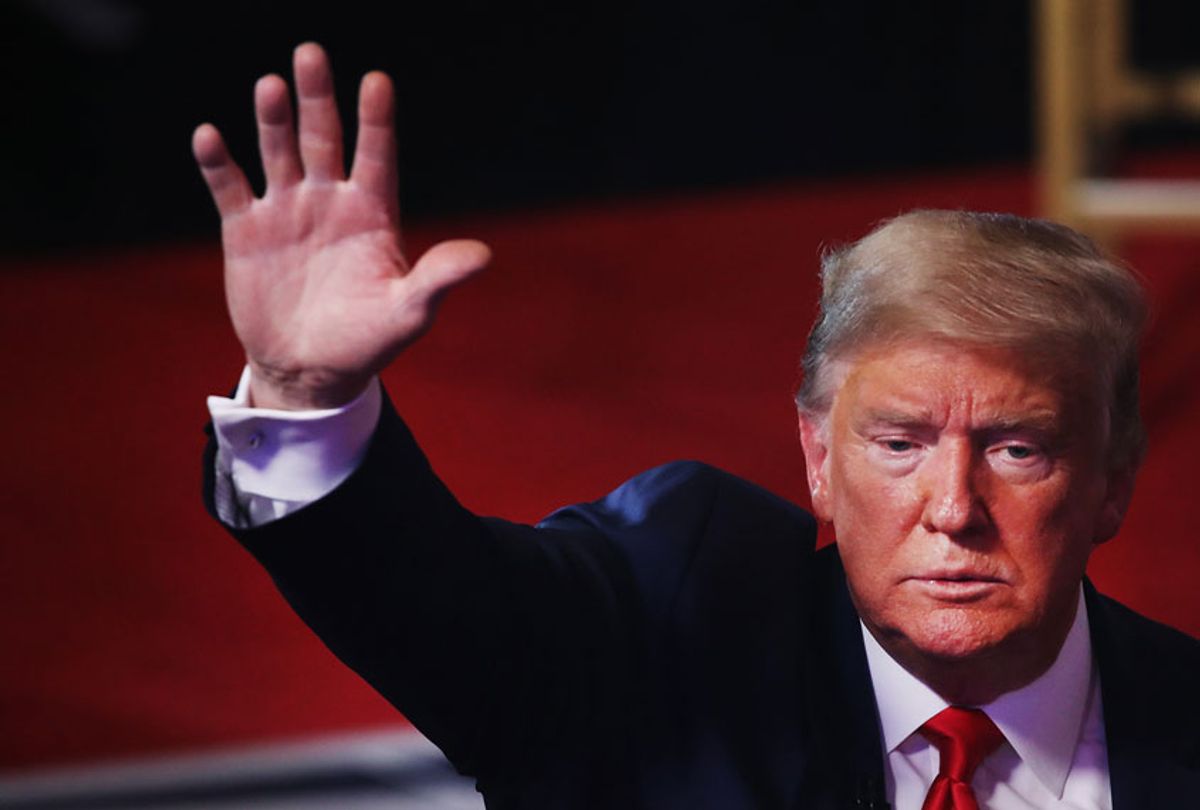 America is entering a very dangerous time. For his next 11 weeks in office, Donald Trump will be in a position to exact revenge.

It's a word that by his own account is his entire life philosophy.

We should all hope that he goes into one of his down emotional periods for an extended time so that lethargy, not blind rage, dominates his behavior until Jan. 20.

Through phony charges of ballot-box stuffing, firing officials, issuing pardons to friends and family and Trump can do great damage between now and Inauguration Day. On Jan. 20, his shield against criminal prosecution vanishes. He also can hobble the transition to a Biden administration.

Trump's first act of post-election political vandalism came in the wee hours Wednesday morning. He claimed the election was being stolen (video at 8:00) through "a major fraud on our nation." He has yet to show a scintilla of evidence to support that lie.

That's the kind of immoral rhetoric that damages faith in democracy and furthers the goals of Russian leader Vladimir Putin who aims to undermine every major democracy because he considers self-governance a joke.

On Friday, while the election outcome was still uncertain, Trump abruptly removed three high-level officials, two women and a man of color.

In a reckless move, Trump forced the resignation of Lisa Gordon-Hagerty, who since 2018 had run the National Nuclear Security Administration. Thet agency keeps high-grade radioactive elements, known as fissile material, out of the hands of terrorists and rogue states. Trump's Energy Secretary Dan Brouillette wanted to cut the budget for this work while Gordon-Hagerty sought increased funding.

Senator James Inhofe, a far-right Republican from Oklahoma, criticized the Trump administration for going soft on keeping nuclear materials from rogue states and terrorist groups. "People who should be doing all they can to support the critical work of the NNSA are instead trying to undermine it," Inhofe said in September.

After Gordon-Haggerty was ousted, Inhofe challenged the competency of the Energy secretary, a rare break with the obsequious deference to Team Trump by Republican lawmakers over the past four years. The firing, "demonstrates he [Brouillette] doesn't know what he's doing in national security matters," Inhofe said.

Trump also fired Bonnie Glick, deputy administrator of the U.S. Agency for International Development, in what appears to be a move to ensure that Islamophobes exercise greater power in the agency.

The third appointee, Neil Chatterjee,  was demoted from the chairmanship of the powerful Federal Energy Regulatory Commission to being just one of the five commissioners. Running diversity training, which Trump generally banned by executive order, was behind the demotion, Chatterjee told The Washington Post. "Guilty as charged," he told EE News.

However, it wasn't diversity, but Trump's love of dirty coal that was behind Chatterjee's demotion, both Green Tech Mediaand  The Wall Street Journal reported. Chatterjee had supported a tax on carbon, which economists across the spectrum have said for years would be the most efficient way to create incentives that speed the shift away from fossil fuels.

In his remaining weeks, Trump can  speed his many actions to spew more pollution under the guise of ending overly burdensome regulations. That's an issue DCReport has covered intensely for the last four years.

One of the most destabilizing things Trump could do is refuse to release, or severely limit, funds to pay for the transition to a Biden administration.

The General Services Agency is charged with funding the office needed to prepare for a new administration, including hiring hundreds of temporary workers, many of whom will end up working in the Biden administration.

And he could really hobble the new administration by refusing to provide or limit the availability of FBI agents and other investigators to run background checks on the roughly 4,000 political appointees of the incoming Biden administration.

Let's hope the next 70 some days are marked by golf, lazily watching Fox and Trump's now well-known executive incompetence so that the vandalism he does commit is random and repairable come 2021.