Why Biden's free childcare plan is a worthy feminist reform

Beyond the social element, there's a strong economic argument to be made for such a policy 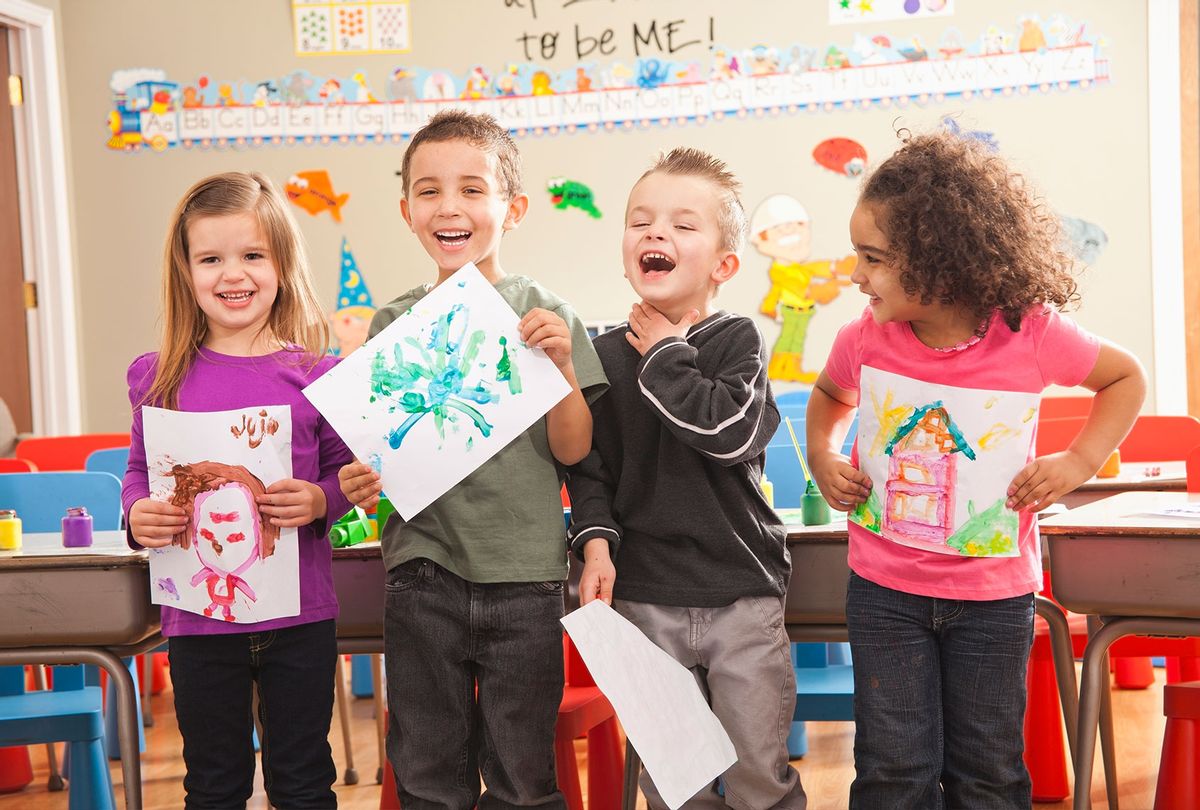 Joe Biden wasn't the first choice for many women during the Democratic presidential primaries, yet the president-elect's social agenda has proven to be surprisingly feminist in its orientation. Nowhere is this clearer than in his proposal for subsidizing toddler-age childcare, a progressive platform that has earned plaudits from feminists and which has been a local success story in local jurisdictions in which it has been implemented.

According to the Biden-Harris transition website, the administration plans to make it "far easier to afford child care and to ensure aging relatives and people with disabilities have better access to home and community-based care." The new administration also promises to "elevate the pay, benefits, and professional opportunities for caregivers and educators; to create millions of good-paying new jobs in these areas with a choice to join a union; and to free up millions of people to join the labor force and grow a stronger economy in return."

This refers to the $775 billion plan Biden announced while campaigning in Delaware in July, when Biden proposed a national pre-K for all children ages 3 and 4. In that proposal, families earning less than $125,000 a year would receive an $8,000 child care tax credit per child, up to $16,000. Parents earning less than 1.5 times the median income in their state could subsidize child care and would pay no more than 7 percent of their income. Those with a very low income would pay nothing.

Notably, the pandemic's economic affects are seriously setting back gender equality, as I've previously written. Large swaths of women in America left the workforce or cut down their hours to be a stay at home caregiver during the pandemic. As of May 2020, women account for 54 percent of initial coronavirus-related job losses. According to the Women in the Workplace report, Black women said they were more likely to consider stepping away from their careers due to the pandemic. One in four women are thinking of either leaving the workforce of downshifting their careers—a move that would have been dubbed "unthinkable" last year.

This is all to say that the Biden-Harris administration's focus on reviving the economy will largely hinge on whether it prioritizes making it easier to get women back to work, and that means universal childcare.

Research shows that universal preschool can have a big impact on the economy. For example, Washington D.C. has been running what is arguably the most comprehensive universal childcare for three and four-year olds since 2009; it spends an estimated $17,545 per child enrolled in preschool, which is the highest any state (or district, in this case) pays in the country. A Center for American Progress study found that this program increased the city's maternal labor force participation by 12 percentage points. In D.C., the labor participation rate for mothers with 3- and 4-year-olds is now about the same as it is for mothers with kids in elementary school, which is already free and compulsory. These positive trends were observed among both low-income and high-income families; the largest participation increases were among mothers without a high school degree, according to the study.

"These results suggest that two years of universal, full-day preschool is associated with a large positive effect on maternal labor supply—comparable in magnitude to the impact found in studies of universal preschool programs in other countries," the Center for American Progress study noted. "On a national scale, policies that support maternal labor force attachment could contribute to faster growth in gross domestic product (GDP); stronger financial security for young families; and fewer career sacrifices by women, who assume a disproportionate share of their families' care responsibilities."

As Vox explained in 2018, the D.C. program has had some unintended consequences, specifically on private child care business, which became less likely to take infants and toddlers at subsidized rates.

Yet the Biden-Harris plan doesn't just focus on making it easier for families to afford childcare. It is also a jobs plan. First, it proposes a bailout for child care centers, many of which are at risk of closing due to the pandemic. A survey of California providers by the Center for the Study of Child Care Employment (CSCCE) found that 80 percent of open child care programs face higher costs associated with pandemic cleaning requirements; in some cases, these centers are funding the additional costs themselves. The survey found that 77 percent of that state's child care centers lost income due to the pandemic, and it warned that without more public funding "the California child care industry will continue to collapse."

In July, when Biden revealed his plan, he also called for an increase in pay for child care workers, along with health benefits and freedom to unionize. A CSCCE report found that 57 percent of pre-K teaching staff report household incomes of less than $30,000 a year. Many caregivers in general aren't paid, and hence, the Biden-Harris plan proposes to give these unpaid caregivers a $5,000 tax credit in addition to Social Security credits.

The inclusiveness and intersectionality of the Biden-Harris plan makes it effectively a feminist reform. Three-fourths of American teachers are women, while over half of the country's family or informal caregivers are women. Meanwhile, women are more likely to sacrifice their careers when a crisis hits home, as they generally make less money than men. A workforce without affordable childcare and one that treats caregivers less than they deserve is the modern-day equivalent of the dire conditions faced by impoverished seamstresses in the late nineteenth century: long hours, no bathroom breaks, unsafe working conditions. These conditions kept many women out of the workforce. I'd argue that today's economic climate is not too dissimilar, in that it stresses mothers, their families, and oft-underpaid and undervalued professional female caregivers.

Besides D.C., a few other American cities and counties have enacted subsidized or universal childcare policies. Last week, Multnomah County, home of Portland, Oregon, passed one of the most progressive universal preschool policies in the nation, Measure 26-214. Universal preschool advocates in Portland won by assembling a coalition of parents, teachers, unions, and progressive groups like the Democratic Socialists of America; the newly-passed measure is funded by a progressive income tax. "By making preschool free for every 3- and 4-year-old and guaranteeing preschool workers a living wage, Measure 26-214 gives Multnomah County families options, lets kids thrive, and addresses the deep inequities in our community," the proposition's boosters in Oregon argued. Now, Biden's similar plan may see such progressive feminist reforms grow beyond local communities like Portland and D.C., with resounding economic effects.