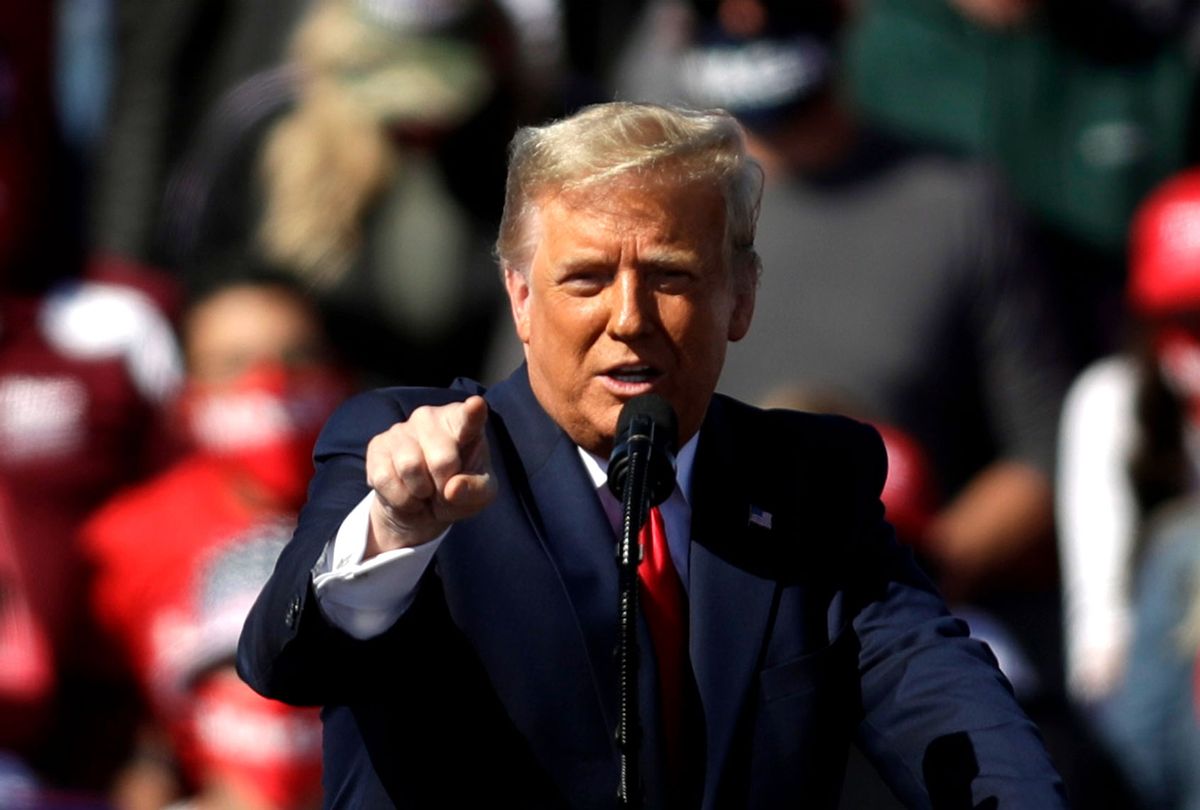 In an increasingly flailing effort to undercut the legitimacy of his election loss at the hands of Joe Biden, President Donald Trump's legal team and remaining campaign apparatus are preparing to hold press conferences and in-person rallies at which they plan to display the supposed evidence behind the incumbent's thus-far baseless claims of widespread voter fraud—including obituaries of dead people who purportedly cast ballots.

Despite the lack of supporting evidence and fact-checks debunking them, claims that tens of thousands of ballots were submitted in the name of deceased individuals and counted have been proliferating in right-wing social media circles, outlets like Breitbart, and among Trump's advisers since Election Day.

Characteristically declining to let the facts stand in the way of his false narrative that he is the victim of election theft, Trump "plans to brandish obituaries of people who supposedly voted but are dead—plus hold campaign-style rallies—in an effort to prolong his fight against apparent insurmountable election results," Axios reported late Sunday, citing four of the president's advisers.

"Obits for those who cast ballots are part of the 'specific pieces of evidence' aimed at bolstering the Trump team's so-far unsupported claims of widespread voter fraud and corruption that they say led to Joe Biden's victory," according to Axios. "Fueling the effort is the expected completion of vote counting this week, allowing Republicans to file for more recounts."

Team Trump's ongoing effort to challenge state vote counts in court has so far been a complete flop, as has its frequently laughable attempt to substantiate the president's claims of a sprawling vote-counting conspiracy favoring the Democratic Party.

But with the president refusing to concede defeat and his party largely remaining silent or actively cheering him on, the Trump campaign—juiced by donations it is aggressively soliciting with numerous fundraising emails each day—has shown no indication that it plans to give up its likely doomed legal battle any time soon. (According to the fine print of the Trump campaign and Republican National Committee's donation forms, 60% of contributions to the president's legal defense fund will go toward paying off the Trump campaign's debts.)

Axios reported Sunday that the Trump team is also "staffing a campaign-style media operation" that, according to an adviser, will churn out "regular press briefings, releases on legal action, and obviously things like talking points and booking people strategically on television."

While the campaign is likely to be an embarrassing spectacle—similar in style and substance to Trump fixer Rudy Giuliani's comical press conference on the backside of Four Seasons Total Landscaping in Philadelphia over the weekend—observers urged the media not to give Trump allies a platform to spout their potentially dangerous lies.

"The Trump campaign's strategy is basically to completely undermine faith in democracy," tweeted Parker Malloy, editor-at-large at Media Matters for America. "TV bookers, know this: if you invite people from this campaign on to discuss their bogus claims, do it knowing this is the strategy."

Dr. Rob Davidson, executive director of the Committee to Protect Medicare, denouncedthe president for planning more in-person rallies as the coronavirus pandemic intensifies nationwide. As Common Dreams has reported, Trump's campaign rallies have been linked to upticks in coronavirus cases in host counties across the country.

"Donald Trump plans to hold more rallies to throw fuel onto the pandemic fire. This is truly unconscionable," Davidson tweeted. "Who will stop him from killing more people?"