“If these allegations are true, Senator Graham’s conduct constitutes . . . conduct unbecoming of a senator" 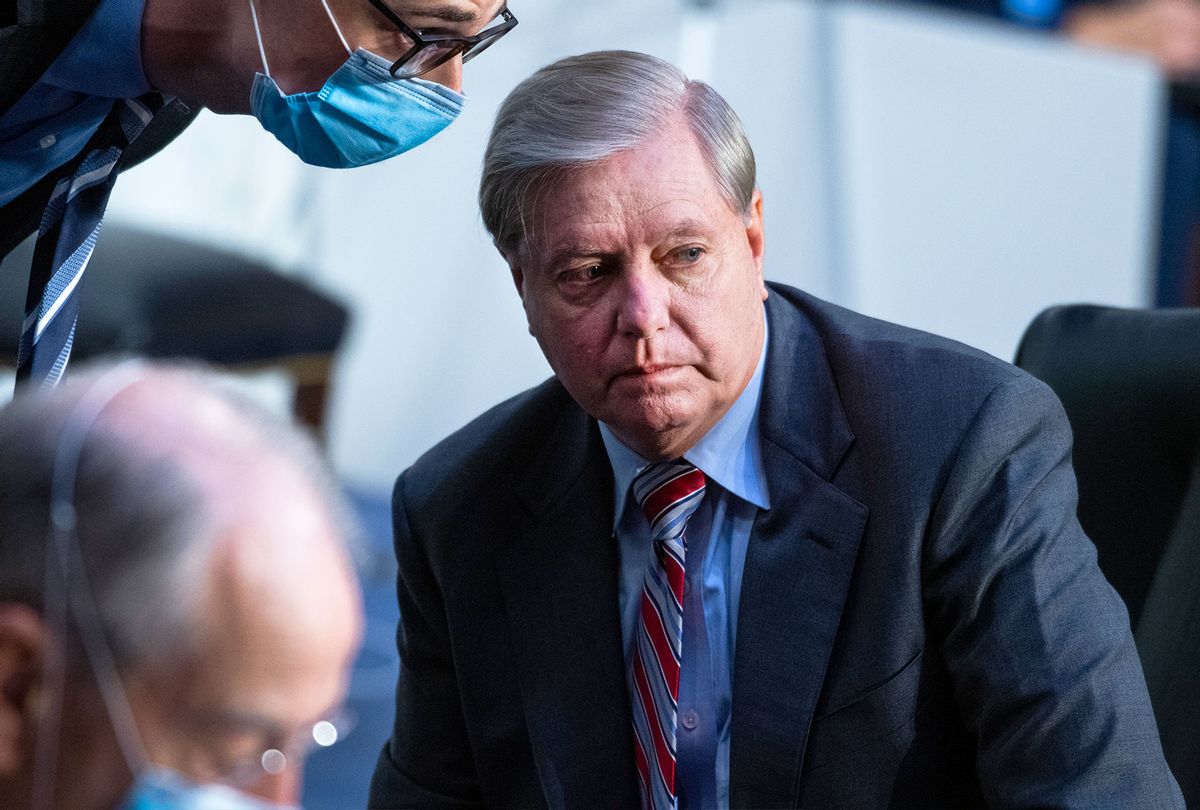 The three experts — Walter Shaub, a former top ethics watchdog for the federal government, Richard Painter, the chief ethics lawyer for President George W. Bush's administration, and Claire Finkelstein, the director of the University of Pennsylvania's Center for Ethics and the Rule of Law — are asking the Senate to look into whether or not Graham made a suggestion that Raffensperger "disenfranchise Georgia voters by not counting votes lawfully cast for the office of president."

The letter reflected, in part: "If these allegations are true, Senator Graham's conduct constitutes an abuse of office and conduct unbecoming of a senator. For the Chairman of the Senate Judiciary Committee to suggest to a state Secretary of State that he refrain from counting lawful votes threatens the electoral process and damages representative democracy. The Senate Select Committee should investigate this matter and, if it finds Chairman Graham committed the alleged misconduct, seek an appropriate sanction or any other appropriate remedy."

The letter continued, "Secretary Raffensperger's allegation describes extreme misconduct and abuse of senatorial authority. This alleged attempt by Senator Graham to throw the election for President Trump after the fact by encouraging the very fraud he purports to be investigating threatens the fabric of our nation by undermining the very thing that makes it a republic, our elections. Even if the committee believes only Senator Graham's account, his call to the state election official during an ongoing vote count amounts to misconduct. These alleged acts committed by Senator Graham bring discredit and dishonor upon the Senate and constitute conduct unbecoming of a United States Senator. Therefore, we urge the committee to open an investigation of Senator Graham at once and, if it finds the conduct occurred as alleged, take the strongest action within its authority to address misconduct by a member of the Senate."

Their joint letter can be viewed here.