Haven't Democrats learned not to take the Latinx vote for granted? Maybe they just like losing

Everyone in politics knows the Latinx vote is critical. But it's not a monolith, and remains a mystery to Democrats 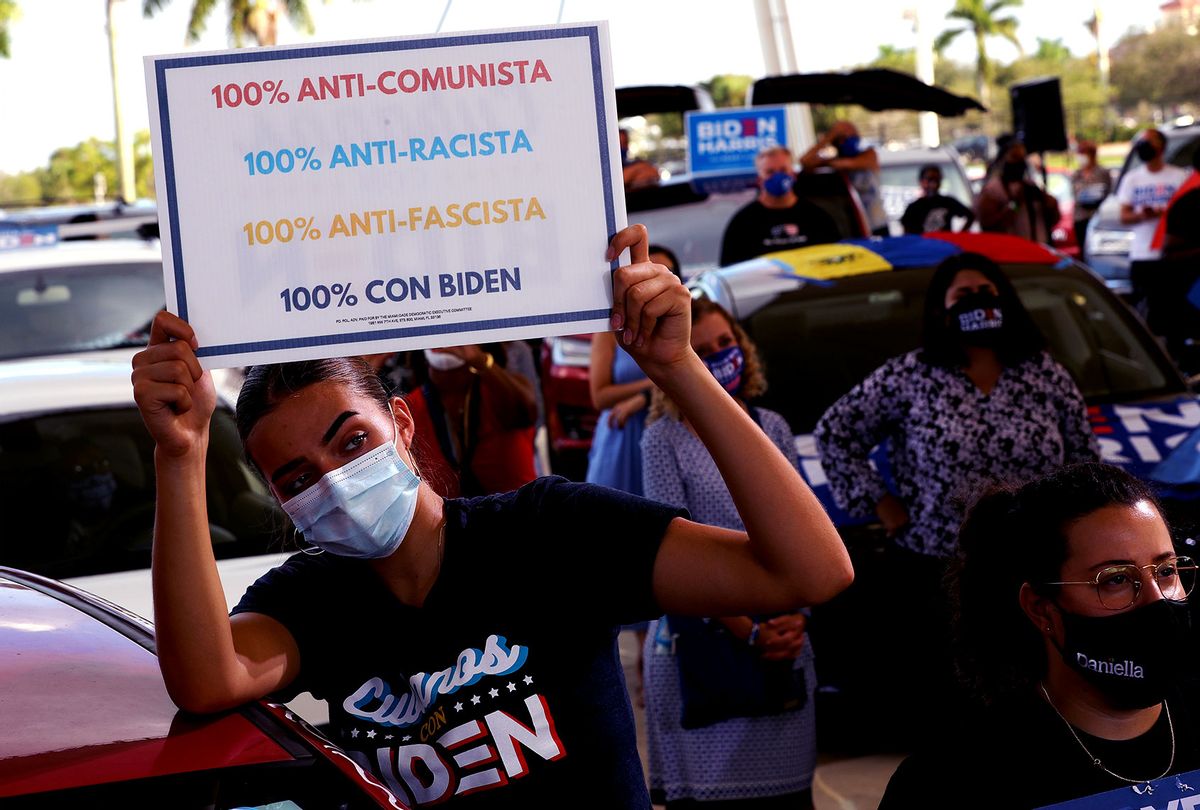 The 2020 election has brought the diversity and complexity that characterizes the Latinx electorate into sharp relief. While Latinx voters helped deliver wins for President-elect Joe Biden in critical states like Arizona and Nevada, losses in Florida and Texas served as a reminder to white pundits that the Latinx vote is not a monolith. More importantly, however, it shows that the Latinx vote is not assured to Democrats, and that as the Latino electorate continues to grow, the failure to integrate, engage and specifically "reward" Latinx voters will be at the Democratic Party's peril.

As with previous cycles, well-paid political consultants scrambled in the late stages of campaigns to gain insights into the Latinx voter universe. During the get-out-the-vote efforts days before the election, candidates found themselves side-stepping to mariachis and folklórico dancers. Now that the election is over, media pundits continue to act like they know what they are talking about even when the actual vote shows how badly "Hispanic" voters were mischaracterized. Ultimately, the Latinx vote remains a mystical object, incomprehensible to them all.

This should not have been the case in 2020 — especially when we've been talking about the magnitude of the Latino vote for several election cycles now. Yet this knowledge gap exists, and Democrats need a real long-term strategy if they want to mobilize this voting bloc that will become even more decisive in future elections.

For anyone wanting a lesson of what not to do, election night was instructive. With all eyes on Florida, political pundits tied themselves in knots to explain Trump's victory throughout the night. Analysts were quick to blame Joe Biden's defeat in Florida on Latinx voters. While it is true that many traditionally conservative Cuban voters voted for Trump, this view completely obscures the fact that Latinx voters overall broke for Biden in Florida by a 21-point margin. Further, that focus clouds the very real wins that happened elsewhere on the backs of Latinx voters.

In Arizona, for example, movement organizations proved what effective organizing of Latinx and indigenous voters looks like, helping to deliver Democrats a second U.S. Senate seat and flip the state to Biden, only the second Democratic presidential nominee since 1948 to win the state. Concurrently, relatively small but growing Latinx voting blocs in the South and Midwest provided votes critical to making gains in states like Georgia, Pennsylvania, Wisconsin and Nebraska.

Some may write off the pattern that we saw with Latinx voters this year as an anomaly. But for those closely following voter trends, we know that the growing Latinx electorate will have a key role in a winning Black-Latino coalition that is working to shift the political landscape on issues like access to quality health care, the economy, addressing racism and discrimination, and criminal justice reform, even in states where their voting percentage is modest.

The postmortems on the presidential election have largely obscured the coalition of voters of color, young and old, that drove wins for Democrats up and down the ballot. Further, our political class has failed to provide viewers the nuanced storytelling necessary to explain why conservative Cubans unsurprisingly voted Republican, and why  a sizable minority of men of color voted to re-elect Trump. More importantly, these post-election narratives have refused to dissect why the majority of white voters, once again, failed to be persuaded by the Democrats' exorbitant spending and outsized attention on them.

So, in the face of two election cycles that demonstrate the growing consequence of the Latinx vote, the question must be asked: Why does our media and political elite still exhibit a fundamental knowledge gap and lack of focus when it comes to the rich diversity and multi-ethnic reality of the Latinx population in U.S. politics? One need only look at other major cultural, economic and social institutions to understand why the Latino vote is still a mystery for the Democratic Party and beyond. Latinos remain invisible in mass media and entertainment, and are significantly underrepresented in elected office, corporate America, philanthropy and academia. And this invisibility is directly tied to the lack of descriptive and substantive representation in American politics.

For far too long, the failure of our nation's political elite to fully recognize the power of nonwhite voters, nonwhite interests and nonwhite candidates has not just costing us time, money and, ultimately, elections. It's now also cost us the unnecessary loss of American lives.

Given the growth of Latinx voters in key states across the nation, it is no longer acceptable to ignore their power or the organizers who are delivering wins on the ground. If Democrats are to prevail in the future, now is the time to focus on a long-game strategy of real organizing and mobilization to not just win the next election, but to fundamentally shift the political landscape.

Sonja Diaz is the founding director of the UCLA Latino Policy and Politics Initiative.