Kangaroos, an Australian icon, are being butchered to feed the pet food industry 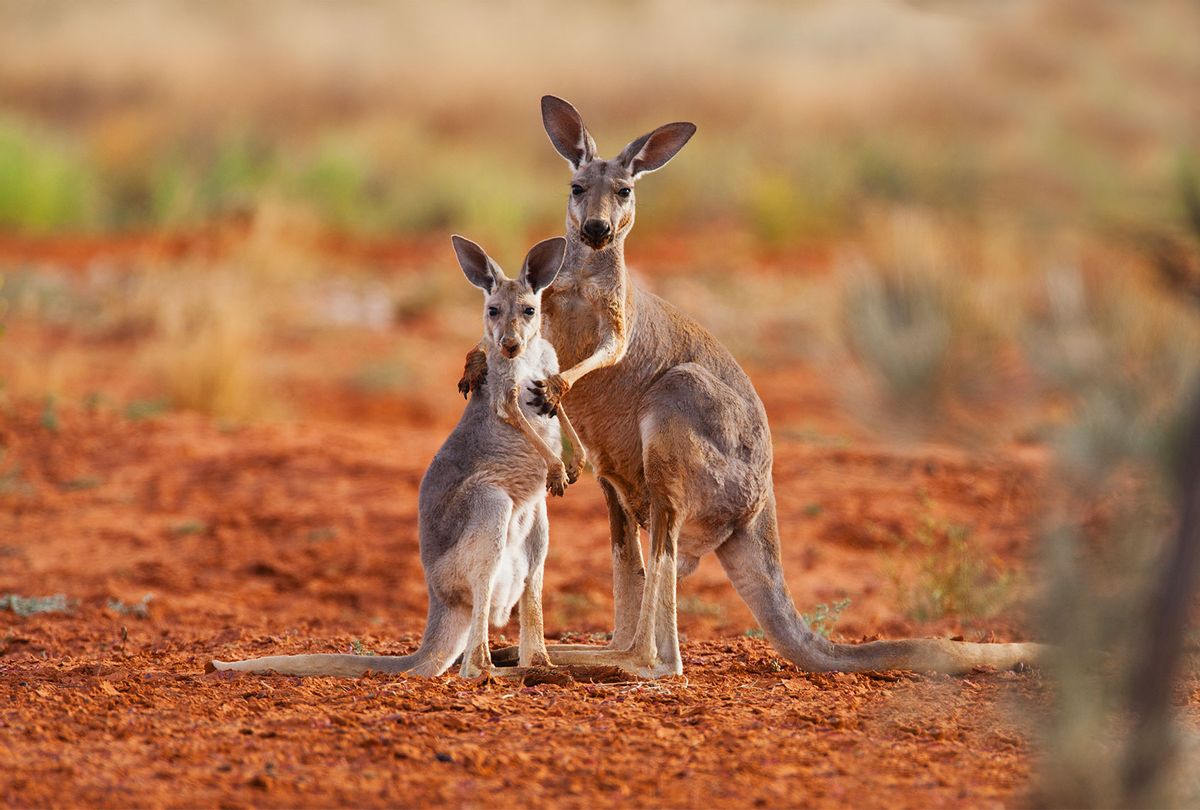 Certainly, it is no secret that pet foods can contain a variety of different meats. A popular pet food review website lists many of the dog foods that are at least partially comprised of kangaroo meat; Chewy.com sells a number of kangaroo-based products including dog jerky and dog treats. Yet kangaroo meat has been accused of contamination, as Save Kangaroos organizers noted in a recent press release. In September the Real Pet Food Company recalled bags of Billy+Margot Wild Kangaroo and Superfoods pet food because of potential Salmonella contamination. Although it has not been demonstrated definitively that the contamination was specifically related to the kangaroo meat, the correlation between the two is suspect.

Meanwhile, Save Kangaroos campaigners' larger concern is the alleged cruelty that is inflicted upon kangaroos who are butchered for their skins and meat.

"The killing of kangaroos is the world's largest land-based wildlife slaughter in the world and commercial trade in wildlife," Lauren Ornelas, founder of the Food Empowerment Project, told Salon. "Approximately 1.5 million kangaroos were killed in 2018. This is a government sanctioned and supported industry in Australia. The manner in which kangaroos are killed is they are shot at night and frequently stomped or beaten to death. And then often their carcasses or dead animals are kept in the Bush for up to a couple of weeks, and the meat of the kangaroos is sold both for humans and for dogs and cats, and a lot of this meat is exported to the United States where it is sold."

Ornelas told Salon that kangaroo hunters will use a spotlight that "forces the kangaroo to basically freeze." Although kangaroos are supposed to be shot in the head to minimize their suffering, "the vast majority of them are not shot in the head. They're injured and maimed," Ornelas said.

She added that the joeys "will then kind of be left to suffer and die at exposure. The baby may also be, according to the code of practice, bludgeoned to death or decapitated, and the method in which they bludgeon the babies can be stomping them with their foot or smashing their head against their trucks. They are told to kill the baby if there's a baby in the mom's pouch as well."

Kate McIntyre Clere, co-director of the award-winning 2017 documentary "Kangaroo: A Love-Hate Story," echoed Ornelas' observations about the cruelty toward kangaroos.

"The industry, as you see in film, is done at night, in the Bush, and often in Australia, a long way from other humans. So there's no regulation or monitoring that takes place," Clere explained. "So when you're killing a kangaroo from quite far away from you, you often miss, and there has been data to show that up to 40% can be mid-shot. That's the first thing. The adult animals that are killed, if they're mid-shot, they just pretty much bounce around with that splinted shoulder or whatever has been hurt until they die, basically, because they're not going to be caught in the dark at night."

Clere also expressed concern about the quality of kangaroo meat itself.

"This really affects America too," Clere said, referring to how much meat is exported there. "It's incredibly unhygienic . . . . the shooter shoot[s] the animal then butchers it on site. So this is a dusty outback of Australia, much like the dusty outback of America, and there's no refrigeration on their tracks. It's just hooks. So this beheaded, dismembered, gutted kangaroo is then hooked on the back of the truck and bounced around the back for what can be up to 12 hours. The rule, not the law, is that they have to have them in two hours after sunrise."

"Kangaroo meat is known to be contaminated on occasion with Salmonella spp, high levels of e. coli, Toxoplasmosis, and Listeria, and Coxiella," Ben-Ami told Salon by email. "Depending on the type, Salmonella can cause upset stomach to more severe distress. Listeria can cause neurological damage. Cats can be carriers of Toxoplasmosis and Coxiella, both of which can have severe health impacts in their owners."

Greg Keightley, a kangaroo rescuer/carer who with his partner Diane Smith has been filming commercial kangaroo shooters for years (and whose footage appears in "Kangaroo: A Love-Hate Story"), told Salon about how he advises Australian Member of Parliament (MP) Mark Pearson on issues of kangaroo protection. Pearson was elected to the New South Wales parliament's upper house in 2015 as a member of the Animal Justice Party (AJP). Although Pearson was the first AJP member to be elected to an Australian parliament, the AJP has since elected two other MPs, one in Victoria and another one in New South Wales.

"The government allows kangaroos to be killed, often in the most inhumane ways for vested interest profit, or when they get in the way of our developing urban spread or when they are perceived to be in conflict with farming and agriculture," Keightley told Salon. "What I found over the last 15 years has lead me to advocate for better outcomes for kangaroos. I purchased a large rural property in NSW [New South Wales] to conserve, protect and research into kangaroos and their relationship with commercial land users (agriculture)."

Keightly said his experiences and observations were harrowing, and he became "eyewitness" to "commercial killing of kangaroos for profit." "I have seen the way kangaroos are misshot and left to die in horrendous situations," he said. "I have witnessed the ease at which farming properties can remove kangaroos from the landscape to mitigate risk of loss of productivity from farming land."

Salon reached out to the Kangaroo Industries Association of Australia for its comments on the humanitarian and hygiene concerns. A spokesperson replied that "such claims are not based on independent scientific evidence and have been continually disproven over many years."

"The kangaroo industry in Australia upholds some of the toughest food safety standards in the world," the spokesperson claimed. "Compliance is monitored by federal and state regulators and through an independent external audit." The KIAA spokesperson also claimed that "the commercial kangaroo industry prioritises animal welfare" and adheres to a humane code for harvesting kangaroos developed by animal advocates.

Australia's Department of Agriculture wrote to Salon that it "take[s] the welfare of kangaroos very seriously" and said that "commercial harvesting of kangaroos in Australia is subject to a comprehensive legal framework and management approach by the Australian Government (in relation to exports) and state and territory governments."

They also wrote that "none of the kangaroo species harvested for commercial export are listed as threatened under the EPBC Act. All are considered to be widespread and abundant, and none are listed under the Convention on International Trade in Endangered Species of Wild Fauna and Flora."

Salon reached out to Chewy and Real Pet Food Company for comment and did not hear back as of the time of this publication.