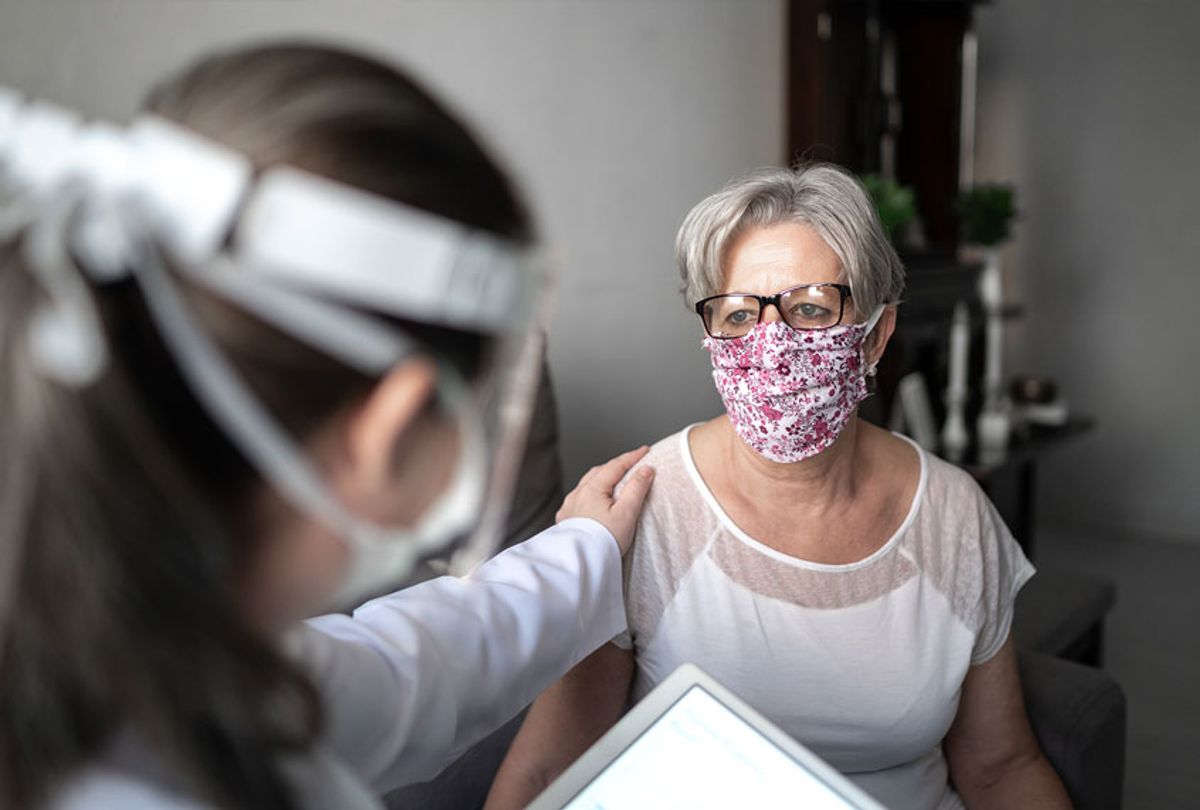 Team Trump is trying to force our nation's low-income elderly, blind and disabled out of their own homes and into death trap nursing homes during the coronavirus pandemic.

Joseph Hunt, who has since left the Justice Department, represented the Trump administration in a California lawsuit over Trump efforts to weaken working conditions for low-paid aides who help our nation's elderly and disabled stay in their homes. The workers, mostly female, do chores like cooking meals, changing adult diapers and helping with baths.

Hunt asked federal Judge Vince Chhabria to throw out the lawsuit brought by California and five other states. Chhabria, an Obama appointee, heard arguments on the case in February but has not yet ruled.

In 2019, Seema Verma, Trump's administrator for the Centers for Medicare and Medicaid Services, signed a rule in that strips states of the ability to withhold part of the paychecks of some health homecare workers for things like health insurance and voluntary union dues. The states in the lawsuit could lose $6 billion in federal Medicaid funding if they don't comply.

"This rule jeopardizes the health of vulnerable Californians who are currently able to live at home," said California Attorney General Xavier Becerra.

The move is another effort by the Trump administration to weaken unions such as the American Federation of State, County and Municipal Employees and Service Employees International Union. The unions have negotiated contracts for home healthcare workers that include health insurance, higher wages and other benefits.

Home health workers may have turnover rates of 82% or higher because of low pay, sometimes below the poverty rate, and frequent injuries. The workers the Trump rule targets are hired by the people they care for and paid with Medicaid dollars to help them stay in their homes.

Our nation's goal is to spend more than half of Medicaid long-term care funding on care within the home and community rather than more expensive institutional settings like nursing homes.  Nursing homes have become Trump death traps during the pandemic as Team Trump rolled back fines and proposed to weaken rules for infection prevention employees.

So far, more than 65,000 people have died of COVID-19 in these Trump death traps. Brian Ballard, the former chairman of Trump's fundraising committee, is one of the 37 lobbyists of the American Health Care Association which represents nursing homes.

Medicaid programs in California and the other states that sued over the Trump rule serve more than 700,000 people at risk of being put in nursing homes without care from home health workers.

A string of court cases decided by conservative judges have made it more difficult for unions to collect dues. In Janus v. AFSCME, the Supreme Court decided 5-4 that public employees do not have to pay union fees to help cover the costs of collective bargaining.

In 2014, in Harris v. Quinn, the Supreme Court ruled Illinois home care workers can't be forced to financially support a union they didn't want to join.