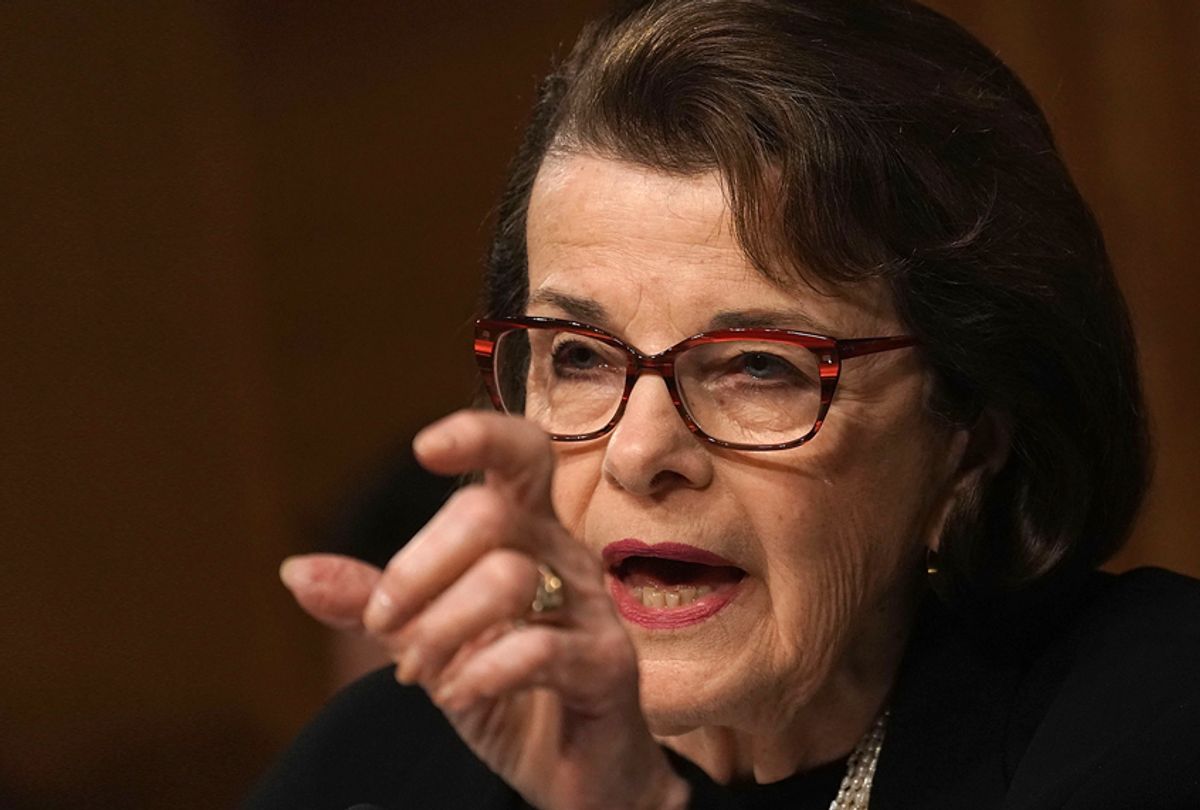 Democratic Sen. Dianne Feinstein (CA) announced Monday that she will not seek a leadership position in the Senate Judiciary Committee in the new Congress.

Feinstein's tenure as the ranking member has been fraught with complaints by Democrats for refusing to challenge Republicans in the committee about President Donald Trump's recent Supreme Court appointee. Once the hearing had finished, Feinstein thanked committee chair Sen. Lindsey Graham (R-SC), saying, "This has been one of the best Senate hearings I have participated in."

Progressives felt it legitimized a process that flew in the face of the GOP-imposed rule that no president could appoint a Supreme Court Justice in the final year of his or her presidency. It was a rule Republicans invented after former Justice Antonin Scalia died suddenly. But even after inventing the rule, Republicans refused to play by it, appointing Amy Coney Barrett after the death of legendary Justice Ruth Bader Ginsburg.

Senate Minority Whip Dick Durbin (D-IL) is next in line for the chairmanship.

The 87-year-old California Democrat is one of few on the committee who never attended law school.