From an experimental Japanese Breakfast track to music from one of the "godfathers of lo-fi," we have you covered 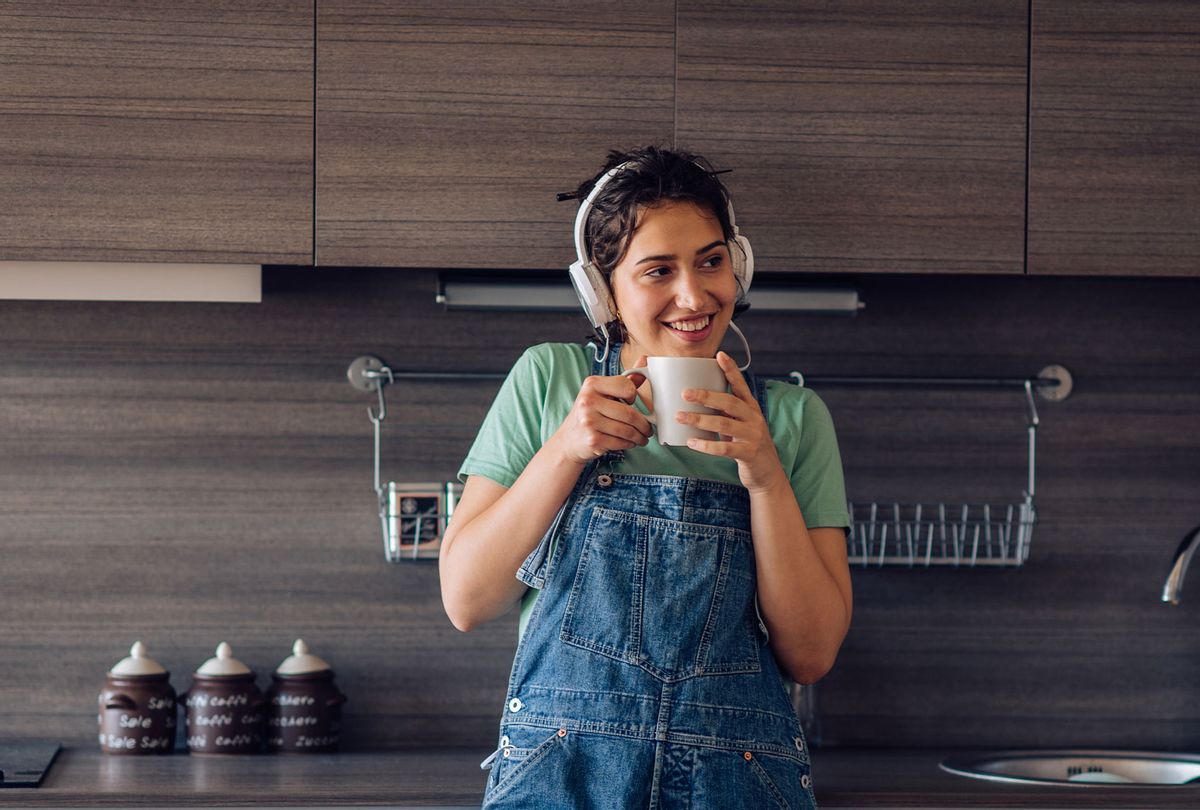 Lo-fi music,  a genre crafted from mellow, repetitive beats, has boomed during the pandemic.

Why? Well, as Jessica Stillman reported for Inc., with kids at home, offices shuttered and stress at an all-time high, people are hungry for escape. Lo-fi (which often dovetails with similar downtempo music like "chillhop") offers a mental respite.

"The basic idea is this: the wordless music peppered with nostalgic sounds like the 'sizzle' of a vinyl record is neither so slow it makes you sleepy, nor so fast it makes you anxious," Stillman wrote. "It's neither so boring you forget it entirely, nor so interesting it distracts you from your work. Instead it gives your brain just enough stimulation to tune out stress and be productive."

I can attest to this. Since March, the popular YouTube channel lofi hip hop radio - beats to relax/study to — which averages 50,000 listeners at a time — has been a staple in my home. The synthy, subdued tracks really have helped me tune out of the pandemic distractions in order to do things like work, meal prep and sleep.

Heading into an unprecedented holiday season, I've bookmarked some stand-out songs that you should incorporate into your lo-fi playlists. They're the perfect soundtrack for cooking holiday meals, high-stress family interactions (or Zoom calls), or just surviving the pandemic in general.

Nujabes is the stage name of  the late Japanese composer and producer Jun Seba. As Kevin Cortez wrote for Genius, the artist is revered as one of the "godfathers of lo-fi" and, as KQED published, "a search on Spotify unveils dozens of playlists dedicated to Nujabes, who crafted lushly immersive arrangements of hip-hop, jazz fusion and house tracks."

"Letter from Yokosuka" is one of Nujabes' more mellow instrumental pieces, but — with a gorgeous saxophone track from his frequent collaborator Uyama Hiroto — it's totally captivating with jazz and traditional Japanese music influences.

HM Surf is a Norweigan artist who, per their recent Reddit AMA, lives in a cabin in the woods where they produce music and record ambient forest sounds with their miniature Zoom recorder. Those sounds tend to find their way into HM Surf's music, like "Sugar Haze," a sweet, dreamy loop augmented with nature ambience. I feel like this song comes as close as humanly possible to capturing in song the feeling of snacking on a piece of perfectly ripe fruit while sitting in a small sliver of sunlight by your apartment window.

Sophie Meiers is a 20-something singer, songwriter, and producer who — in Gen Z fashion — started her career by collaborating with different musicians over Soundcloud. Inspired by Nujabes and Erykah Badu, Meiers said in an interview with Revolt that she was drawn to lo-fi because of the "crunchy and smooth tones of samples hypnotically pacing along with steady hip hop bumps."

"Sincerely Yours" shows off her warm vocals and introspective lyrics

The brand Brainstory definitely wouldn't be classified as lo- or chill-fi; the California-based trio of brothers, who have toured with Chicano Batman, draw inspiration from '60s and '70s psychedelic pop. But the instrumental version of their song, "Mnemophobia" has this kind of crackly, beachy sound that evokes images of an oceanside campfire on a chilly evening.

"Moon on the Bath," Japanese Breakfast

Japanese Breakfast is the musical project of Michelle Zauner who is well-known for her spacy pop songs like "Everybody Loves You," which displays, as Vanyaland put it in 2016, "musicianship with a distinct bite." She's a beloved live performer — her Tiny Desk performance, for instance, has over a half-million views — but her experimental instrumental tracks, like "Moon on the Bath" belong on any soothing playlist you create.

Joachim — an avid collector of old hip-hop, jazz and soul records — was born in the Philippines and raised in San Diego, California. He began DJ-ing in the '90s, then transitioned into producing soulful instrumental albums with distinctive percussive tracks and hypnotic melodies. "Eleven" is a solid sample of his work.

The lyrics of Scallops Hotel — one of the several stage names of Chicago-born rapper and producer Rory Ferreira — are exceptionally witty and self-aware; a favorite of mine comes from Bookoo Bread Co., where Ferreira sings, "My mind is not a radio broadcasting/ Pull up the collar on my London Fog/ Rap is all monologue."

But even when you strip it down, the instrumentals of "Bookoo Bread Co." are as contemplative, complex and soothing as the lyrics.