Monolith discovered in Utah desert has everyone buzzing over "2001: A Space Odyssey"

To prevent tourists from traveling out into the desert, the location of the monolith is not being given 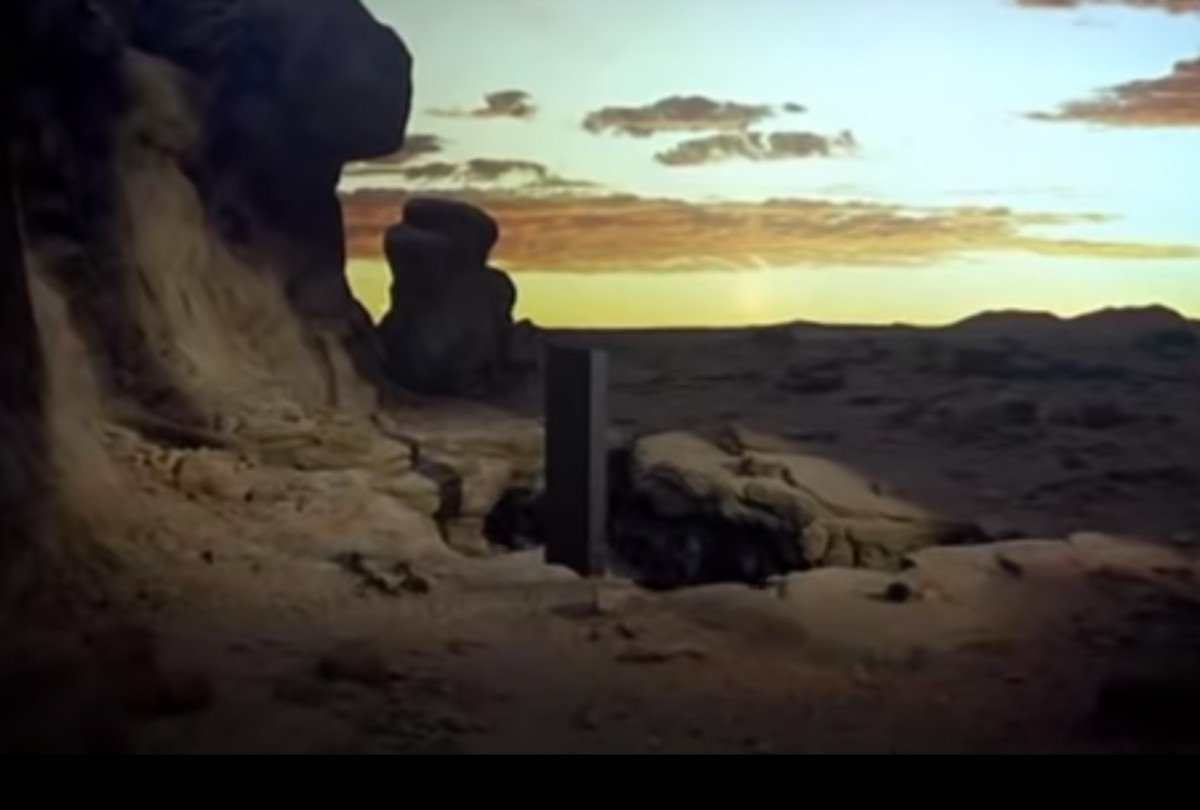 Stanley Kubrick's "2001: A Space Odyssey" continues to generate headlines 52 years after it first opened in theaters. The science-fiction epic is back in the news after crew members from the Utah Department of Public Safety and the Utah Division of Wildlife Resources discovered a silver monolith out in the Utah desert. The solid object stood about 10 to 12 feet high. The monolith's exact location was not given as to prevent people from traveling out into the desert.

Helicopter pilot Bret Hutchings told Salt Lake City broadcaster KSL-TV the monolith appeared planted by an anonymous person, with wildlife crew guessing the slab was constructed by an artist or fan of Kubrick's science-fiction landmark. Hutchings quipped, "We were joking around that if one of us suddenly disappears, I guess the rest of us make a run for it…That's been about the strangest thing that I've come across out there in all my years of flying."

The monolith was first discovered Wednesday, November 18 as Hutchings and his crew were flying over the desert counting bighorn sheep. The wildlife crew noticed the monolith sticking up out of a rock and landed the helicopter to investigate.

"One of the biologists is the one who spotted it and we just happened to fly directly over the top of it," Hutchings told KSL-TV. "He was like, 'Whoa, whoa, whoa, turn around, turn around!' And I was like, 'What.' And he's like, 'There's this thing back there — we've got to go look at it!' We were thinking, is this something NASA stuck up there or something? Are they bouncing satellites off it?"

The monolith appears in "2001: A Space Odyssey" at pivotal moments in history to provide a higher consciousness to whomever comes across its path. When the apes discover the monolith during the first chapter of "2001," it's implied the mysterious slab teaches the animal species to use bones as weapons. Later in the film, humanity's discovery of the monolith leads to breakthroughs in artificial intelligence.

Watch KSL-TV's report on the Utah monolith in the video below.