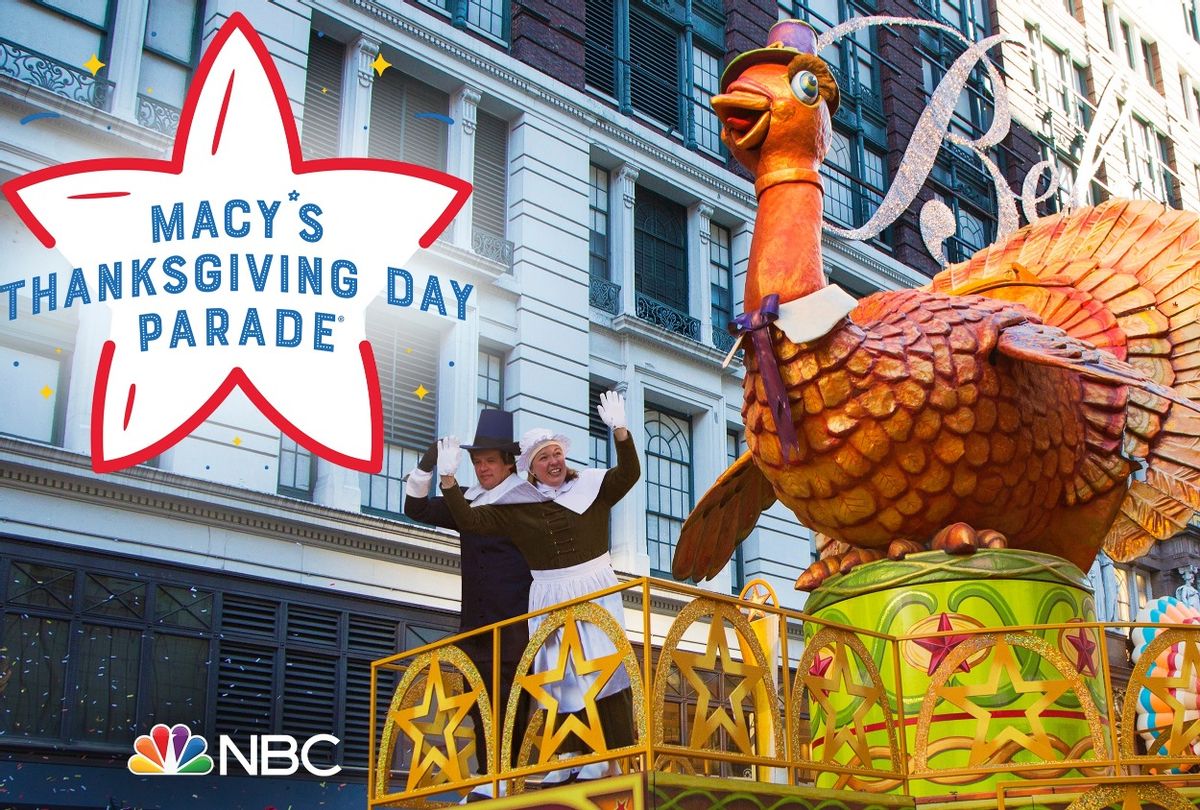 Prep for this year's Macy's Thanksgiving Day Parade on NBC had already been basting for months when the COVID-19 pandemic forced organizers to cook up a new way to pull it off.

"We have to plan this thing about 18 months out, because we do things like select the bands, we design and build our floats, our balloons and everything," said executive producer Susan Tercero. "As you can imagine, when we got to March of this past year, we'd already had a parade plan."

Many of those ingredients still remain: Musical performances, balloons, floats and a Santa Claus finale. But as the months went on and it became apparent that the world still wouldn't be back to normal in the fall, producers came up with a new recipe for this year's event.

The biggest change: This year's 94th annual Macy's Thanksgiving Day Parade will be for television audiences only. There won't be the normal 2.5-mile parade route or crowds along the way; instead, the event will be tied only to the cameras in front of the Macy's Herald Square flagship store on 34th Street in New York City.

"Every year we have two parades: There's the one for New Yorkers who line the parade along the streets, and we knew that couldn't happen, we couldn't march from uptown to downtown," Tercero said. "The other parade is the one that happens on television for 50 million people. We knew that was going to be our safest way of moving forward."

Because the producers are treating this year's parade like a movie set, they've been able to work with the city of New York and the New York Police Department in identifying areas to block off, so that crowds don't try to crash the parade.

Savannah Guthrie, Hoda Kotb and Al Roker of NBC's "Today Show" will host the three-hour telecast, produced by Brad Lachman Prods. Jimmy Fallon and the Roots are scheduled to open the show.

"We found ways to have a balance of both [live and pre-tape]," Tercero said. "We will still be doing it live because there is some magic in that. I think that people are missing live entertainment, one of those things where you never know what's going to happen. And people will want to tune in to see how we put it all together."

The production will be aired seamlessly so that viewers won't necessarily be able to tell what's live and what's not. Some of the balloons, for example, will be live, while others will be pre-taped. According to Macy's and NBC, "the overall number of participants have now been reduced by approximately 88 percent, and split over three days."

Among other changes: No high school or college marching bands (which have been pushed to 2021), as the parade won't include anyone under 18 this year due to health and safety concerns.

"We realized that schools weren't sure where they were going to be [in fall]," Tercero said. Most schools were closed. They did not know if they were even going to have a marching band program in the fall. We had to make that decision quickly for them because there was a lot of unknown in their world."

Instead, this year's parade will rely on performances and elements from other New York City parades that didn't get a chance to march this year, such as the Puerto Rican Day, St. Patrick's Day, NYC Pride, West Indian Day and Coney Island USA Mermaid parades.

"We invited them to come and be a nice representation, really of what New York is and what we all know New York to be," she said. "And we get to share it with people across the country. So while they didn't get to have their parade live and in person this year, they'll get to do a piece of it for 50 million viewers on TV."

Also, instead of the nearly 100 people who usually operate each balloon, Toro tractor vehicles will be towing them.

"You're still going to see them flying high," Tercero said. "It's just the way that they are being carried down the street is different. We have done many, many iterations of this and training to try and make sure that this is the right way to go. I think it's going to still get the same essence and the balloons flying high amongst the buildings that we're used to seeing."

Tercero said Macy's got a taste of how to pivot during the pandemic when it produced a different version of its Fourth of July Fireworks this year. But the Macy's Thanksgiving Parade was a bigger challenge, particularly recently as COVID-19 cases have grown and concerns over gatherings have become more acute in recent weeks.

"We attempted to build a plan to have an event, based on what we knew at the time and a lot of our decisions were made in June and continued to evolve after that," she said. "Every week has brought a different concern for us in the city in this country of where we are in terms of pandemic. And we have had to make adjustments according to that… We're just really excited that we're still able to deliver this this year to everybody in a safe way. That's really our goal."

Besides airing at 9 a.m. ET on NBC, NBCUniversal has also partnered with Verizon for the fifth year to livestream the Macy's Thanksgiving Day Parade on YouTube.com/Verizon, on Twitter via @Verizon and other Verizon Media properties, including Yahoo.

Another holiday special that had to switch gears this year was ABC's "The Wonderful World of Disney: Magical Holiday Celebration," which airs on Thanksgiving at 9 a.m. The fifth annual edition of the special features hosts Derek and Julianne Hough, as well as Trevor Jackson ("Grown-ish") from Walt Disney World. But beyond that, much of the special will feature performance highlights from previous years, including Ciara (2017), Kelly Clarkson (2016), Jason Derulo (2017), Meghan Trainor (2018), Boyz II Men (2016) and Shaggy (2019).