Israeli leader and secretary of state reportedly flew to Saudi Arabia for secret meeting. What was on the agenda? 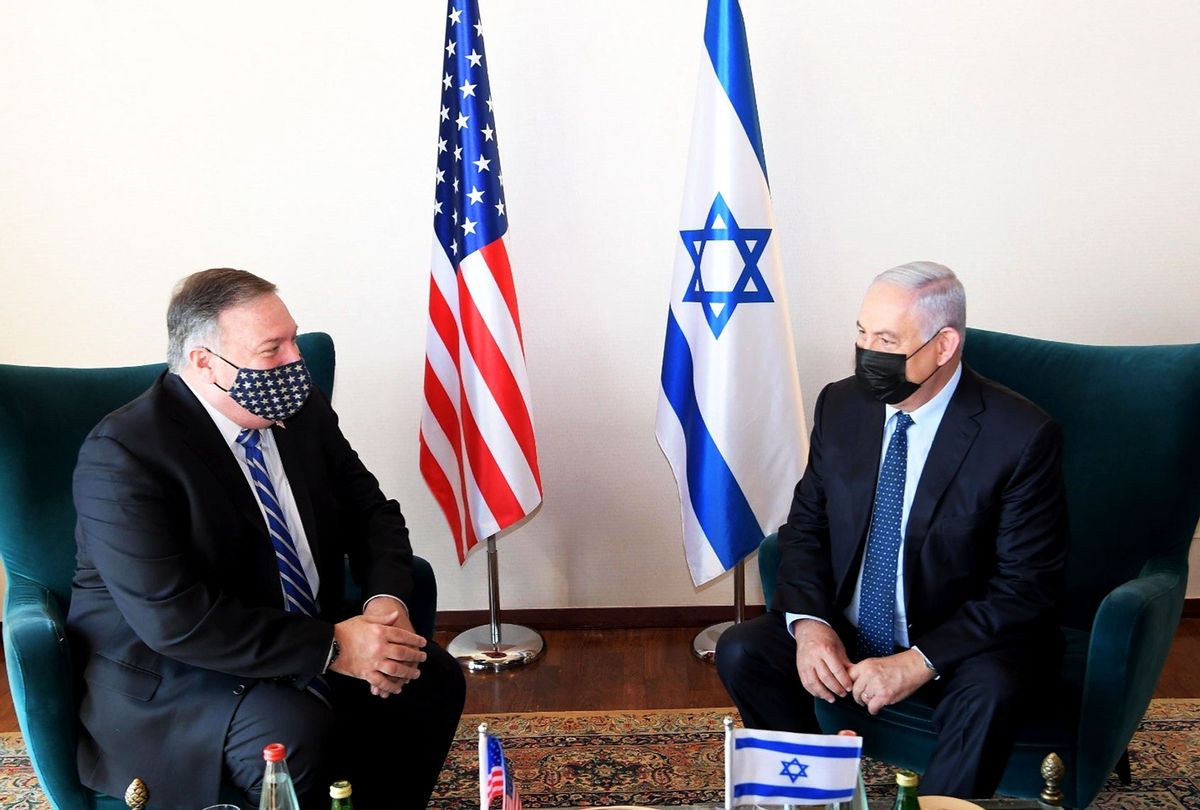 The alarming possibility of a military attack on Iran — a nation that has long been in the sights of war hawks in the United States, Saudi Arabia and Israel — was immediately invoked by foreign policy analysts Monday following reports that Israeli Prime Minister Benjamin Netanyahu met in secret late Sunday with Saudi Crown Prince Mohammed bin Salman and U.S. Secretary of State Mike Pompeo.

Trump's request for military strike options came days after he lost the presidential election to Joe Biden, who has pledged to act quickly to re-enter the Iran nuclear agreement that Trump violated in May of 2018. Contrary to baseless and ongoing allegations by the U.S. and Israel, Iran says it is not developing and has no plans to develop nuclear weapons — a claim UN inspectors have repeatedly verified in recent years.

The context of the Trump administration's aggressive posturing and militaristic threats against Iran fueled critics' concerns following word of the secret meeting between Prince Mohammed, Netanyahu and Pompeo, which was also reportedly attended by Yossi Cohen, director of the Israeli spy agency Mossad.

"It is extremely alarming that the warmongers most reliant on Trump's blank checks are secretly meeting in the middle of the night as the clock nearly runs out on the Trump administration," tweeted foreign policy analyst Omar Baddar. "Do they have Iran in the crosshairs?"

Trita Parsi, executive vice president of the Quincy Institute for Responsible Statecraft, echoed Baddar's fears and raised the additional concern that the "actual target" of the meeting was "the incoming Biden team, with the aim of deterring the U.S. from seeking diplomacy with Tehran."

Despite the public denial by Saudi Foreign Minister Prince Faisal bin Farhan — who tweeted early Monday that "the only officials present" at the meeting "were American and Saudi" — unnamed Saudi officials told the Wall Street Journal that Netanyahu attended the meeting with Pompeo and the prince known around the world as MBS.

Among the topics discussed at the hours-long meeting, according to the Journal, were Iran and normalization of relations between Israel and Saudi Arabia.

Both Netanyahu and Pompeo refused to comment on the meeting, but neither denied that it took place.

Joe Cirincione, a distinguished fellow at the Quincy Institute, warned in an op-ed last week that while unlikely, an attack on Iran by either the U.S. or Israel is a possibility worth taking seriously and guarding against.

"A member of Netanyahu's cabinet, Settlements Minister Tzahi Hanegbi, flatly predicted in early November that Israel will attack Iran if Joe Biden is elected president," Cirincione pointed out. "Ominously, the U.S. Central Command announced ... that it moved a detachment of F-16 fighter-bombers from Germany to the UAE, across the Gulf from Iran."

Returning the U.S. to compliance with the Iran nuclear agreement, argued Cirincione, "would allow the United States to establish a more robust relationship with Iran with regular contacts — as was the case during the Obama administration — that would reduce the risks of conflicts that could escalate, intended or unintended, into a war that would make the wars in Iraq and Afghanistan look trivial in comparison."