Getting engaged in this otherwise hellish year: An act of faith in a shared future 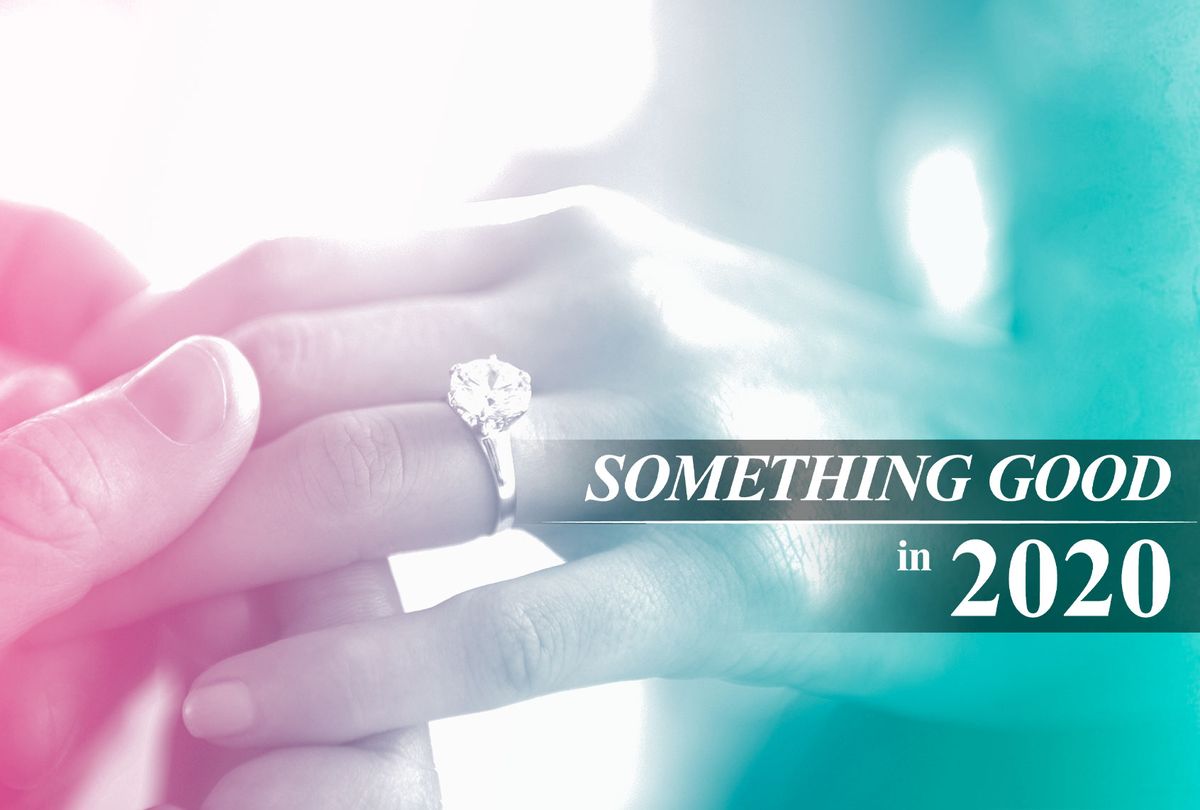 Huddled under a blanket of stars, I complained to my boyfriend that I was feeling extra on edge that evening.

I felt frustrated with the edits I made on my nonfiction book proposal. I was stressed about an article I was writing for work. It was a Sunday in mid-June, and I didn't want to return to Oakland the next day where everything was still closed because of the pandemic. Plus, there was a heatwave and we didn't have air conditioning. I felt safer away from the city, and physically cool, holed up in a small cabin surrounded by the vastness of the Sierra Nevada mountains for the weekend. While Ken insisted we look at the stars, which were pretty and all, I opted to stuff my mouth with Tostitos chips and salsa and spew out word venom instead. Little did I know that he was about to propose.

In true Ken fashion, he turned a not-so-good moment into a good one. He said he loved me so much, even when I'm stressed and anxious, that he wanted to marry me. This wasn't new to me. We had talked about marriage before. But he proceeded to get up from his seat, get down on one knee, and pull out a ring from his pocket.

"Nicole Marie Karlis, will you marry me?"

A mix of adrenaline, shock, and some confusion, rushed through my body. Was this really happening right now? Is this the marriage proposal? Once I realized that this was in fact happening, and it was the marriage proposal, I said "yes." We kissed, and just like that in the span of a minute we went from dating to engaged.

So yes, I'm one of those annoying people who got engaged this year. Comedians have riffed about us and essays have advised against it. We didn't get engaged because the pandemic made us feel some kind of über-romantic way. I realize it's kind of an awkward time. This year is far from being a sunny and fun one. But pandemic or no pandemic, it would have happened. We have a dog and a house together, and it just felt like the next logical step. The change in our relationship status didn't necessarily feel different during a pandemic. Instead, it served as a reminder of what matters most in life, which is the people you spend your time with and love.

Since March, I've spent a lot of time reflecting on how life has changed. I remember the night I felt like everyday-normalcy was about to put on hold. I was at a friend's apartment in San Francisco eating Thai food and drinking wine. Something I did almost every other week with this group of friends. Usually, we'd talk about our jobs and personal lives, but that night there was a peculiar sense of fear and worry in the air. We wondered if what was happening in Italy could happen here. As I walked to BART on my way home, I made more of an effort to soak up the vibe of the city, the feeling of people passing like they have somewhere to be. I'm glad I did because it's a ghost town now. I think about the ways I've changed, too. I will never take an invite to do something fun for granted again when this is all over. I regret the times I cancelled plans because it felt like too much of a production. I've also become better at tolerating boredom, and going to bed early. A tomato plant is actually growing tomatoes in my backyard now.

On New Year's Eve last year, Ken and I had a game night with two friends. Someone suggested we do a tarot card spread to see what our years would look like. I'm not one to regularly dabble in mysticism, but it also doesn't take much convincing for me. I don't remember exactly which cards we pulled, but I remember there were consistent themes within our spreads: turbulence, darkness, but also new life. That same night, we all went around and shared one peak and one valley from 2019. My peak? The house Ken and I bought together. My valley? The grief and intense anxiety that I struggled with after the man who raised me died. If we were to do that again this year, my peak would be our engagement — my valley, the rest of the year. Even in a normal year my peak would be the same.

I think a lot about these occasions; the ones that act as highways and transport us from one place in time to another. The moments that mark a before, and give us a sense of structure to the chaos. Just as one minute after midnight on New Year's Eve carried us into one hell of a year, Ken's proposal marked a new phase of our relationship. I'm not sure what it is about hindsight, but when I look back what sticks out most are the people by my side — and not everyone will be fortunate enough to do that at the end of this year. And that's why getting engaged in the middle of this pandemic reminded me of what matters most. A good year is simply when you end the year and the people you love are still there; the people who will propose to you over Tostitos.