The people in the TV who talk to me: This is what comfort in 2020 feels like

In my kinder and gentler personal version of Cronenberg's "Videodrome," my favorite shows kept me company at home 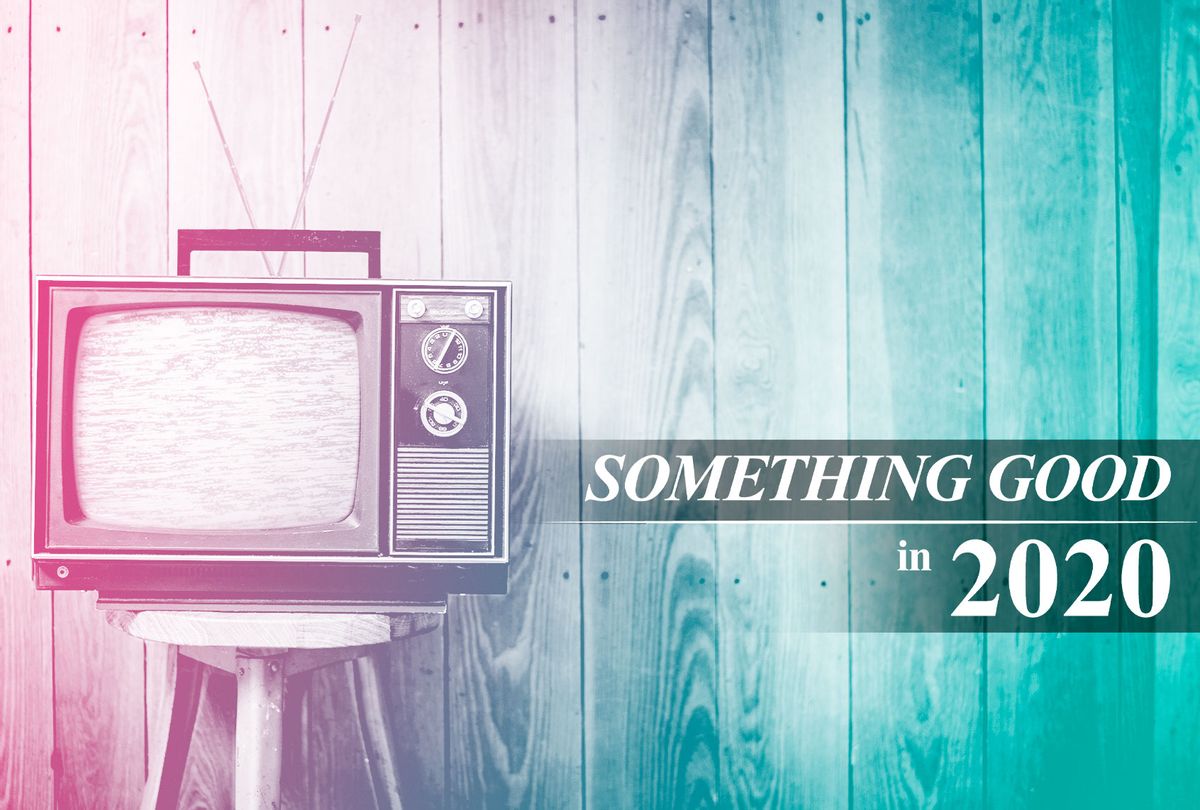 One good thing for the horrible year that was 2020?

My best friend's father said that there are some thoughts that should be kept private and part of the problem with the world today is that everyone has a means and compulsion to share them on the internet and elsewhere. I agree with him. But in this one instance, I will bend his rule.

My first impulse, that one good thing, was to channel Paul Beatty's wondrous award-winning book "The Sellout" where he writes: "That's the problem with history, we like to think it's a book—that we can turn the page and move the fuck on. But history isn't the paper it's printed on. It's memory, and memory is time, emotions, and song. History is the things that stay with you."

For now, I will keep those thoughts to myself.

In the spirit in which the question was asked, my one good thing for 2020 are the people on the video screen who talk to me, in my kinder and gentler version of David Cronenberg's film "Videodrome."

Several weeks ago, I realized that "Star Trek" is so comforting to me because it shows a world where in Starfleet and the Federation there are competent leaders, aliens and humans alike, working together to solve a problem. We in America should be so lucky.

The second season of the TV series "Hap and Leonard," which is based on my friend Joe Lansdale's novels of the same name, is one of the great stories in recent memory. The sincerity of Hap and Leonard's friendship — one a black gay Republican and the other a former white hippie and antiwar protester — and their various adventures (and mishaps) makes me happy.

John Witherspoon passed away in October of last year. We have his work in the "Friday" films. We have the cartoon series "Boondocks." But watching Witherspoon's YouTube series "Cooking for Poor People" and then making the same recipes while mimicking his monologue is a damn good thing for the year 2020, or any other for that matter.

All Elite Wrestling (AEW) is "not my cup of tea," as they say. But listening to Jim Ross, the voice of my and many other folks' childhoods, do commentary (and lots of teaching about the art and sport of professional wrestling, for those who are listening carefully) brings me comfort. Jim Cornette's weekly and very spirited critique of AEW on his two podcasts is also great fun to listen to. And of course, Roman Reigns and Paul Heyman, now finally together after all these years in the WWE, are creating a beautiful story together. These are all good things about 2020.

I have never been to Texas. But I love the cartoon series "King of the Hill" and I know Hank, Bobby, Peggy, Luanne, Bill, Dale, Boomhauer, John Redcorn, and Nancy very well. It is good to know that Hank Hill, an old school honorable Republican, would have never voted for Donald Trump.

And how can I possibly resist? "Please don't put on Dido!" Digging potholes in the alley is not a way to find true love during the pandemic or any other time either. "King of the Hill" aficionados will immediately get my meaning.

Commentary Something Good In 2020 Tv Year-end