As Biden taps Blinken as Secretary of State, critics denounce support for invasions of Iraq, Libya

"In the U.S., there is no accountability for supporting the worst foreign policy disaster in modern history" 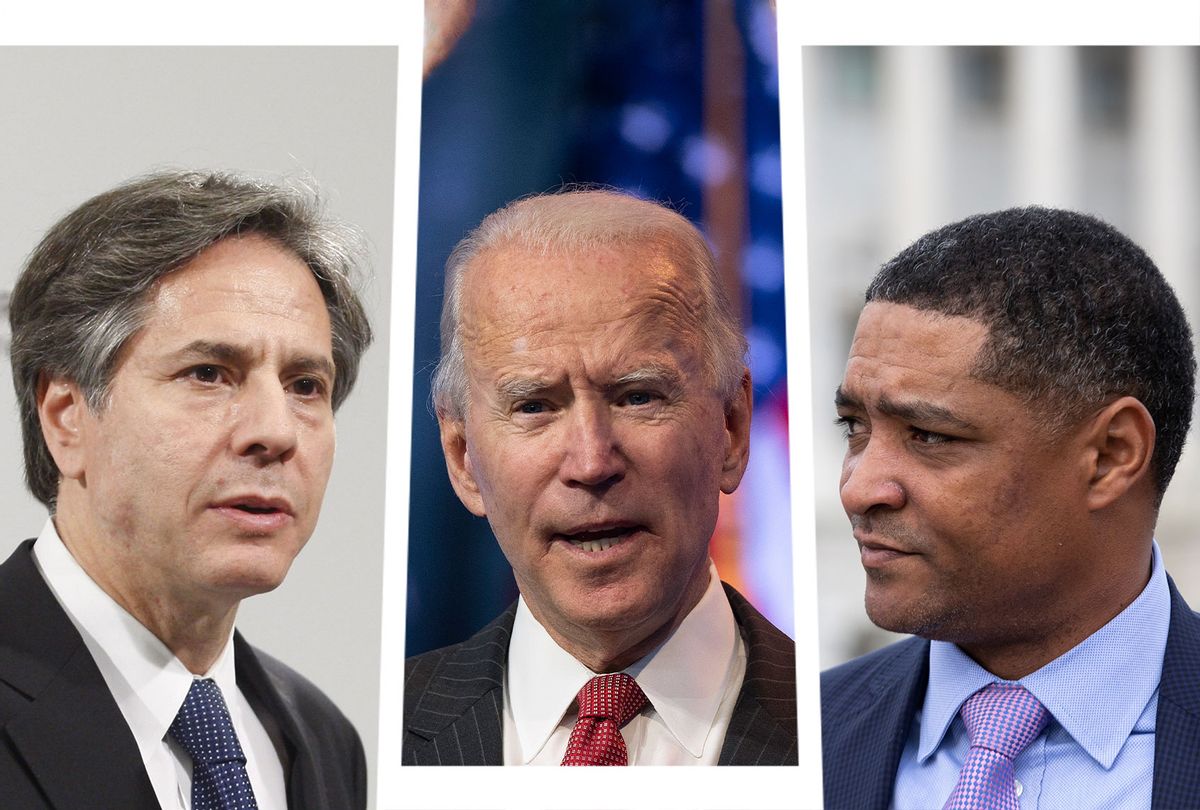 With the upper ranks of President-elect Joe Biden's foreign policy team beginning to take shape after new reporting indicated he plans to nominate long-time adviser Antony Blinken as secretary of state, progressives raised alarm over Blinken's support for the disastrous 2003 U.S. invasion of Iraq and the 2011 assault on Libya as well as his recent consulting work of behalf of corporate clients in the tech, finance, and arms industries.

Blinken served as deputy national security adviser and deputy secretary of state in the Obama administration and, as the Washington Post reported Sunday, "has been described as having a centrist view of the world" and "has also supported interventionist positions."

"He once broke with Biden and supported military action in Libya, for example," the Post noted, referring to the Obama White House's catastrophic decision to join with NATO to bomb that country, an armed intervention that helped unleash a violent civil war that is still ongoing.

When it came to Syria policy under Obama, Blinken is also reported to have supported more aggressive military measures against the government of President Bashar al-Assad and more recently has indicated that the Biden administration would opt for leaving U.S. troops in the war-torn country.

When Biden, then a senator and chairman of the powerful Senate Foreign Relations Committee, voted in 2002 to authorize the Bush administration's disastrous invasion of Iraq—a decision he has since described as a mistake—Blinken was the Democratic staff director of the committee. The Intercept's Ryan Grim reported last July that Blinken "helped craft Biden's own support for the Iraq War"; speaking to the New York Times earlier this year, Blinken characterized the vote to invade Iraq as "a vote for tough diplomacy."

Biden's choice of Blinken—expected to be announced publicly on Tuesday along with a slate of additional nominees—was not universally criticized by progressives. Matt Duss, foreign policy adviser for Sen. Bernie Sanders (I-Vt.), called Blinken "a good choice."

"Tony has the strong confidence of the president-elect and the knowledge and experience for the important work of rebuilding U.S. diplomacy," said Duss. "It will also be a new and great thing to have a top diplomat who has regularly engaged with progressive grassroots."

After leaving the Obama administration, Blinken in 2017 co-founded the consultancy firm WestExec Advisors with Michèle Flournoy, who is believed to be a leading candidate to serve as Biden's defense secretary. As The American Prospect reported in July:

WestExec would only divulge that it began working with "Fortune 100 types," including large U.S. tech; financial services, including global-asset managers; aerospace and defense; emerging U.S. tech; and nonprofits.

The Prospect can confirm that one of those clients is the Israeli artificial-intelligence company Windward. With surveillance software that tracks ships in real time, two former Israeli naval intelligence officers established the company in 2010...

Despite multiple requests, neither the firm nor the Biden campaign would provide WestExec Advisors' client list. "Transparency is very important to us," said a Biden spokesperson. Blinken had recused himself from work at WestExec, according to the campaign, yet his profile remains on the consultancy's website.

Biden's reported selection of Blinken, and potential selection of Flournoy, to serve in two of his administration's top foreign policy roles is likely to draw rebuke from progressives who have demanded that the president-elect assemble a cabinet committed to peace and diplomacy and free from the corrupting influence of weapons manufacturers, defense contractors, and other powerful corporate interests.

"Biden has been facing calls from Democratic lawmakers and progressive advocacy groups to end the revolving door between government and the defense industry," The Daily Poster's Julia Rock and Andrew Perez noted Monday morning. "One-third of the members of Biden transition's Depart­ment of Defense agency review team were most recently employed by 'orga­ni­za­tions, think tanks, or com­pa­nies that either direct­ly receive mon­ey from the weapons indus­try, or are part of this indus­try,' according to reporting from In These Times."

"Meanwhile," Rock and Perez added, "defense executives have been boasting about their close relationship with Biden and expressing confidence that there will not be much change in Pentagon policy."

Rep. Ro Khanna (D-Calif.), the first vice chair of the Congressional Progressive Caucus (CPC), pointed out on Twitter that, similar to Blinken, "Flournoy supported the war in Iraq and Libya, criticized Obama on Syria, and helped craft the surge in Afghanistan."

"I want to support the president's picks," added Khanna. "But will Flournoy now commit to a full withdrawal from Afghanistan and a ban on arms sales to the Saudis to end the Yemen war?"

Rep. Ilhan Omar (D-Minn.), also a member of the CPC, said in response to Khanna that the "bigger question is will Biden commit to that."

"Ultimately," said Omar, "it will be Biden's foreign policy that his administration will execute."