How to avoid another 2020 election

The U.S.’s embarrassing problems with something as basic as voter registration should serve as a wake-up call 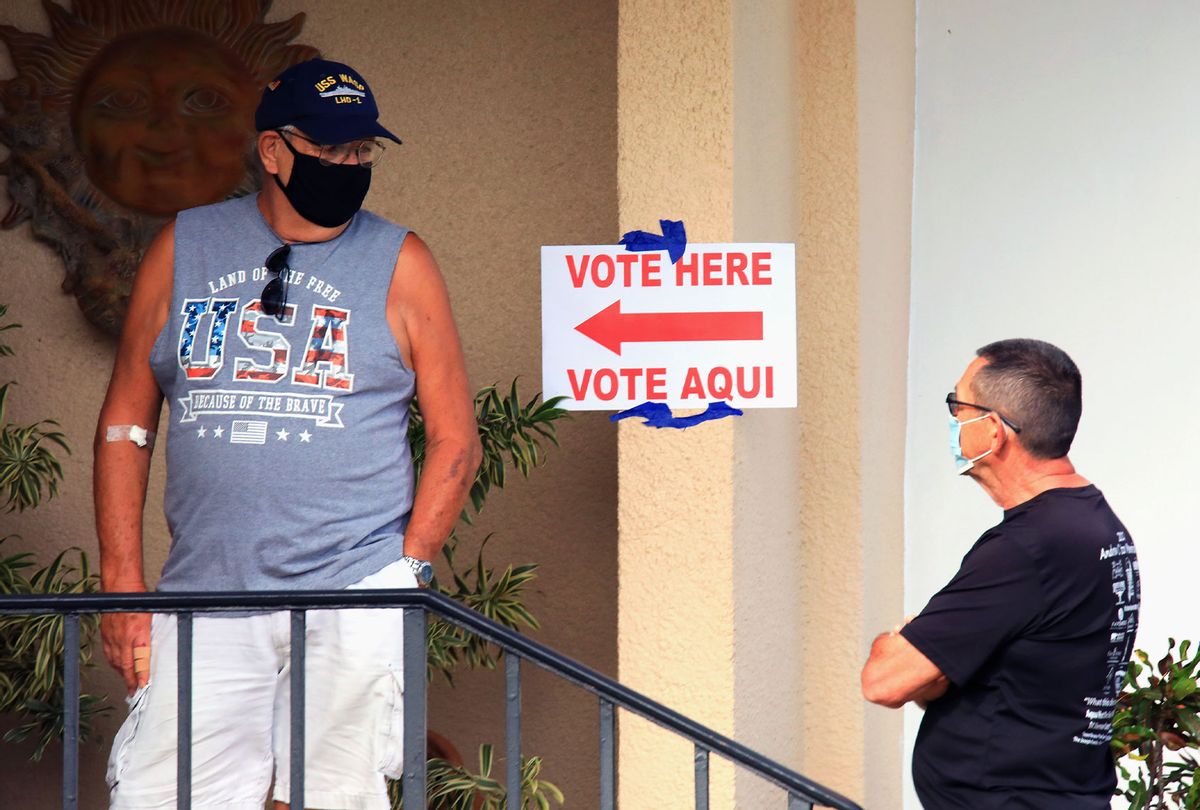 Voters wait in line to cast their vote at the Covered Bridge Condominiums on November 03, 2020 in Lake Worth, Florida. (Bruce Bennett/Getty Images)
--

Throughout the 2020 U.S. presidential election, the ghosts of 2000, hanging chads and Bush v. Gore were rapping loudly at the door.

For many members of the American public, voting has become a confusing ritual, even if one does not take the latest twist into account — a president who refused to accept that he lost the election.

With so much ongoing confusion over democratic procedures and norms in the middle of a pandemic, the United States is starting to look like a type of banana republic. This matters all the more gravely as it loves to lecture other nations about their democratic deficits and electoral shortcomings.

A key part of the prevailing confusion is that election management in the United States amounts to a decentralized hodgepodge spread across 3,000 counties and 9,000 townships — with few national standards to guide them.

Imagine if U.S. railways, highways or airports had no consistent, national regulations. Travel from state to state would be mired in conflicting regulations and varying quality.

The United States provides more oversight and security to the gaming industry and slot machines than it does to its election administration.

It doesn't have to be this way. Whenever the Biden administration takes office, it should launch a bipartisan effort to make voting more efficient, effective and secure.

Here are crucial steps toward realizing those goals.

Most established democracies around the world use a nonpartisan national election commission to establish nationwide standards and uniformity — as well as to foster accountability.

A national commission in the United States could, for example, promote "best practices" in the use of mailed/absentee ballots, voter registration, testing and quality of voting equipment, voting equipment deployed per capita, recounts, poll worker training and many other details.

Whenever a recount happens, it would be a comfort to know that well-researched "best practices" are being used for such a painstaking procedure that keeps partisanship out of the results.

In New York's June primary, there was mass confusion that led to upwards of 20% of absentee ballots being tossed out. But other election details are similarly problematic.

For example, following an election, one of the best safeguards used to detect malfunctioning voting equipment or fraud is an audit consisting of a manual hand recount of randomly selected precincts.

Yet, there is no uniform standard for the number of ballots that need to be hand recounted to provide adequate security. Some U.S. states require that 5% of precincts be recounted. Others require 4%. Still others require only 1%.

Which number reflects best practice? Nobody seems to know — or is attempting to figure it out.

Just as the National Highway Board is empowered to set standards for highway design and construction, a national elections commission should have the authority to create minimum standards that states must follow to ensure the quality of elections.

Following the 2000 meltdown, the U.S. Election Assistance Commission (EAC) was created. It had the potential to play this role. But its funding and authority have been consistently undermined by partisanship and state officials' parochialism.

For most of Donald Trump's term, the EAC has lacked a fully-appointed commission — or even an executive director. Commissioner Ben Hovland told a House committee that the EACs entire budget is less than what Kansas City spends on pothole repair.

A more robust EAC could partner with the states and counties to establish nationwide standards for high-quality elections. It also could provide rigorous evaluation of what works and propagate best practices.

Federal funding should be ongoing to help states pay for their critical needs for maintaining the nation's electoral infrastructure.

We Americans should have learned this lesson in the 2000 presidential election when Katherine Harris oversaw the Florida election as both secretary of state — and co-chair of GOP candidate George W. Bush's election committee.

In 2018 in Georgia, Secretary of State Brian Kemp, a Republican, oversaw the election in which he was running for governor (he won).

Not to be outdone, a few years ago the (Democratic) secretary of state in West Virginia oversaw his gubernatorial election (he also won).

To avoid conflicts of interests, election officials should be forbidden from serving as co-chairs of campaigns, and clear regulations and ethical guidelines should restrict their partisan involvement or running their own elections.

In addition to applying the principle of nonpartisanship, election administrations in the US should be upgraded to a professional civil service position as a way of ensuring competence and training.

Yet, there are no vocational schools or degree programs where one can learn how to administer such a highly complex process. It's all on-the-job training — or training by the voting equipment companies (that often have conflicts of interest).

The United States has more problems with voter registration than any other established democracy. Only in the United States is registering voters obstructed by ridiculous levels of toxic partisanship

That is because the United States is one of the few democracies that does not practice automatic/universal voter registration. With automatic voter registration, everyone who is 18 or older and eligible to vote is automatically registered.

There are no forms to fill out – and no partisan games played. In Iraq, a higher share of adult citizens are registered to vote than in the United States. Why? Because the Iraqi government sensibly assumes responsibility for registering its voters.

If the United States had automatic voter registration, it would immediately add another 70 million people to the voter rolls — or nearly one in three eligible voters, disproportionately minority, poor and young adults.

That's because registration occurs in an orderly, steady and rolling process. That's very much unlike the current practice, in which voter registration drives occur in spurts right before major elections and are often contested by partisan organizations that have an incentive to manipulate the voter rolls.

Rosemary Rodriguez, former chair of the EAC, said that problems related to partisan voter registration groups and pre-election litigation over voter eligibility would be minimized with automatic voter registration.

The current U.S. practice also is a major headache for election administrators, who must deal with a surge of late registrants — which can result in insufficient levels of equipment, polling stations and poll workers.

Voters suffer by waiting in long lines. Hence, implementing automatic voter registration would be one of the most important civil rights gains since the Voting Rights Act of 1965.

The United States' embarrassing problems with something as basic as voter registration — as well as other parts of our creaking election infrastructure — should serve as a wake-up call.

The United States' antiquated practices are inadequate for the 21st century. It's a wonder things run as well as they do. If we Americans cannot trust the integrity of our elections — whether because of poor administration, lousy technology or partisanship — it will result in widespread apathy and resignation.

That, more than any single candidate or populist demogogue, will damage our democracy.