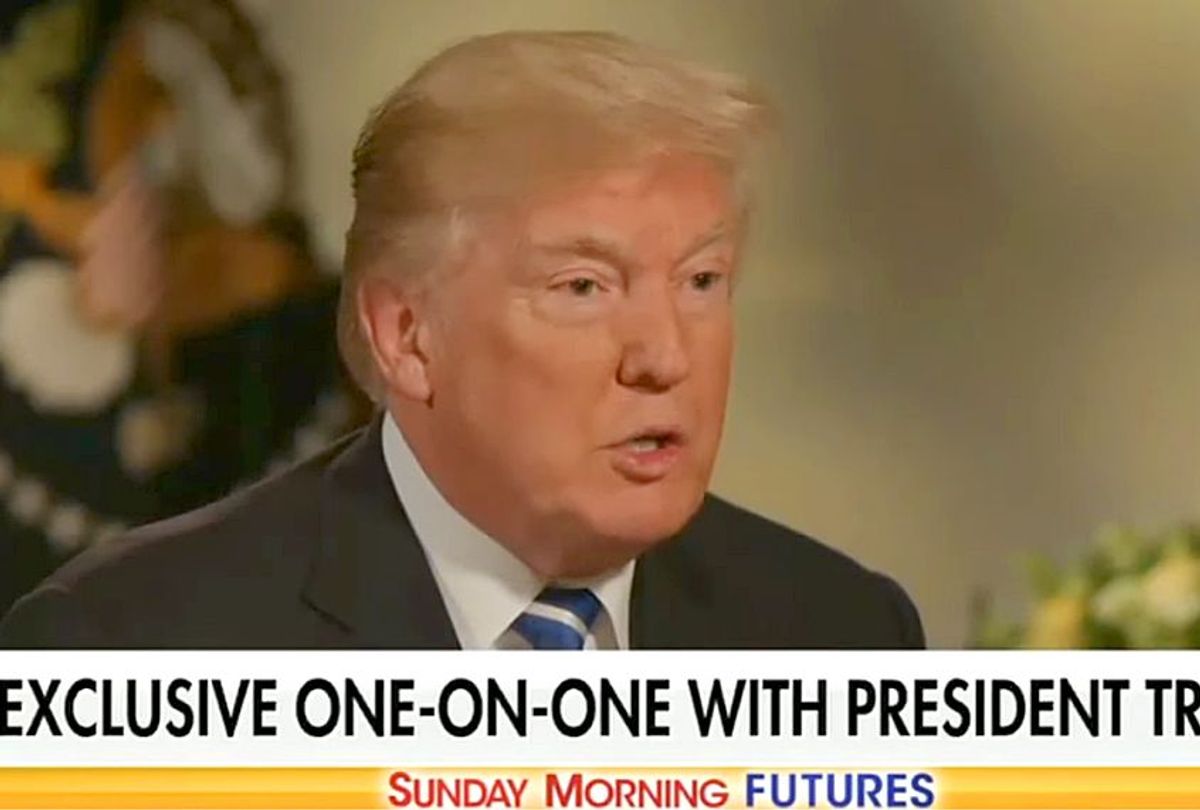 Fox Business host Maria Bartiromo was buried under an avalanche of criticism on Sunday morning after she allowed Donald Trump to spew outrageous assertions about 2020 election interference unchecked in what one conservative called an "infomercial" chock full of unfounded claims.

With the president ranging far afield — at one time saying the FBI and his own Justice Department was involved in the conspiracy to deny him a second term — the Fox host sat by, occasionally encouraging the president on.

According to Amanda Carpenter, a former speechwriter to Sen. Ted Cruz (R-TX), Bartiromo's behavior with the president is a problem for the Fox News family.

"Let's be clear. Maria Bartiromo is not interviewing the President rn. She is providing him a free platform to feed his base talking points uncontested. (Yum yum!) This is propaganda," she tweeted before adding she would be on CNN to discuss the Fox host. She then added, "Watching Maria is like watching an infomercial. 'Can you tell me more about how, how this blender could really make me a smoothie? Please show me how!' This is the level of questioning we are seeing here. Whew Maria went all in on at least three different conspiracies at the 10:42 min mark. She's way off the deep end. This isn't a Trump problem, it's a Fox problem."

Carpenter was not the only one to bury Bartiromo, as critics piled on after the interview as you can see below: