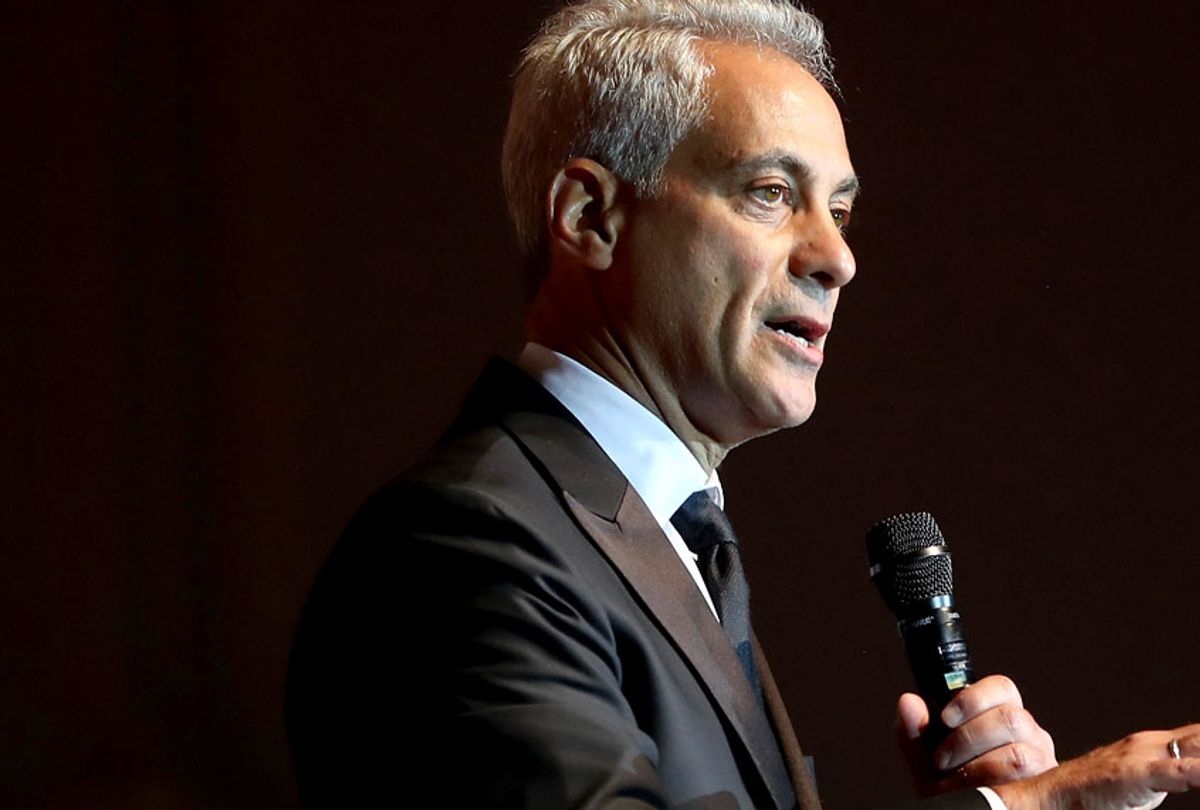 Progressives are vocally making clear that any cabinet post for Rahm Emanuel — no matter how low-profile or obscure the position — is unacceptable amid reports that President-elect Joe Biden is considering a spot in his administration for the left-punching former mayor of Chicago, who is notorious for his role in covering up the 2014 police murder of 17-year-old Laquan McDonald.

Rep. Alexandria Ocasio-Cortez, D-N.Y., was among the progressive lawmakers who responded with alarm and outrage to fresh reporting from the local newspaper, Crain's Chicago Business, which said Emanuel has been floated as a potential candidate for U.S. trade representative, a "less visible" position than the top spot at the Transportation Department that he has reportedly been lobbying for behind the scenes.

"What is so hard to understand about this? Rahm Emanuel helped cover up the murder of Laquan McDonald. Covering up a murder is disqualifying for public leadership," Ocasio-Cortez tweeted Monday. "This is not about the 'visibility' of a post. It is shameful and concerning that he is even being considered."

The New York Democrat's unequivocal rejection of any cabinet spot for Emanuel — a fervent opponent of progressive policy objectives — was echoed by other members of the so-called "Squad," including one of the informal group's newest members.

"The thing about covering up the murder of Laquan McDonald is that it disqualifies you from holding any type of public office. Forever," tweeted Rep.-elect Cori Bush, D-Mo., whose involvement in campaigns against police violence fueled her decision to run for Congress.

Given his reputation as an "egomaniac," some raised the possibility that the swirling rumors about a potential cabinet role for Emanuel are coming from the former Chicago mayor himself, who did not hesitate to viciously attack denigrate progressives during his tenure as Obama's chief of staff.

"I strongly suspect that Rahm is generating most of this copy himself, and team Biden is happy to have Rahm hanging out there so his other picks get less scrutiny," tweeted The American Prospect's David Dayen.

But no matter the source of the rumors and media reports, progressives are using their growing numbers in Congress to attempt to exert influence over Biden's cabinet picks and establish that they will not quietly fall in line for nominees who are hostile to their popular policy agenda.

"Imagine thinking it's 'divisive' to want someone other than the guy who covered up a murder to lead a department or agency," said Rep.-elect Mondaire Jones, D-N.Y.