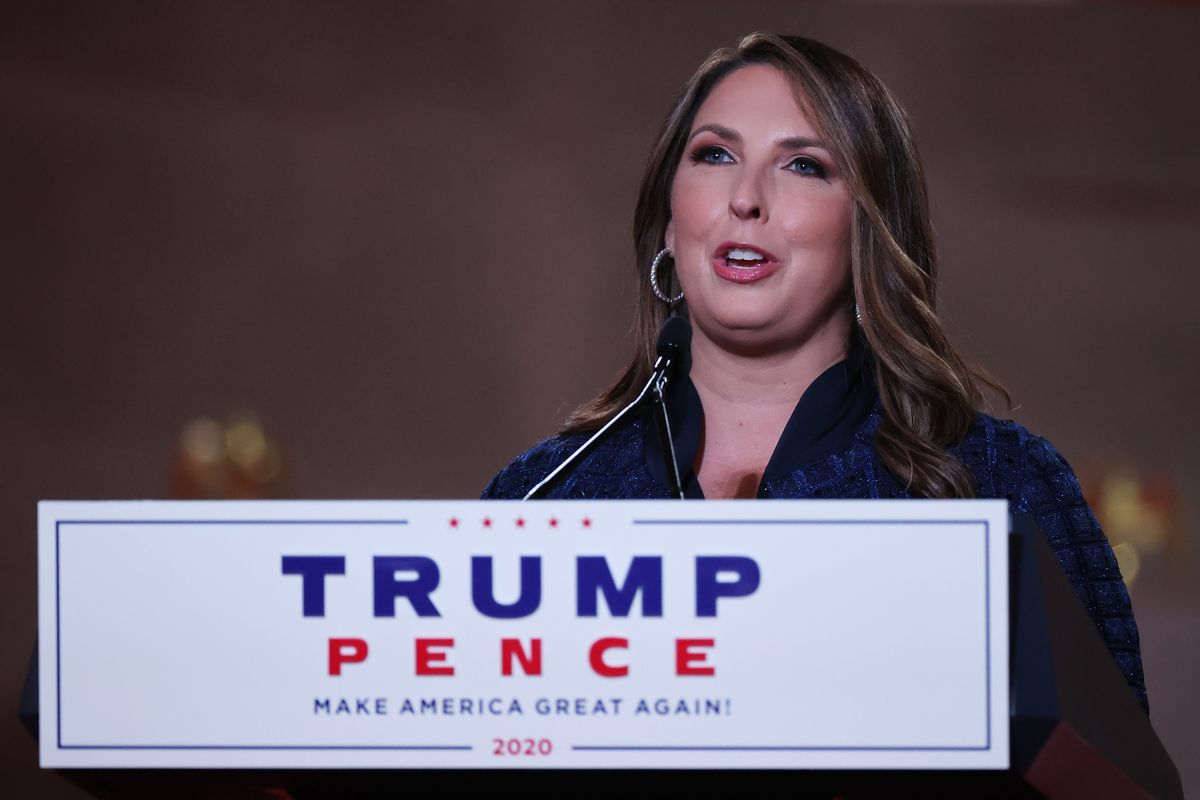 Saturday, at a campaign stop in Marietta, GA, Republican National Committee Chair Ronna McDaniel struggled to explain to voters why they should cast ballots in the upcoming Senate runoffs when, as one voter expressed, "it's already decided."

McDaniel was appealing to voters to return to the polls on January 5 and cast their ballots for incumbent Sens. David Perdue and Kelly Loeffler. If Democrats defeat those candidates in Georgia, the party will control the House, Senate and White House at the onset of President-elect Joe Biden's presidency.

But Republican voters, who've faced an ongoing effort by President Donald Trump and his allies to delegitimize the results of the 2020 election, cornered McDaniel about the alleged vote rigging the leader of her party has continuously insisted occurred.

One voter pressed McDaniel about "switching the votes" as she took questions from the crowd.

"We go there in crazy numbers and they should have won—" the attendee said.

"Yeah, we haven't seen that in the audit," McDaniel replied. "That evidence, I haven't seen, so we'll wait to see on that."

"How are we going to spend money and work when it's already decided?" Another demanded.

"How do we know?" another asked.

The event highlighted a key issue Republicans face as the president digs in his heels on his refusal to acknowledge Biden's victory. As the party hopes to maintain control of the Senate, the president continues to undermine the very system that will allow them to do so.

"Well, I told [Perdue and Loeffler] today, I think you're dealing in a very fraudulent system," Trump said during a press conference Thursday. "I'm very worried about that."

Saturday, McDaniel attempted to tamp down the president's complaints about the electoral system, urging voters "to focus on the mission at hand" and promising to deal with the allegations of widespread voter fraud in the future.

"We've got to focus on January 5th right now," McDaniel said. "We can deal with those other things later."

You can watch the clip below: