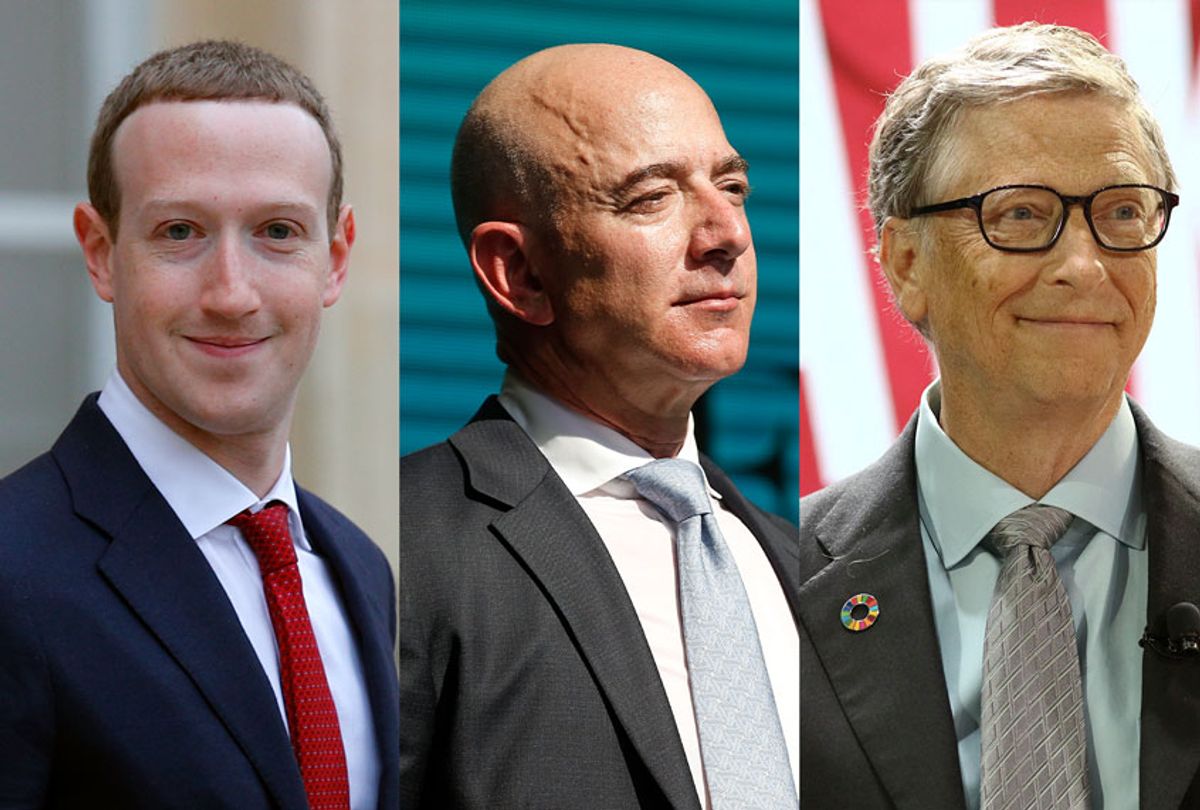 Adding to the pressure that President-elect Joe Biden is under to avoid a "corporate Cabinet" and instead appoint progressives champions to his administration, Public Citizen spearheaded a letter on Monday urging the next U.S. president to steer clear of Big Tech executives, lobbyists, lawyers, and consultants.

The Biden administration "will need to tackle unprecedented challenges of combating Covid-19, providing economic recovery, promoting racial justice, and tackling the climate crisis," says the letter, signed by 33 groups. "Solving these challenges will require a team of advocates for working people—not the Big Tech companies that work to exploit them."

"With your historic election, and the groundbreaking mandate that Americans have thus entrusted you with, you are facing the challenge of not only rebuilding the country, but also rebuilding trust in government," the letter adds. "We believe that eliminating the decades-old revolving door between Silicon Valley and your administration will only help your cause."

The groups highlight a House Judiciary subcommittee's recent investigation of Silicon Valley, the antitrust lawsuit that the U.S. Justice Department filed against Google last month, and Pew Research Center polling that shows nearly half of Americans want to see Big Tech regulated in addition to taking aim at some companies:

Amazon, Apple, Facebook, Google, and Microsoft once promised innovation and opportunity, and while they continue to provide many remarkable products, they now represent serious threats to privacy, democracy, innovation, and Americans' economic well-being. Each of these companies have developed predatory business practices that harvest user data for profit. Over the last few years, we have seen how Facebook and Google irresponsibly wield immense influence over democratic elections, without oversight or accountability. Despite the myth that Silicon Valley is rife with entrepreneurs and small businesses capable of disrupting entire industries, these companies have killed, rather than fostered innovation. And during the worst health crisis in recent history, Amazon has taken advantage of Americans struggling with the pandemic, tripling their profit onprice gouged essential goods.

We believe that your administration must confront the threats posed by the monopolistic Big Tech companies that have exploited consumer privacy, threatened our democracy, stifled innovation, and profited from the pandemic. The time to hold these companies accountable and rein in their power is now. However, we can only bring these companies to account if you do not rely on affiliates of these very companies to make up your government.

The letter points out that the tech industry wields power in Washington, D.C. even without allies in government, noting how much companies such as Amazon and Facebook have spent on lobbying in recent years.

A Public Citizen report from last year cited in the letter found that the political action committees (PACs) of the "Big 4" technology firms—Amazon, Apple, Facebook, and Google—as well as their employees and lobbyists collectively spent $346 million on lobbying and campaign contributions to Congress from 2010 through 2018.

"While these companies pride themselves on being masters of innovation, they have relied on the old school approach when it comes to avoiding scrutiny and gaining influence in Washington—throw as much money at the place as they can," Public Citizen senior researcher and report author Michael Tanglis said at the time.

Earlier this month, Demand Progress and the Revolving Door Project joined with a few other partners to launch the "No Corporate Cabinet" campaign, pushing Biden to exclude business insiders and industry lobbyists from his administration. The initiative's website includes a "Persons of Interest" page of potential or selected Biden appointees opposed by the organizations.

As Common Dreams reported last week, recent polling from Data for Progress, sponsored by Demand Progress, found that 68% of Americans want the U.S. Senate to block any corporate-linked nominees proposed by Biden. However, given that not all positions require congressional approval and control of the upper chamber remains uncertain, advocacy groups are maintaining pressure on the incoming president to staff his administration with those who will serve the public good.