Why Fleetwood Mac's music resonated so deeply in 2020

The band's ability to find gorgeous, fragile beauty in even dark days is extremely relatable 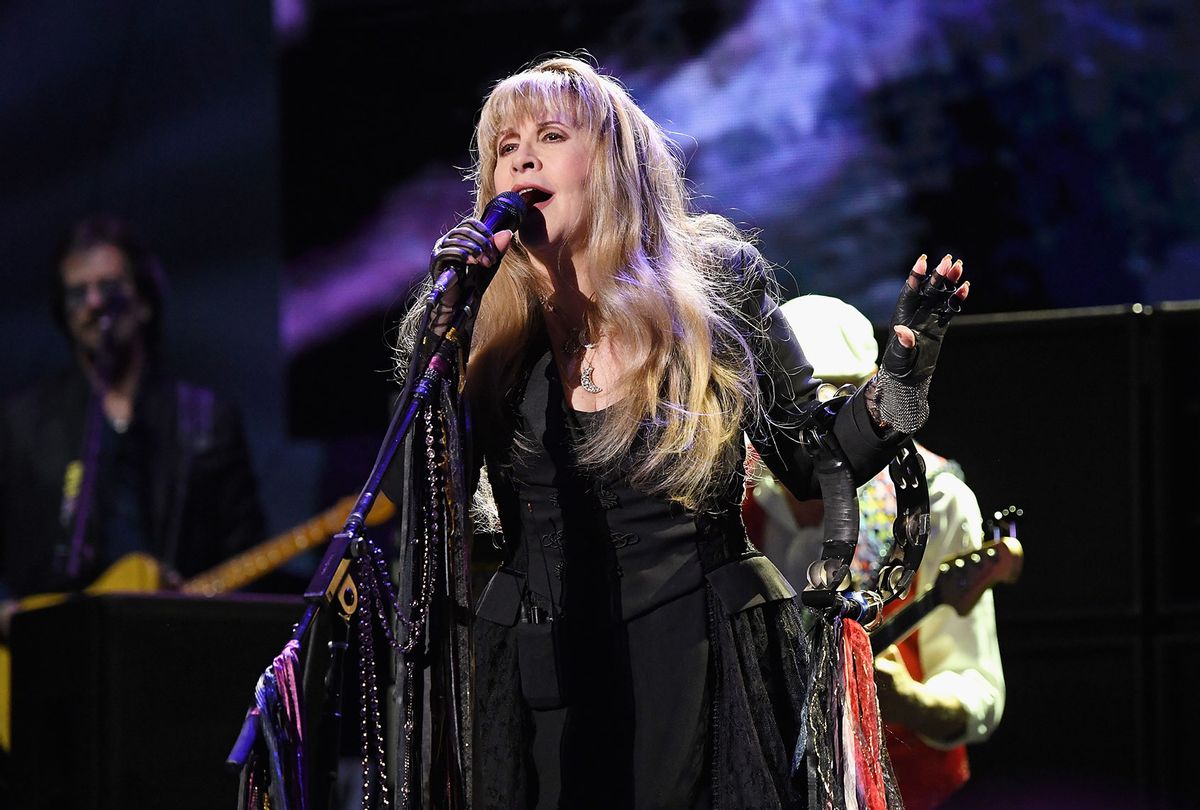 No viral video embodies 2020 more than the TikTok clip of Nathan Apodaca swigging Ocean Spray Cran-Raspberry juice while longboarding as Fleetwood Mac's "Dreams" plays in the background. Apodaca's timing is impeccable — he grins throughout the video, and pointedly lip-syncs the lyrics, "It's only right that you should / Play the way you feel it" — and the framing of the clip shows off the early morning sky and the cars speeding by around him.

"It's just a video on TikTok that everyone felt a vibe with," Apodaca told The New York Times. "I'm happy that I could chill the world out for a minute."

Not only did the clip very much exude tranquility — it also boosted "Dreams," which was already the only Fleetwood Mac song to reach No. 1 on the Billboard Hot 100. The tune enjoyed its biggest streaming week to date, as Apodaca's clip quickly turned into a popular meme, and started receiving sporadic Top 40 radio airplay.

The support was good enough to catapult "Dreams" back into the Billboard charts: It topped the Rock Digital Song Sales chart and eventually peaked at No. 2 on Hot Rock & Alternative Songs. Mick Fleetwood and Stevie Nicks even joined TikTok to respond to Apodaca's video, with the former recreating the longboard trip and quipping "Dreams and Cranberry just hits different" in the caption.

Fleetwood Mac would've had a big 2020 if "Dreams" was their only pop culture triumph. However, the band has been in the news all year, thanks to a steady stream of creative endeavors and popular releases. The band's current label home, Rhino Records, issued an early years boxed set ("Fleetwood Mac: 1969 – 1974") and an in-demand Record Store Day release, "The Alternate Rumours," that's already going for impressive amounts on the resale market.

All of this activity comes more than a half-century after Fleetwood Mac formed, and nearly 45 years since the group first reached the U.S. Top 40, with the single "Over My Head." Few bands last this long; fewer still maintain deep cultural relevance for decades. In contemporary music, the only existing groups with comparable longevity and impact are Queen and the Rolling Stones, with the Grateful Dead-associated Dead & Company also in the running.

However, Fleetwood Mac is especially resonant in 2020. In a year that often feels chaotic and out of control, the band's music is a familiar and steadying presence. Part of that comes from its soothing veneer: Fleetwood Mac's songs often arose from relationship tension and interpersonal drama, but the band tended to cloak these fractures in elegant poetry and empathetic sentiment. In fact, although known as a ferocious rock band, their most enduring hits tend to scan as romantic soft-pop — couching fiery, passionate lyrics in gauzy keyboards, honeyed guitars and soothing grooves.

Fleetwood Mac's ability to find gorgeous, fragile beauty in even dark days is also extremely relatable. An album like "Rumours" endures because it emphasizes the silver lining of emotional conflicts; love's often messy and nonlinear, and breakups may not lead to closure, but there's always the chance tomorrow will be better. Even "The Chain," a song with a rumbling Godzilla bass line that details the band's interpersonal acrimony ("Damn your love, damn your lies"), emphasizes that their musical bond has permanence. Fleetwood Mac can be moody and melancholy — but their music never loses its optimism.

That underlying buoyancy also makes the band's music malleable. Their songs have transcended the sadness of original inspirations — "Dreams," after all, was written as a breakup lament ("Thunder only happens when it's raining/Players only love you when they're playing"). Consequently, Fleetwood Mac's happier moments are also ripe to be heard in different contexts: A 2013 ad for a UK phone company used the ecstatic "Everywhere" as the soundtrack to a pony moonwalking around the countryside.

Fleetwood Mac's tireless work ethic is also admirable. Despite the pandemic, the individual band members have forged ahead with creative endeavors. Nicks released a new single ("Show Them the Way") as well as a live album and movie, "Stevie Nicks 24 Karat Gold the Concert," culled from her 2017 solo tour. She also told a Los Angeles Times interviewer that a long-awaited TV miniseries telling the story of the Celtic figure Rhiannon is finally in the works, and have released frequent musings about life in quarantine that resemble reassuring letters sent by an old friend.

Fleetwood Mac's newest members also kept busy in quarantine. Neil Finn launched an occasional live online broadcast, dubbed Fangradio, and announced a new record by his beloved long-time band, Crowded House. Mike Campbell and his current group The Dirty Knobs released their debut album, "Wreckless Abandon"; the guitarist and keyboardist Benmont Tench were also the highlight of a 70th birthday tribute to their late Heartbreakers bandmate Tom Petty. Even Lindsey Buckingham — the guitarist and songwriter who parted ways with the band in 2018, which paved the way for Finn and Campbell to join — surfaced after a health scare and announced a forthcoming livestream.

That Fleetwood Mac continues moving forward no matter what obstacles (or lineup changes) come the band's way is also deeply inspirational. In fact, such perseverance is awe-inspiring, especially since it leads to tremendous momentum and feeds into their ongoing popularity. Pop culture fragmentation means that many bands or movements tend to be niche-based. However, Fleetwood Mac is forever — and omnipresent.