Has consummate insider Tony Blinken, Biden's nominee for State, learned from his mistakes?

Blinken backed every failed foreign intervention of the last 25 years. At least there's hope he has evolved 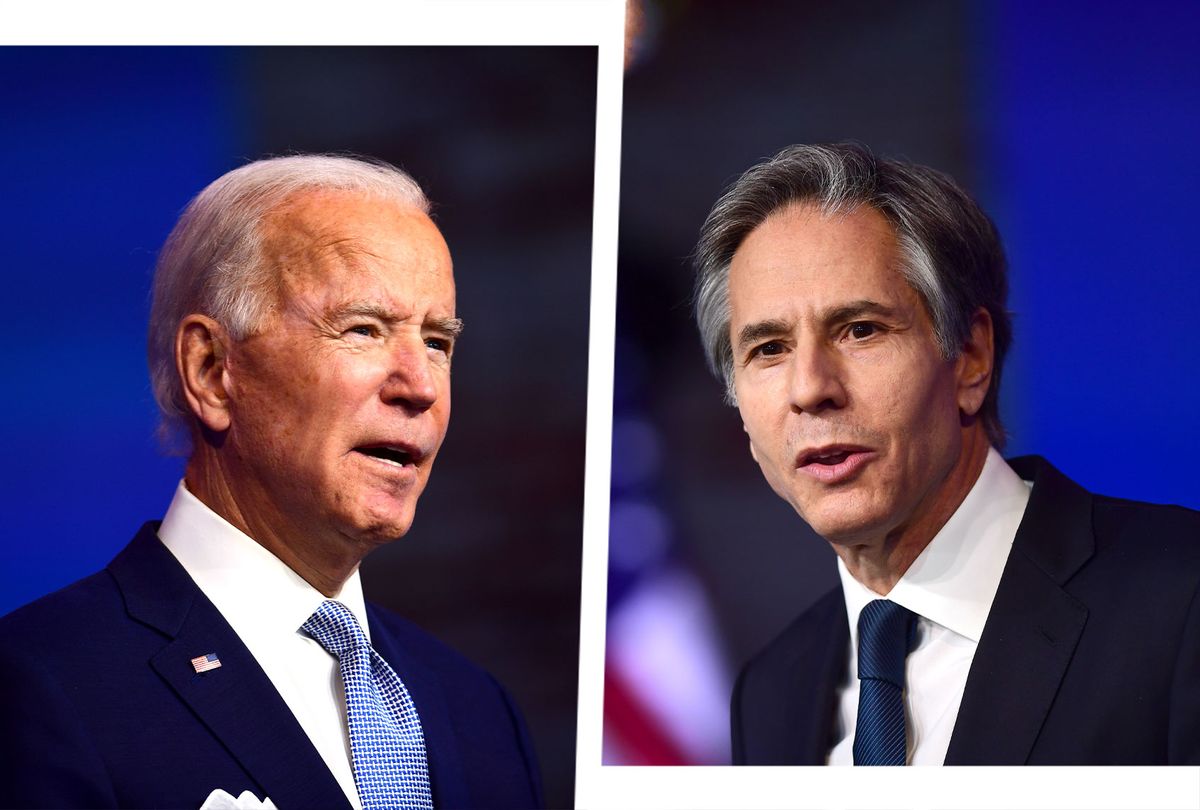 Donald Trump's defeat doesn't mean that we no longer have to relitigate why he won. He increased his voter base by more than 10 million even while losing, after all. Republicans have (probably) retained control of the Senate, came close to winning the House and did not lose a single state legislature. For all their enabling of Trump, most elected members of the GOP were rewarded. So while Joe Biden has demonstrated that Trump can be defeated without confronting the appeal of Trumpism directly, Democrats' disappointing down-ballot showings across the country this year show what a failure to present a clear and cogent counter-narrative can mean.

The consequences begin now — with Biden's rollout of his official inner circle.

The transition from Trump to Biden is undoubtedly one of the most consequential transfers of power in American history. The Trump administration appears to be pushing full steam ahead to use executive powers to push through damaging policies during the lame-duck period. It's vital that Biden work to rebuild credibility by holding the past administration to account. Perhaps that is why Biden's "Build Back Better" campaign slogan ultimately resonated with a majority of voters. Naming his selection for secretary of state as his first Cabinet pick suggests that Biden is eager to ditch the "America First" approach favored by the Trump administration for a return to U.S. foreign policy managed primarily by the State Department, not the Pentagon.

Newly-named Secretary of State-designate Tony Blinken will prove most useful in building back a hollowed out Foggy Bottom. Back-to-back State Department outsiders under Trump — former ExxonMobil CEO Rex Tillerson, followed by former Kansas congressman Mike Pompeo — have left a depleted workforce. Returning control to seasoned hands like Blinken, a longtime Biden aide who has held foreign policy positions for more than 25 years, can certainly be reassuring — but that's never more true than in the fog of war. If our recent history is any guide, however, once the haze of Trump's pollutants clears, a return to normal will quickly be viewed as a disappointment.

Institutionalists like Blinken have done tremendous damage. From supporting the invasion of Iraq to backing the Saudi war in Yemen, Blinken has championed some of the worst foreign policy decisions in recent U.S. history. It's important to ask how this consummate foreign policy insider, who was instrumental in providing U.S. aid to the Saudi-led coalition battling Houthi fighters in Yemen's six-year-long civil war, can thoroughly probe the Trump administration's recent $8 billion arms deal with Saudi Arabia. When the inspector general at Foggy Bottom began investigating, Pompeo fired him. When Democrats in the House issued subpoenas to investigate, Pompeo ordered State Department officials not to comply. For his part, Blinken has expressed regret for his role in pushing for the Saudi war in Yemen and has said the Biden administration will "take a hard look" at the Trump administration's newly announced $23 billion arms deal with the United Arab Emirates.

"There is a premium still, and in some ways even more than before, on American engagement, on American leadership," Blinken said as a Biden campaign adviser, in a critique of Trump's removal of U.S. troops from Germany and hostility toward NATO. Like so many of the establishment players who helped shape the foreign policy of modern Democratic presidents, Blinken has pushed for a multinational, but U.S.-dominated approach that's led to incredible aggression around the world. Even without a multilateral coalition, Bliken has advocated for military adventurism, as in Iraq — which he still maintains was merely a failure of execution, not a fundamentally illegal invasion. Barack Obama took office with the promise to broadly rethink America's historically problematic role in the region, but by bringing in so many people like Blinken who had previously gotten it so wrong, he ultimately failed to do so.

There is somewhat more reason to be hopeful this time around, surprisingly enough. Biden and his team have made some promising rhetorical gestures that suggest an understanding that U.S. foreign policy must evolve.

"The last administration has to acknowledge that we failed, not for want of trying, but we failed," Blinken said on CBS News in May. "We failed to prevent a horrific loss of life. We failed to prevent the massive displacement of people internally in Syria and, of course, externally as refugees. And it's something that I will take with me for the rest of my days."

Blinken's also handled criticism from the left in a manner that bodes well for an administration bound to receive boatloads of pushback from progressives. Faced with a barely passing grade from a "progressive realism report card," Blinken talked of evolving — which is not something I imagine Pompeo would ever contemplate.

Blinken has also been met with attacks from the right already. Sen. John Cornyn, R-Texas, has pointed to Blinken's work at a private firm he founded after the Obama administration, leaving concerning questions about the revolving door in Washington. Sens. Chuck Grassley of Iowa and Ron Johnson of Wisconsin recently resurfaced their report on an alleged conflict of interest involving China, Ukraine and, believe it or not, Hunter Biden, the president-elect's son. Republicans have a track record of successfully tying Democrats to corruption for electoral success — and the appearance of corruption can often be just as politically damaging as the real thing.

Ultimately, Trump won in 2016, and nearly did so again in 2020, because he positioned himself as an enemy of the establishment. If Tony Blinken and the rest of Joe Biden's team of D.C. insiders don't demonstrate some level of contrition for their own past mistakes, and evolve a new approach on matters of foreign policy and national security now, then a Trump comeback in 2024 — or something worse — is very much on the table.