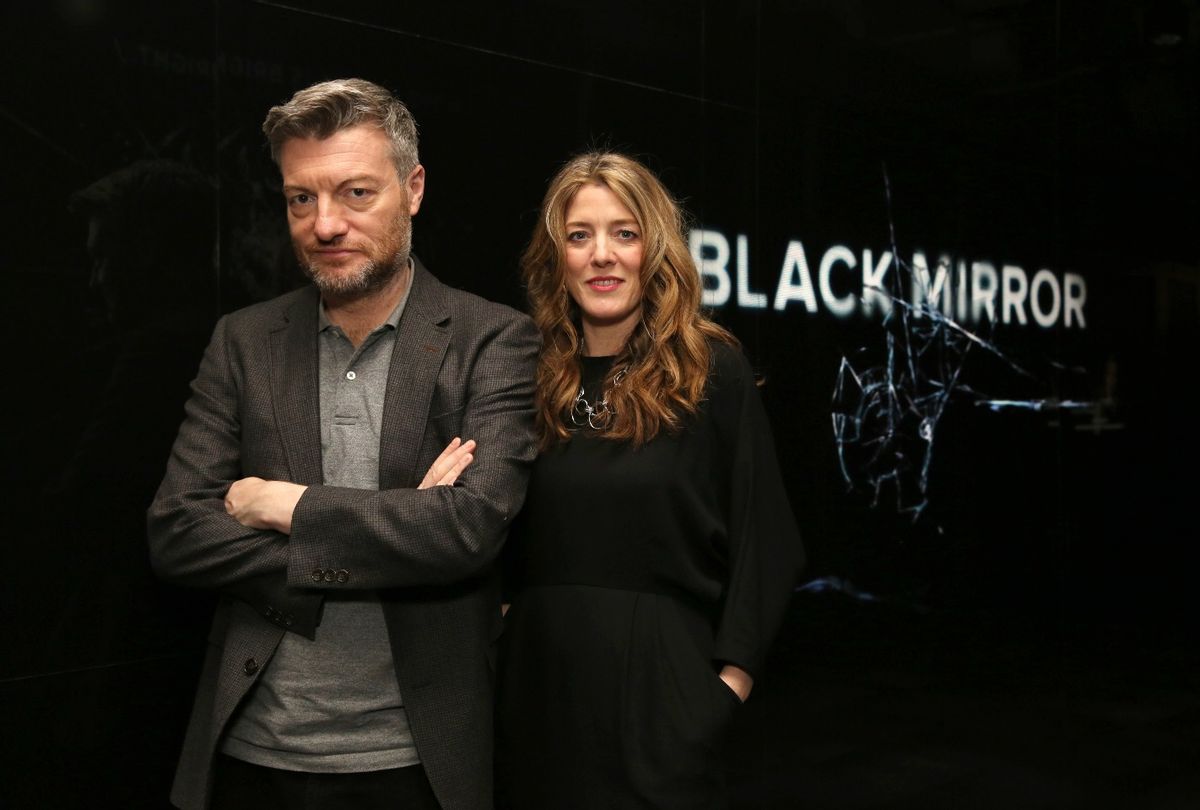 The year from hell, i.e. 2020, is about to get the mockumentary treatment courtesy of none other than Charlie Brooker, the creator of "Black Mirror." Leave it to the maker of some of television's darkest dystopias to conjure a new one, and once again at Netflix, now the home to ongoing seasons of "Black Mirror."

While details about the mockumentary remain hush-hush, Hugh Grant let it slip earlier this year during an interview about "The Undoing" with New York Magazine that he'll be featured in the project.

"Charlie Brooker has written a mockumentary about 2020. It's for Netflix," Grant said, adding that he will be "an historian who's being interviewed about the year. I'm pretty repellent, actually! And you'll like my wig." Anyone who saw "The Undoing," the HBO miniseries co-starring Nicole Kidman that wrapped on Sunday, realizes Grant knows a thing or two about being repellent.

Netflix officially came aboard Charlie Brooker's "Black Mirror" science-fiction series, which originated at the UK's Channel 4, back in 2015. The fifth season of the show dropped on Netflix with three episodes in June 2019. That season, another bleak and sometimes seriocomic skewering of contemporary society and technology, featured Anthony Mackie, Miley Cyrus, Yahya Abdul-Mateen II, Topher Grace, Andrew Scott, and more.

Brooker has long been a cultural satirist, including his BBC show "Charlie Brooker's Weekly Wipe" which ran from 2013 through 2016, with attentions more focused on "Black Mirror." He's also previously served as an outspoken columnist for The Guardian. Brooker has won five Primetime Emmy Awards for "Black Mirror," including Outstanding Television Movie in 2019 for the innovative, interactive special "Bandersnatch," three prizes in 2018, and two in 2017.

Meanwhile, IndieWire recently interviewed Hugh Grant about the well-watched finale of "The Undoing," a show whose online popularity the actor said he's been following. "It's been quite an exhausting six weeks, either resisting looking at Twitter to see how people are reacting, or giving in after a few drinks and spending four hours of the night either being pleased or outraged at how people are reacting to certain things — or depressed, when they say, 'Christ, he looks ancient.' 'He looks 150.' 'Let's give him a facial.'"