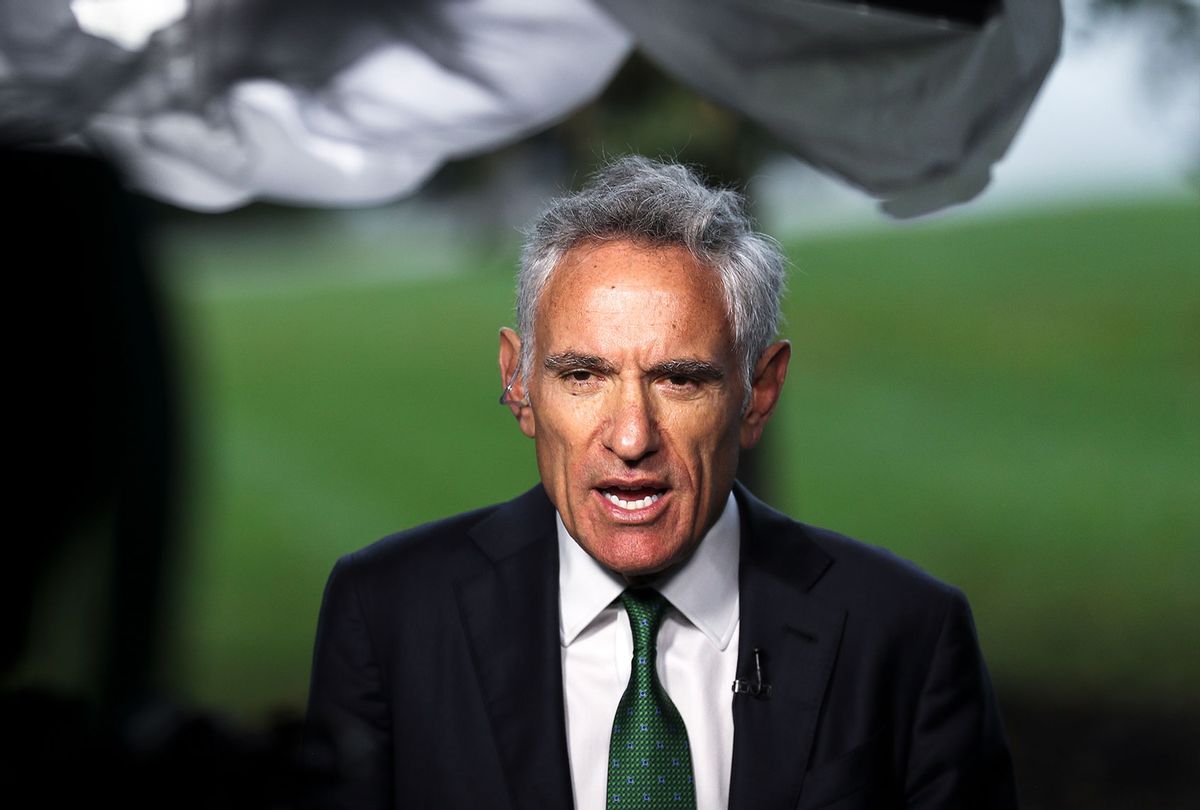 Scott Atlas, President Donald Trump's "favorite — and most dangerous — Covid-19 adviser," announced his resignation from his White House position late Monday just days before his 130-day role on the coronavirus task force was set to expire, a move that was welcomed by critics who say the Stanford University radiologist's views on the deadly pandemic are inconsistent with epidemiological recommendations and harmful to the nation's public health.

"I worked hard with a singular focus — to save lives and help Americans through this pandemic," Atlas wrote in his resignation letter.

The coronavirus pandemic has killed more than 268,000 Americans, and NPR reported Monday night that "since Atlas began his job in August, nearly one hundred thousand people have died of Covid-19 in the U.S."

Atlas had no prior experience in public health but grabbed Trump's attention during his flame-throwing appearances on Fox News and joined the Trump administration as an adviser in August. Atlas proceeded to push a libertarian approach to managing the pandemic: he questioned the effectiveness of social distancing, considered widespread testing to control the virus unnecessary, all the while he derided widespread closures and questioned the utility of mask-wearing as part of an overall belief in the highly questionable herd immunity approach to solving the virus. . .  Atlas' coronavirus views, as you may have suspected, conveniently jived with Trump's anti-science takes on all aspects of the virus.

Progressives characterized Atlas' embrace of herd immunity as not just "highly questionable," but rather as a potential "massacre" that would require over 200 million people to be infected, resulting in millions of deaths, as Common Dreams reported in September.

In his resignation letter, Atlas insisted he "always relied on the latest science and evidence, without any political consideration or influence."

"As time went on, like all scientists and health policy scholars, I learned new information and synthesized the latest data from around the world, all in an effort to provide you with the best information to serve the greater public good," he said.

Atlas claimed to have focused in particular on looking out for "the working class and the poor." The U.S. has more than 13.5 million Covid-19 cases as of Tuesday, and as Les Leopold showed in an October Common Dreams essay, low-income Americans will bear the greatest burden as infections and deaths surge.

"He's an MRI guy... He has no expertise in any of this stuff," Dr. Ashish Jha, the dean of the Brown University School of Public Health, told NPR.

Despite having no background in infectious diseases, Atlas has "been bringing out arguments that have been refuted week after week, month after month, since the beginning of this outbreak," Jha added.

Matthew Gertz, a senior fellow at Media Matters for America, illustrated one example of the clash between Atlas' anti-lockdown opinions and real-world evidence.

On October 30, Atlas told Fox News: "All lockdowns do are destroy families, really kill people. . . And it's amazing to me that places, unfortunately, like the U.K. and France have not learned their lesson." Meanwhile, data comparing the three countries' trajectories completely undermine Atlas' talking points.

"He's a destructive force," a federal health official told The Daily Beast last month. "I mean, at this point, I don't know how else to explain what he's doing. It's really disruptive."

Trump's outgoing adviser took a leave of absence from his position as a senior fellow at the Hoover Institution, a conservative think tank at Stanford, to temporarily join the White House.

The university has in recent weeks distanced itself from Atlas, especially after he called for an uprising against Michigan Gov. Gretchen Whitmer following the Democratic leader's implementation of new public health measures last month.