More than 40 states plan on suing Facebook next week. Here's what the lawsuit is likely to do

Will Facebook ever face any repercussions for its actions? The possibility of antitrust action looms 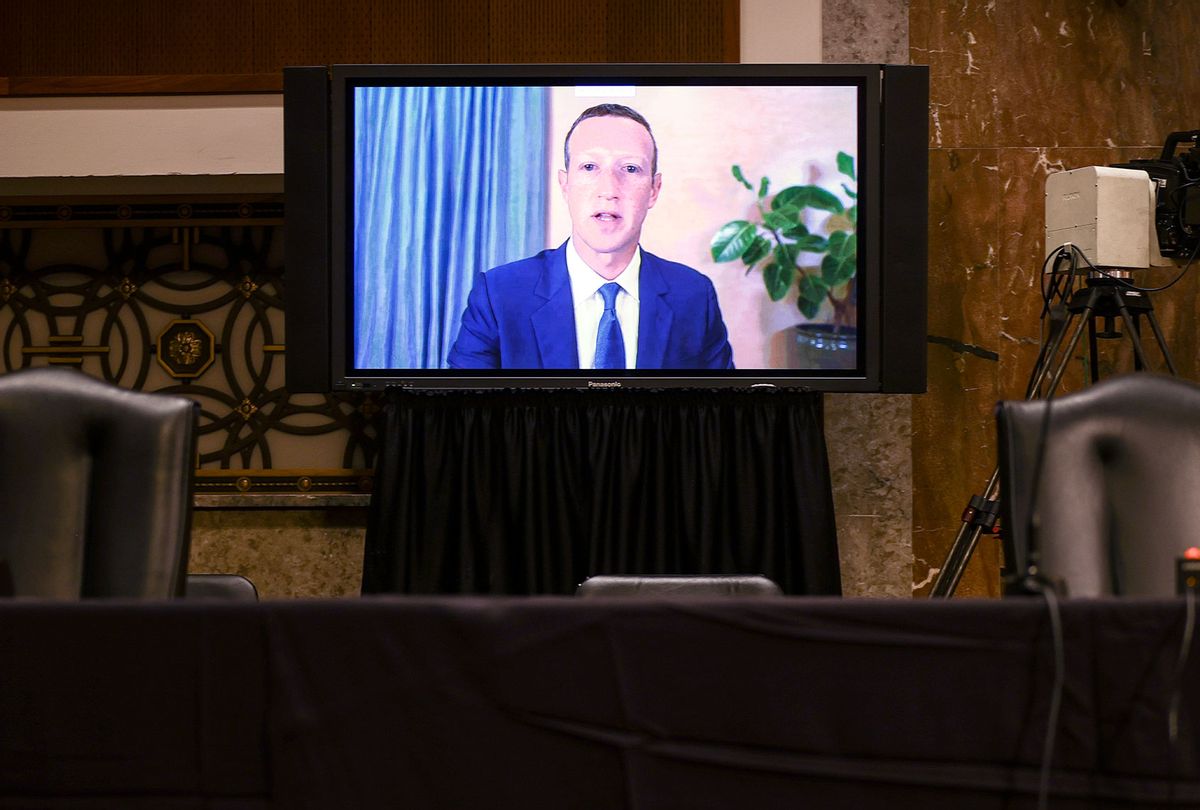 New York is leading a group of more than 40 states in investigating Facebook for alleged antitrust violations and may file a lawsuit against the Silicon Valley behemoth as early as next week.

There have not been many details about the impending lawsuit, which was first reported by Reuters. At this moment it is unclear what the states will include in their legal complaints. The wire service noted that the Federal Trade Commission (FTC) may file a related complaint in district court or with an administrative law judge and that both Facebook and the New York attorney general's office have refused to comment.

"The most likely theory would be that the WhatsApp and Instagram acquisitions thwarted the development of nascent competitors to challenge FB's social networking hegemony," Daniel Crane, a professor at University of Michigan Law, told Salon by email. "Best case scenario is court finds those acquisitions not anticompetitive because WhatsApp and Instagram weren't competitors of FB at time of acquisitions. Worst care scenario: both companies have to be divested."

Gus Hurwitz, an associate professor of law at the University of Nebraska – Lincoln, had a similar observation.

"It's hard to read the tea leaves, but most likely the AGs [attorneys general] are going to focus on what they see as anticompetitive acquisitions," Hurwitz wrote to Salon. "I'd imagine this would include not just things like the Instagram purchase, but [Facebook's] use of data from its acquisition of Onavo. Worst case is these states push to break up Facebook. That could go beyond trying to unravel specific mergers, but putting in place more substantial, ongoing, structural separation between the company's various components. But that seems an unlikely outcome."

He added, "As to why the states and DOJ are going after these companies, in part it's just politics and response to understandable consumer concern. These companies are large and have made some seemingly concerning moves in recent years."

Hurwitz pointed out that there is "an enigma at the core of the puzzle of competition law: in order to provide the pro-consumer services that they do, at the prices they offer (free!)" companies like Facebook need to sometimes behave in ways that are problematic.

"These suits aren't likely to improve upon the status quo, but they are just about the only tool that AGs have to respond to legitimate concerns," Hurwitz concluded.

If an antitrust lawsuit is indeed filed against Facebook next week, it will be the second instance of high profile litigation of that nature against a tech giant this year. In October the Justice Department filed a lawsuit against Google for allegedly violating antitrust laws.

This is not the first time that Facebook has been targeted for potential antitrust violations. The current antitrust investigation was first announced last year, with New York Attorney General Letitia James explaining at the time that the state attorneys general were probing whether Facebook had "endangered consumer data, reduced the quality of consumers' choices or increased the price of advertising." Sen. Elizabeth Warren, D-Mass., responded to that antitrust investigation news by linking it to the Justice Department and FTC probes, pointing out that "if my plan to tax excessive lobbying had been in place during that time, Facebook would've paid $39 million in taxes—money that could've been directed to the FTC's antitrust efforts."

Antitrust concerns about Facebook spilled over into 2020 and culminated in an October House Judiciary Committee hearing in which Democrats discussed consumer rights issues and Republicans accused companies like Facebook and Google of suppressing right-wing voices. Zephyr Teachout, associate professor of law at Fordham University School of Law, explained in her testimony at the hearing that "antitrust laws, and strong antitrust laws, are essential for freedom and for a thriving economy. The highly concentrated Big Tech marketplaces and the existing abuses of Big Tech enabled by their dominant positions poses a major democratic threat."

Franklin Foer, a staff writer at The Atlantic, told Salon last year that "the core problem is that antitrust, over the course of the decades, has withered and narrowed and lost any sense of imagination, and so as a moral matter it would seem to me, and as a moral economic political matter, Google and Facebook are too powerful. They should be held to account by antitrust."

The question is how would Facebook be held accountable if higher courts ruled that its acquisitions of Instagram and WhatsApp violated antitrust laws.

"Unlike in Europe where agencies can 'approve' an acquisition, the only consequence of terminating a pre-merger investigation under Hart-Scott-Rodino and saying that the agency is not going to challenge it is that it's not challenged for now," Crane wrote to Salon. The Hart-Scott-Rodino Act requires that the FTC and Justice Department be notified about large mergers and acquisitions before they take place. "Almost always, that means that it will never be challenged, but there is no legal impediment to the agencies (or states or private plaintiffs) going back later and saying 'actually that was anticompetitive and should never have happened, so now you have to divest.'"