An Australian telescope charts 3 million galaxies, including 1 million new ones 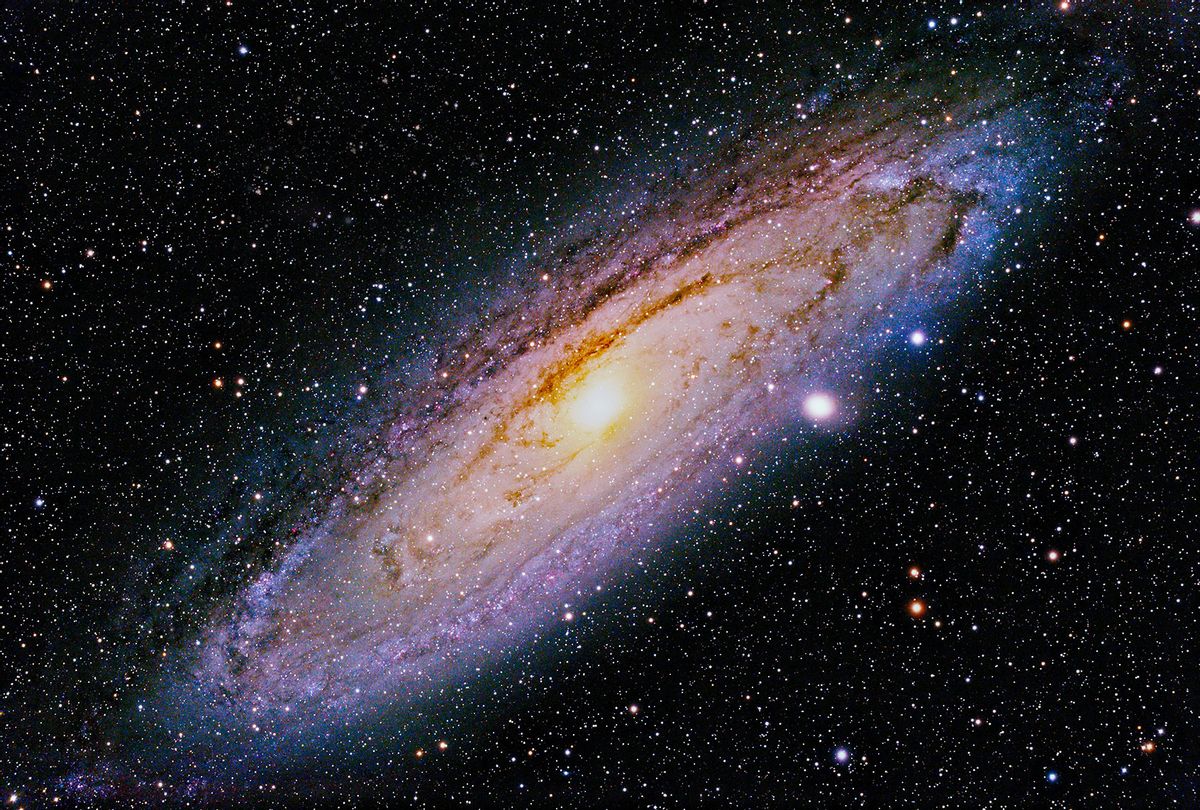 For millennia, human philosophers have waged spirited debates over what precisely is our place in the universe. Now, we may have finally figured out just where we stand — geographically speaking, at least.

The first survey of the whole southern sky ever was completed by the Australian Square Kilometre Array Pathfinder (ASKAP), a radio telescope created and run by Australia's national science agency, the Commonwealth Scientific and Industrial Research Organisation (CSIRO). The survey managed to map out roughly 3 million galaxies over the course of 300 hours, including around 1 million that had never been seen before, according to SciTechDaily.

Since only 12 percent of the human population lives in the Southern Hemisphere, the southern sky is often ignored, culturally and in astronomy: few know the southern constellations, and the northern ones are hegemonic in song and in culture. However, by virtue of less air pollution, the southern sky is brighter; also, the black hole at the center of our galaxy is visible only from the southern hemisphere.

Mapping out the southern sky's galaxy was a feat of information technology as much as it was of astronomy. CSIRO Chief Executive Dr. Larry Marshall told SciTechDaily that the researchers behind the technology used for radio telescope managed to "generate more raw data at a faster rate than Australia's entire internet traffic."

He concluded, "In a time when we have access to more data than ever before, ASKAP and the supercomputers that support it are delivering unparalleled insights."

Meanwhile, a space-based telescope issued the results of a similar mapping project. The Gaia observatory, which has been compiling data about the Milky Way since being launched in 2013 from Kourou in French Guiana by the European Space Agency, created a newly detailed map of the galaxy. The data acquired from the spacecraft was used to develop the most sophisticated 3D map of the Milky Way created so far, one that includes more precise information about the locations and movements of stars. This will help scientists calculate the mass of the galaxy, learn about the acceleration of the solar system and perhaps even glean more information about the origins of the universe.

"The new Gaia data have allowed astronomers to trace the various populations of older and younger stars out towards the very edge of our galaxy – the galactic anticentre," the European Space Agency explains on its website. (The galactic anticentre is the point in outer space opposite the center of the galaxy, as viewed from Earth.) "Computer models predicted that the disc of the Milky Way will grow larger with time as new stars are born. The new data allow us to see the relics of the 10 billion-year-old ancient disc and so determine its smaller extent compared to the Milky Way's current disc size."

"It's an extraordinarily rich data set, and I look forward to the many discoveries that astronomers from around the world will make with this resource," Timo Prusti, ESA's Gaia Project Scientist, said in a press statement. "And we're not done yet; more great data will follow as Gaia continues to make measurements from orbit."

The map, which includes roughly 1.8 billion local stars, includes about 1% of all the stars in the Milky Way. It has allowed scientists to detail how our solar system is slightly accelerating its orbit in the Milky Way and is likely to yield a wealth of other information.

"Essentially all of astronomy benefits from this one way or another because it's very fundamental data," Anthony Brown, an astronomer at the University of Leiden in the Netherlands who chairs the Gaia Data Processing and Analysis Consortium Executive team, explained to Space.com. "It's a very, very broad survey mission."