Page's announcement is as historic as Caitlyn Jenner's, made all the more remarkable by his queer politics 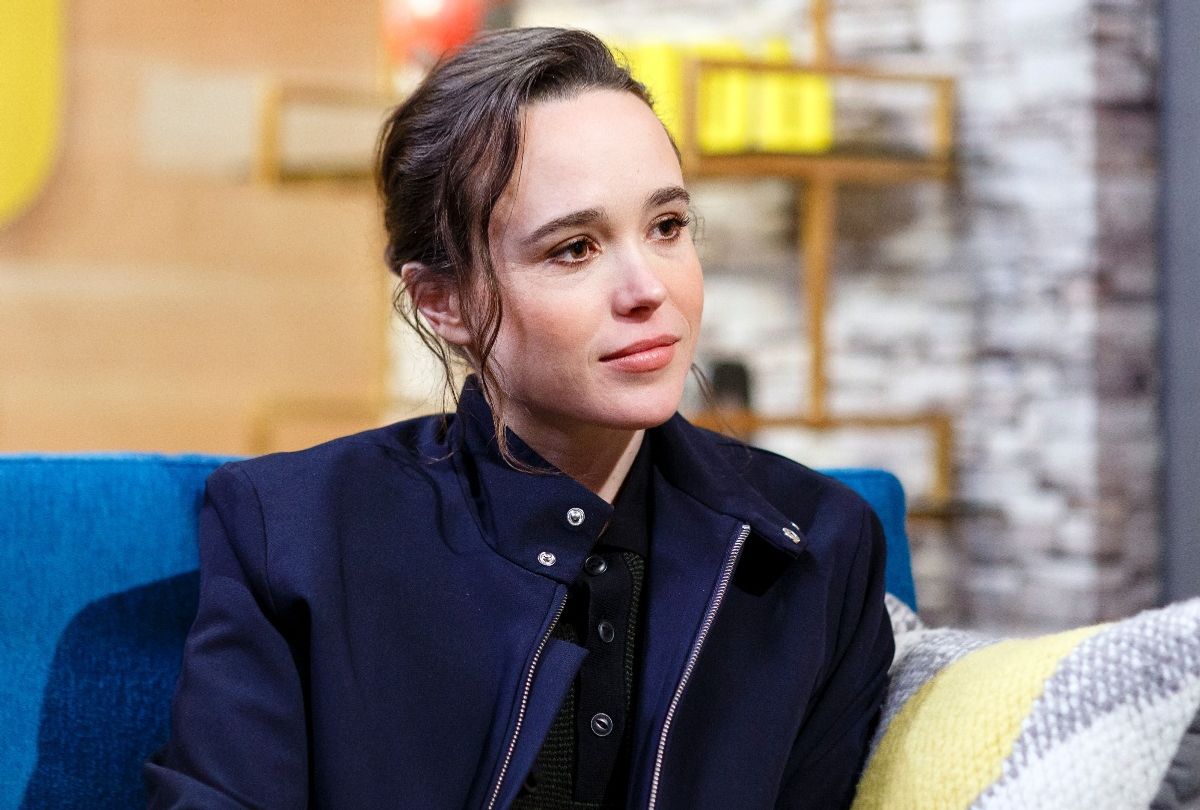 By coming out as trans, Elliot Page has joined the ranks of transgender celebrities like Laverne Cox, Caitlyn Jenner, and Chaz Bono — the first three photos that appear after a Google search for "famous trans people." Notably, only Bono is trans masculine in the group, and while he is a trailblazer who came out during a much different time, his story is lesser known by the young people who would most benefit from his example. As a trans masculine person, I wish I had grown up with a role model like Elliot Page, and I am so happy for all the kids who get to live in a world where he can, as he so eloquently wrote, "love who I am enough to pursue my authentic self."

There are many reasons why trans feminine identities have been more visible in the years that have seen a steady growth in trans media representation, which Time dubbed "The Transgender Tipping Point" in its historic 2014 Laverne Cox cover story. As "Her Story" writer and actress Jen Richards told me in 2017, "I think it's more intriguing to the imagination and repelling to many people. That a man can become a woman, that's more titillating. Trans women are more visible, but they're visible as objects of consumption." Essentially, media is much more comfortable objectifying and commodifying women.

Page has been a household name since his Oscar-nominated breakout performance in the indie hit "Juno," and went on to achieve greater notoriety in "Inception" and several "X-Men" films. He is coming out in a highly public way after being a known entity for over a decade. This is undoubtedly the Caitlyn Jenner moment for trans masculine people, but it's made all more impactful by Page's thoughtfully nuanced words and informed queer politics.

While Jenner's wealth and privilege made her story highly visible, she was largely insulated from the LGBTQ+ community when she came out. This discrepancy became apparent in the short-lived reality show "I Am Cait," which ran for two seasons on E! from 2015-2016 and featured a surprisingly robust history of trans issues. "I Am Cait" showcased Jenner's budding friendships with a variety of brilliant trans women that included Richards, the actress Candis Cayne, activist Chandi Moore, filmmaker Zackary Drucker, and writers Jennifer Finney Boylan and Kate Bornstein. It was fascinating to watch these trans icons lovingly and painstakingly educate Jenner on issues facing the trans community. (Jenner is a longtime Republican, though she denounced the Trump administration over transgender rights in 2018.)

Since coming out as queer in 2014, Page played queer roles in a number of projects including "Tales of the City," "Freeheld," and "My Days of Mercy." Page was a producer on the latter two, and also produced the queer docuseries "Gaycation" and the documentary "There's Something in the Water," which highlights Canada's history of environmental racism and injustices towards indigenous communities. In his statement, Page deftly centers the violence and discrimination facing the trans community, highlighting the murders of at least 40 trans people this year alone, most of them Black and Latinx women. In this way, Page is worlds apart from Jenner, embodying a radical queer politic in his work and life long before he came out.

While visibility of trans masculine people has lagged behind that of our trans feminine sisters, the last few years have seen the rise of actors Asia Kate Dillon ("Billions"), Theo Germaine ("The Politician"), Elliot Fletcher ("Shameless") and Lachlan Watson ("The Chilling Adventures of Sabrina"). Still, the average cis moviegoer would be hard-pressed to rattle these names off. For years Bono was the most notable trans male celebrity, and not to knock his "Dancing With the Stars" moves, he is most known for — as RuPaul once put it — coming out of Cher's vagina.

While the media coverage of Page's announcement hasn't been perfect, the reception has been largely positive and respectful. IMDb, which only recently changed its policy around publishing trans actors' birth names, swiftly changed all of Page's credits and pronouns, as did Wikipedia and Netflix. Outlets used Page's correct pronouns when reporting the news, and most headlines avoided using his former name. Page is coming out in a vastly different media landscape than Bono or Jenner did, a marked improvement ushered in by years of tireless work by trans activists and educators.

In addition to centering Black and Latinx trans women, what is also remarkable about Page's statement is the omission of any discussion of medical transition. Media and the world at large have been narrowly focused on trans bodies and transition for far too long, and Page's coming out is a boon to trans folks like myself who choose not to medically transition. Many outlets mistakenly referred to Page as non-binary, though that particular label is nowhere in his statement. It will be interesting to see how the media covers Page as he continues his career, regardless of whether or not he chooses to alter his body.

As for Page's acting career, Netflix announced he would continue to play the role of Vanya Hargreaves in its superhero series "The Umbrella Academy," and that the character's gender would not change. While some commentators say the role should be recast, they would be wise to consider the message that firing a trans person for coming out would send. Identity is complex, Page is a versatile actor, and progress is not black and white. Page should be afforded all of the nuance and leeway necessary to continue his career while being his most authentic self — and being the queer icon we so need right now.