"Selena: The Series" is a triumph for representation in a rough year for shows

In 2020, shows like "Vida," "Beauty and the Baker" & "One Day at a Time” all saw their conclusions or cancellation 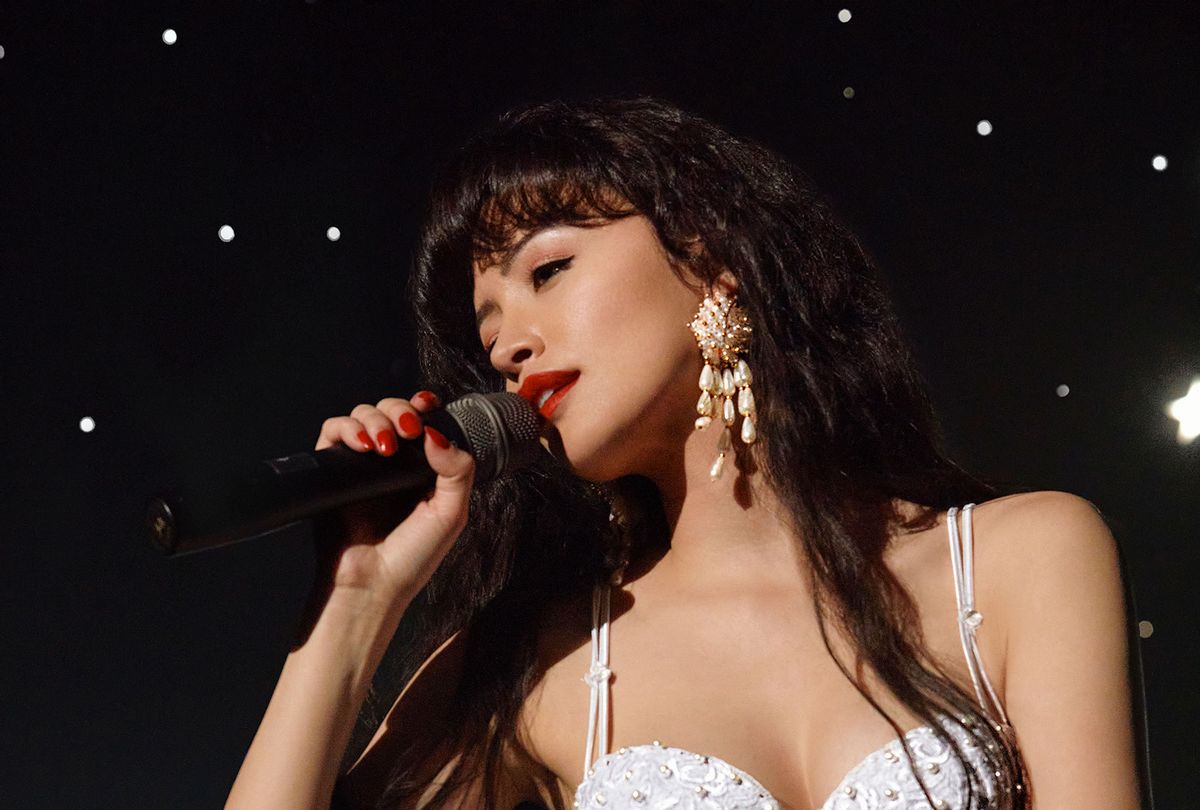 The second episode of "Selena: The Series" opens with the titular singer (played by Christian Marie Serratos) on stage. She's not a celebrity yet —at this point, Selena and the Quintanilla family were still just playing weddings, quinceañeras and fairs— but to the young girl watching in the wings, that didn't matter.

The little girl, who can't be more than 10 years old, is absolutely starstruck. You can tell it means so much to her to see someone who looks like her in the spotlight. That moment is an apt metaphor for the Netflix's new bio-series, which executive producer Jaime Dávila says is an opportunity to both take a deep dive into the life of the legendary artist, as well as offer representation for people who rarely make it to the small screen.

"I was representing this idea of showcasing a Mexican-American family like you've never seen, but who went on to change the world," Dávila said.

Selena Quintanilla was born in 1971 in Lake Jackson, Texas. Bolstered by her siblings, A.B and Suzette Quintanilla (who was an executive producer on the series), and her parents, Abraham and Marcella, she became known as the "Queen of Tejano music" — a particular blend of mariachi and polka music rooted in South Texas. When she was 23, she was fatally shot in the back by Yolanda Saldivar, the president of her first fan club.

Three months later, her unfinished fifth album, "Dreaming of You," topped the Billboard 200, and her legacy hasn't diminished in the 25 years since.

In 1997, Jennifer Lopez was catapulted into superstardom when she played the singer in the biopic "Selena." In a 2017 issue of "Interview" Beyonce and her sister Solange discussed Selena (Solange had recently come out with a cover of "I Could Fall in Love"). Drake wears her face airbrushed on his shirt. Cardi B has sampled from her work. Puerto Rican Rapper Bad Bunny — who scored the highest-charting all-Spanish-language album ever in March — has listed Selena as the icon with whom he wishes he could have collaborated.

But through this project, Dávila wanted to "explain how this legend happened," and to celebrate what it means for Mexican-Americans to make art.

"We think of Kacey Musgraves singing her. We think of Renee Zellweger thanking her in her Oscar's speech, but all of those things are abstracted with the question, 'How did this young Mexican-American girl from South Texas change the world?'" he said. "When you peel back the onion, as it were, you really find out that it's a beautiful family story."

That's why Dávila and his team made the intentional choice to split the series into two parts. The first set of nine episodes debut on Friday, Dec. 4, while an announcement regarding the release of the final nine episodes is expected in the coming weeks.

"The first part focuses on the making of a legend, but what was the hard work to get there?" he said. "I think that there was something just so beautiful in showcasing what Mexican-American families are really like. I think that's a big part of growing up. All the success I've had in my life is due to my family."

Dávila's upbringing also impacted the kinds of projects he wants to bring to the screen through his production company, Campanario Entertainment. His parents were Mexican immigrants and his father, Jaime Dávila, Sr., was a former president of Univision and executive at Televisa. Dávila says that as a kid, he would eagerly wait for new episodes of Mexican telenovelas — many of which his father had a hand in — just as he would programs like "Seinfeld" and "The Real World."

"I was constantly in that sort of middle ground — both — not 'either-or,'" he said. "That's how I see my identity and I really wanted to create something that celebrates the idea that being an 'American' can mean multiple things, and the idea that 'being American' can be different from what we think it is. And part of that is that Mexican-Americans like me and other Latinos are already part of that mainstream. We're already part of this fabric."

"Selena: The Series" is thoughtful in its representation of that, showing how the young singer was impacted by American musicians like Madonna and Janet Jackson, and how she embraced her South Texan "Spanglish," since she wasn't raised speaking Spanish (she typically conducted interviews in English, and began taking formal Spanish lessons in the early 1990s). Like Dávila — and the 36.6 million people who identify as Mexican Americans currently living in the United States — Selena wasn't just Mexican, or just American. She was both.

And presenting that point of view on television is especially important this year as several series featuring female Latinx leads, including "Vida," Beauty and the Baker" and "One Day at a Time," have seen their conclusions or cancellations (though "Gentefied," a fantastic series also about a Mexican-American family, thankfully saw a second-season renewal).

"It's very disappointing, right?" Dávila said. "It's disappointing when you have amazing shows like 'Beauty and the Baker'— or a lot of Latinx shows — that don't get the opportunity. If you look at the ratings for the first season of 'Seinfeld,' it was not that great. But they were like, 'No, we believe in the show, give us a chance because we love these characters and we know where we're taking it.'"

Dávila said he'd like to see more shows with non-white casts get a chance to expand into a second season, and for the rhetoric around those show's cancellations to shift.

"Not every Latinx show is going to work, nor should it; not every white show works," he said. "But what I think happens so much in Hollywood is that when a Latin American show doesn't work, often I will hear, 'Oh Mexicans didn't show up," versus when there is another white show about 20-year-olds in Brooklyn that is cancelled., no one says, 'Girls in Brooklynn don't watch TV.'"

The first nine episodes of "Selena: The Series" are now available to stream on Netflix.