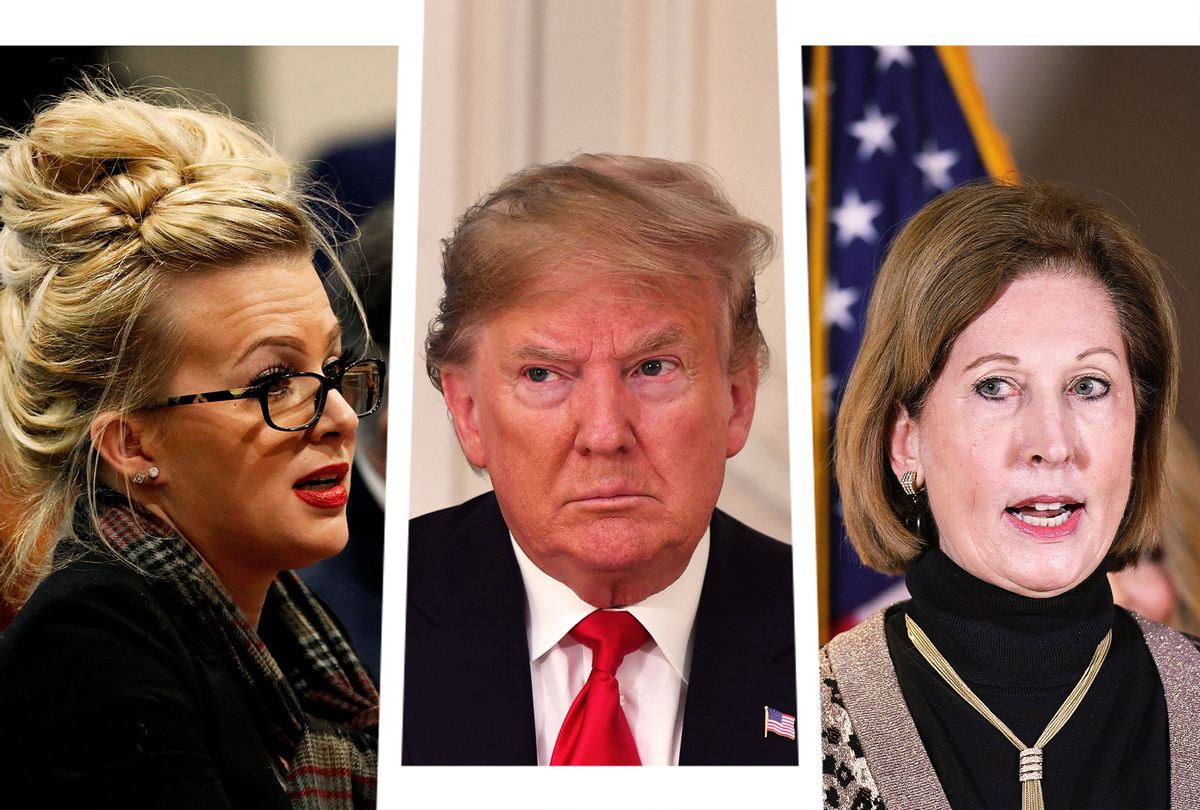 According to Atlanta Journal-Constitution reporter Greg Bluestein, former Donald Trump election lawyer Sidney Powell continued her streak of legal appeal errors with what appears to be a typo telling judges in Georgia that votes intended for former Vice President Joe Biden were " flipped" to Donald Trump.

Powell, who was dismissed from the president's legal team after making claims that were considered beyond the pale by both the president and his main legal adviser Rudy Giuliani, has continued to attempt to make the case for the president that the election was rife with fraud with what she called lawsuits of "biblical proportions."

Writing "Whoops" and appending a screenshot of the latest filing in Georgia, where Trump unexpectedly lost, Bluestein added, "The latest legal filing from former Trump attorney Sidney Powell in her Georgia lawsuit accuses Dominion voting machines of flipping votes from Biden to Trump — which would mean the president gained fraudulent votes. One GOP attorney calls it an 'epic fail.'"