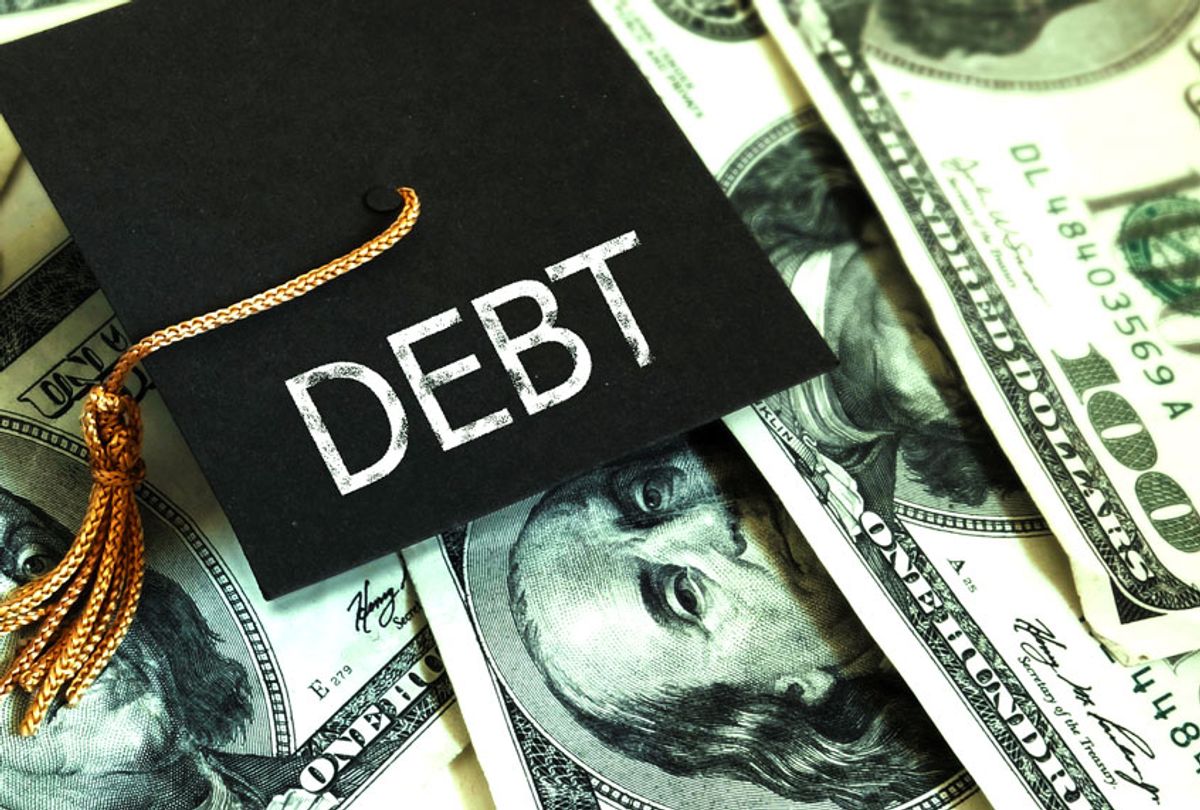 President-elect Joe Biden promised to forgive at least some student debt during his campaign, and he now supports immediately canceling US$10,000 per borrower as part of COVID-19 relief measures.

Such proposals are likely to be quite popular. A poll from 2019 found that 58% of voters support canceling all federal student debt.

But there are those who question the idea of debt forgiveness and call it unfair to those who never took out student debt or already paid it off.

As an ethicist who studies the morality of debt, I see merit in the question: Should student debt be canceled?

The moral case against canceling

Educational debt is often regarded as an investment in one's future. Millennials with a B.A., for instance, typically earn $25,000 more than those with a high school diploma. College education is also generally correlated with a variety of positive life outcomes, including physical and mental health, family stability and career satisfaction.

Given the benefits of college education, canceling student debt appears to some as a giveaway for those who are already on their way to becoming well-off.

Canceling debt also seems to violate the moral principle of following through on one's promises. Borrowers have a moral duty to fulfill their loan agreements, the philosopher Immanuel Kant argued, because reneging on promises is disrespectful to oneself and others. Once people have promised to do something, he noted, others rely upon that promise and expect them to follow through.

In the case of federal student loans, a borrower signs a promissory note agreeing to pay back the government and, ultimately, the taxpayers. And so student borrowers seem to have a moral duty to pay their debts unless mitigating circumstances like injury or illness arise.

The moral case for canceling

Fairness and respect, however, also demand that society addresses the magnitude of student debt today, and especially the burdens it imposes on low-income, first-generation and Black borrowers.

Young people today start their adult lives burdened with much more student debt than previous generations. Almost 70% of college students now borrow to attend college, and the average size of their debt has risen since the mid-90s from less than $13,000 to about $30,000 today.

As a result, total outstanding student debt has jumped to over $1.5 trillion, making it the second largest form of debt in the U.S. after mortgages.

This explosion in student debt raises two significant moral concerns, as my student Justin Lewiston and I argue in an article published last month by The Journal of Value Inquiry.

The first concern is that the distribution of costs and benefits is very unequal. Fairness requires equal opportunity, as the philosopher John Rawls argued. Yet, while borrowing for education is supposed to create opportunities for students from disadvantaged backgrounds, those opportunities often fail to materialize due to educational challenges and wage gaps in the labor market.

Data show that low-income students, first-generation students and Black students face much greater struggles in repaying their loans. About 70% of those in default are first-generation students, and 40% come from low-income backgrounds. Twenty years after college, when white borrowers have repaid 94% of their loans, the typical Black student has been able to repay only 5%.

These repayment and default rates reflect significantly lower graduation rates for students in those groups, who typically need to work long hours while also in school and hence engage less with both the academic and nonacademic aspects of college.

But they also reflect significantly lower post-graduation incomes for such students, due in no small part to continuing social and racial wage gaps in the labor market. Black men with a bachelor's degree make, on average, more than 20% less than white men with the same education and experience, though that wage gap is smaller for women. And first-generation graduates typically make 10% less than students whose parents graduated from college.

A second moral concern is that student debt is increasingly causing widespread distress and constraining life choices in significant ways. Consider that even before the pandemic, 20% of student borrowers were behind on their payments, and first-generation borrowers and borrowers of color are struggling even more.

The financial distress indicated by this high rate of delinquency is undermining both the physical and mental health of young adults. It prevents young adults from starting families, purchasing cars, renting or buying their own homes and even starting new businesses.

Unsurprisingly, these negative effects are disproportionately experienced by first-generation, low-income and Black student borrowers, whose life choices are especially restricted by the need to make loan payments.

Some analysts have argued, however, that canceling student debt will create a problem of moral hazard. A moral hazard arises when people no longer feel the need to make careful choices because they expect others to cover the risk for them.

For example, a bank that expects to be bailed out by the government in the event of a financial crisis thereby has an incentive to engage in riskier behavior.

Moral hazard can be avoided by combining student debt cancellation with programs that reduce the need for future borrowing, especially for first-generation students, low-income students and students of color.

One success story is the Tennessee Promise, a program enacted in 2015 to make tuition and fees at community and technical colleges free to state residents. This program has increased enrollment, retention and completion rates, while reducing borrowing by over 25%.

Looking backward at initial promises to repay can explain why people are generally required to pay their debts. But looking forward will enable policymakers to imagine how canceling student debt could help create a fairer society.