Bless Joe Biden for bringing pets (and compassion!) back to the White House 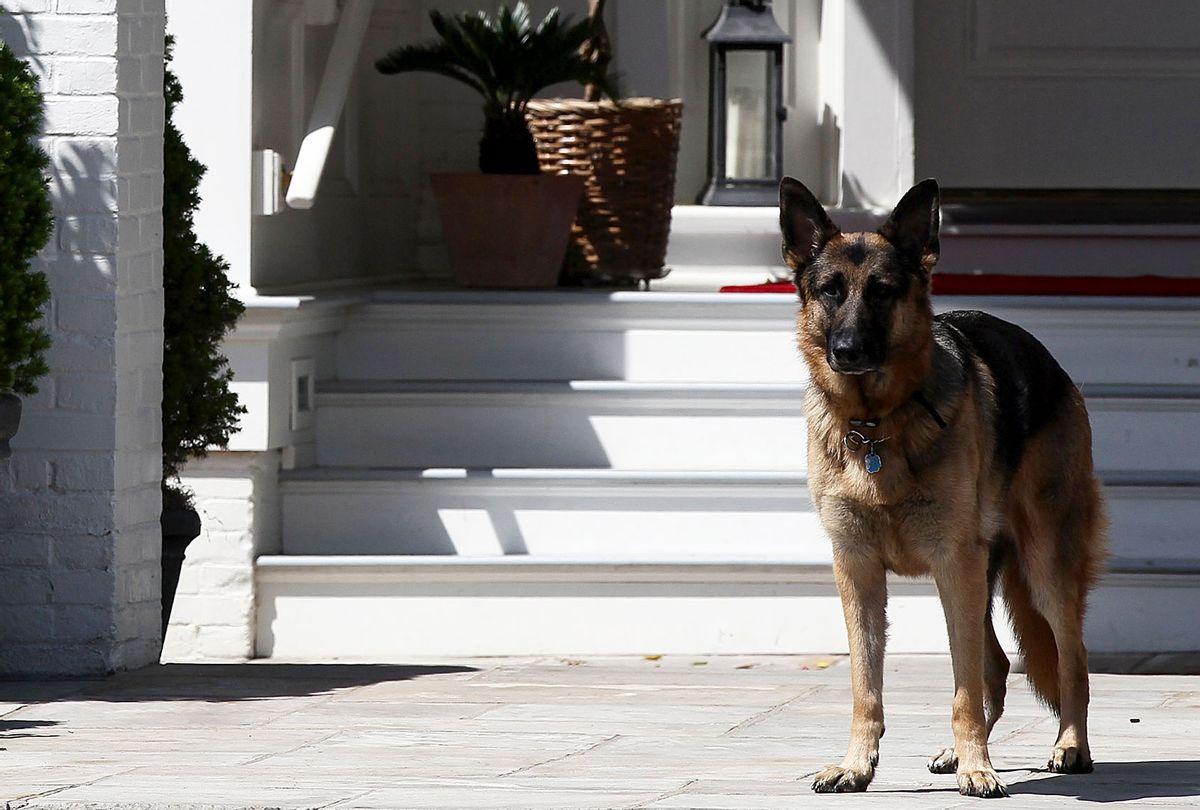 Over the weekend, President-elect Joe Biden fractured his foot while playing with Major, his German shepherd. After the news broke, it was momentarily unclear what the collective response would be.

Throughout the election, Biden struggled with being perceived, as "The Hill" contributor Charlie Gerow said in September, as a "fragile, frail old man." This accident could have further spotlighted what some voters already saw as a shortcoming. However, it quickly became clear that most people — myself included — responded to the story by simply saying, "Thank God we have a normal human in charge of the country again."

It offered a helpful translation for human readers: "I wish my adopted father a speedy recovery but I strongly maintain that I have done nothing wrong. I look forward to the Secret Service's investigation, which I expect will confirm that I am a very good boy."

Politicians' pets have historically had an important part in American elections, from the campaign trail to their tenures at the White House.

They serve as mascots; Bo and Sunny, the Obamas' pair of Portuguese Water Dogs, were often photographed romping across the White House lawn. Pets also serve as a simple way to relate to constituents. For example, during the Clinton administration, First Lady Hillary Clinton wrote a children's book, "Dear Socks, Dear Buddy: Kids' Letters to the First Pets," based on the numerous letters the couple's chocolate lab and black and white cat received.

They can also imbue their owners with personality traits those politicians may not otherwise display. Remember when Bailey, Sen. Elizabeth Warren's golden retriever, was caught on film stealing a burrito at a campaign event? That happened the same day Warren announced she would be suspending her campaign. While at the time Warren told backers, "'I refuse to let disappointment blind me – or you – to what we've accomplished," Bailey's burrito-snatching moment soon became a cultural stand-in for the stress-eating Warren (and many of her fans) likely wanted to do that night.

Donald Trump is the first president since James K. Polk to not have a presidential pet while in office. He has a notorious dislike of dogs. In his mind, people are "fired like dogs" (as was the case with conservative media figures Erick Erickson and Glenn Beck). They "sweat like dogs" "die like dogs," "choke like dogs" and are "dumped like dogs."

Most recently, as the Washington Post reported, Trump used the phrase in one of his numerous, unfounded claims of voter fraud: "'If you were a Republican poll watcher, you were treated like a dog,' Trump complained, using one of his favorite put-downs, even though many people treat dogs well, like members of their own families."

To Trump, a dog isn't the epitome of loyalty, fidelity, companionship or protection. It's a pathetic, simpering creature.

"To the president, dogs are capable of many things, none of which are particularly dog-like," Vanity Fair's Kenzie Bryant wrote. "Begging for money, for example. Getting dumped. Feeling ungrateful . . . The creatures have never done much good in the Trumpian universe."

Could a dog have helped Trump's image during the election? Among some voters, perhaps. A group called Dog Lovers for Joe released a campaign advertisement urging voters to "choose their humans wisely," and international media ran headlines like "Donald Trump's lack of a dog has become an election issue."

And, as "First Pets" author Brooke Janis said back in 2018, "This is a president who needs a friend. Having a dog offers unconditional love, and that is something that this president desires so deeply and can't seem to find."

That said, Trump expressed no desire to introduce a dog to the White House, even if just for show. "How would I look walking a dog on the White House lawn? Would that be right?" he asked attendees at a 2019 rally. "I don't know. Feels a little phony, phony to me"

That's why, despite his faults, Salon's Mary Elizabeth Williams rightly asserts that "Joe Biden is the PTSD president we need."

"It would be fantastic enough just to have a leader who respects science and diplomacy and knows how to turn off caps lock; you could stop right there, and the world would exhale a sigh of relief," she wrote. "But what will guide the Biden era is the example of empathy."

And empathy goes hand-in-hand with compassion; it's worth noting that 2-year-old Major Biden is the first shelter dog to live in the White House, where he will be joined by the Bidens' 12-year-old German shepherd Champ, as well as a soon-to-be-adopted cat.

By way of disclosure, it should also be noted that I'm writing this story as I'm preparing for what is likely our dog's last winter; Stanley is a 15-year-old dachshund and has been unwell for a while now. This week, he took a turn for the worse. As I sat up with him, feeding him from a spoon because it hurts his back to bend over a bowl, I remembered Jimmy Kimmel's monologue following news of Biden's injury.

"Can you imagine Trump having a dog?" he said. "I can't picture him feeding anyone but himself."

I certainly can't envision Trump caring for a pet through its stages of life — from rambunctious, (though not-quite-house trained puppy) to an elderly companion that needs extra attention. There's no way you'd catch him spoon feeding a dog on the floor of the White House kitchen. Joe Biden, though? That I can easily imagine.