With rent due and evictions looming, Warren rips McConnell for "disgraceful" obstruction 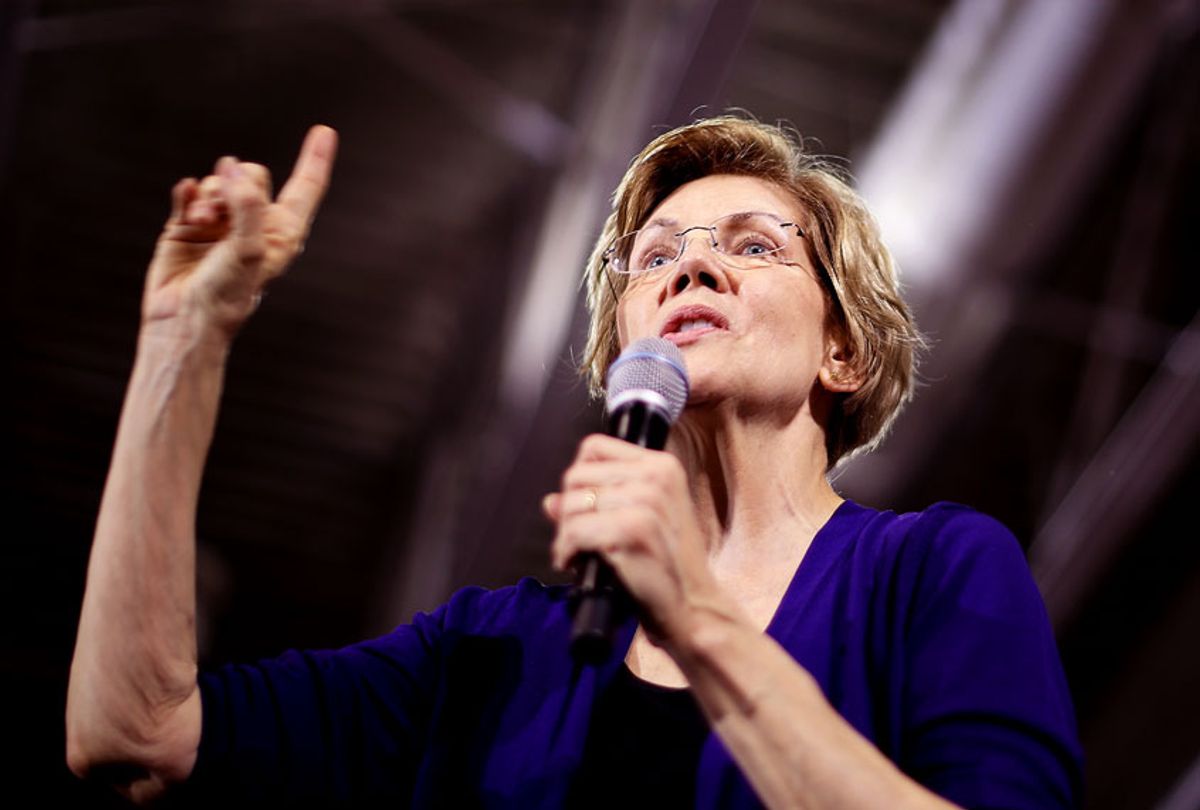 Democratic presidential candidate Sen. Elizabeth Warren (D-MA) speaks during a campaign rally in the gymnasium at Wakefield High School February 13, 2020 in Arlington, Virginia. After placing fourth in both the Iowa caucuses and the New Hampshire primary, Warren is looking to regain traction heading into Nevada, South Carolina and the Super Tuesday contests. (Chip Somodevilla/Getty Images)
--

With another rent payment due Tuesday for millions of Americans, Sen. Elizabeth Warren called out Senate Majority Leader Mitch McConnell and his fellow Republicans for continuing to stonewall an adequate coronavirus stimulus bill that would prevent mass evictions that are just around the corner and provide desperately needed relief to the unemployed.

"The rent is due. . . and Majority Leader McConnell and the Senate GOP still haven't reinstated the $600 unemployment checks, extended unemployment programs, passed rental assistance, or anything else in months to help struggling families during this crisis," the Massachusetts Democrat tweeted Monday. "It's disgraceful."

"With so many families struggling to put food on the table," Warren added in a separate tweet, "it is cruel for Republicans to continue blocking real relief for working people during this crisis."

According to the latest data from the U.S. Census Bureau's Household Pulse Survey, more than 14 million people in October reported having "little or no confidence" they would be able to make rent in November, a number that is likely to grow as business closures and mass layoffs continue. An analysis released last week by the Federal Reserve Bank of Philadelphia found that a growing number of Americans are being forced to use credit cards to pay rent because their savings are running dry.

"If you're putting your rent payments on to a credit card, that shows you're really at risk of eviction," Shamus Roller, executive director of the nonprofit National Housing Law Project, told NPR. "That means you've run out of savings; you've probably run out of calls to family members to get them to loan you money."

With flimsy and inadequate eviction moratoriums set to expire across the nation at the end of the year — and as some are already being kicked out of their homes despite the moratoriums — housing advocates are warning of a flood of evictions if Congress fails to act. Due in large part to obstruction by McConnell and other Senate Republicans, coronavirus relief negotiations have been at a standstill for months, and no tangible progress has been made since the presidential election.

In an August report, the Aspen Institute estimated that 30-40 million Americans could be at risk of eviction in the coming months, a looming disaster that the organization described as possibly the "most severe housing crisis" in U.S. history.

"For nine months, this tsunami on the horizon has been completely predictable and entirely preventable; we've known the solution to this for months, [the problem] is the lack of political will," Diane Yentel, president and CEO of the National Low Income Housing Coalition, told Vox last week. "We've been saying for nine months now that it's going take at least $100 billion in rental assistance."

The HEROES Act, passed by the Democrat-controlled House in May, includes $100 billion in emergency rental assistance as well as a new 12-month moratorium on evictions for non-payment of rent, but McConnell has refused to allow a vote on the legislation.