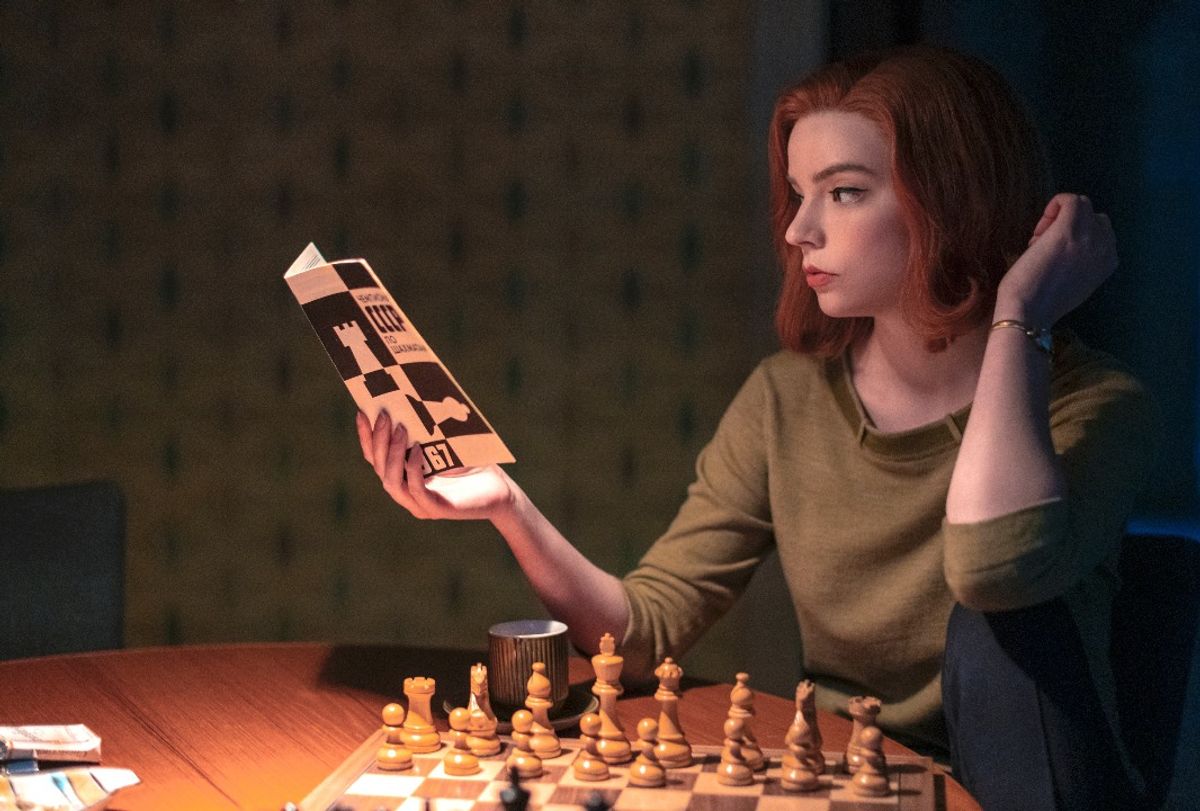 Nobody could have predicted that "The Queen's Gambit" would become the global phenomenon that it has, and that includes co-creator Scott Frank and lead actor Anya Taylor-Joy, who plays chess prodigy Beth Harmon in the Netflix limited series. Academy Award-nominated writer/director Frank, who co-created the series with Allan Scott, is now hoping that lighting in a bottle will carry over to his next project. According to an interview with The Ringer's The Watch podcast (via JoBlo.com), Frank is currently developing an adaptation of "Lolita" author Vladimir Nabokov's 1932 novel "Laughter in the Dark," with Anya Taylor-Joy to star.

Read more from IndieWire: The best TV posters of 2020

Frank called the project "a valentine to movies, I'm going to do it as a film noir and a movie within a movie. And it's a really nasty, wonderful, thriller." The book centers on Albert Albinus, a middle-aged art critic who takes a special interest in Margot Peters, a 17-year-old aspiring actress and model. They form a mutually parasitic relationship, abetted by Margot's old flame Axel Rex, who reunites with her to suck the life out of Albert.

Nabokov used some of this material as the basis for "Lolita." Not many film or TV projects have successfully adapted Nabokov's voice, outside Stanley Kubrick's 1962 "Lolita," whose screenplay Nabokov himself wrote. Adriane Lyne crafted a much grimmer version of the book about an adult man's sexual relationship with a young girl in 1997. Rainer Werner Fassbinder, meanwhile, adapted Nabokov's doppelgänger black comedy "Despair" into a 1978 film.

Read more from IndieWire: "The Lord of the Rings": Everything you need to know about Amazon's big money adaptation

Scott Frank, an Oscar nominee for writing the screenplays for "Out of Sight" and "Logan," said he's also working on another project inspired by the works of hardboiled detective novelist Dashiell Hammett. In this case, Clive Owen would play Sam Spade, a character seen in films like "The Maltese Falcon," but now older. "What if you do Sam Spade later in life and he's 60-years-old?" Frank said. "He's now an ex-pat living in the South of France. His past comes to his [present] and finds him in this small town. It's going to be a six-episode series with Clive Owen."

"The Queen's Gambit" is currently streaming on Netflix. Star Taylor-Joy is now a global phenomenon herself, as she's next set to star as Furiosa in George Miller's upcoming "Mad Max" spinoff.