Why Joe Biden should forgive billions in student debt 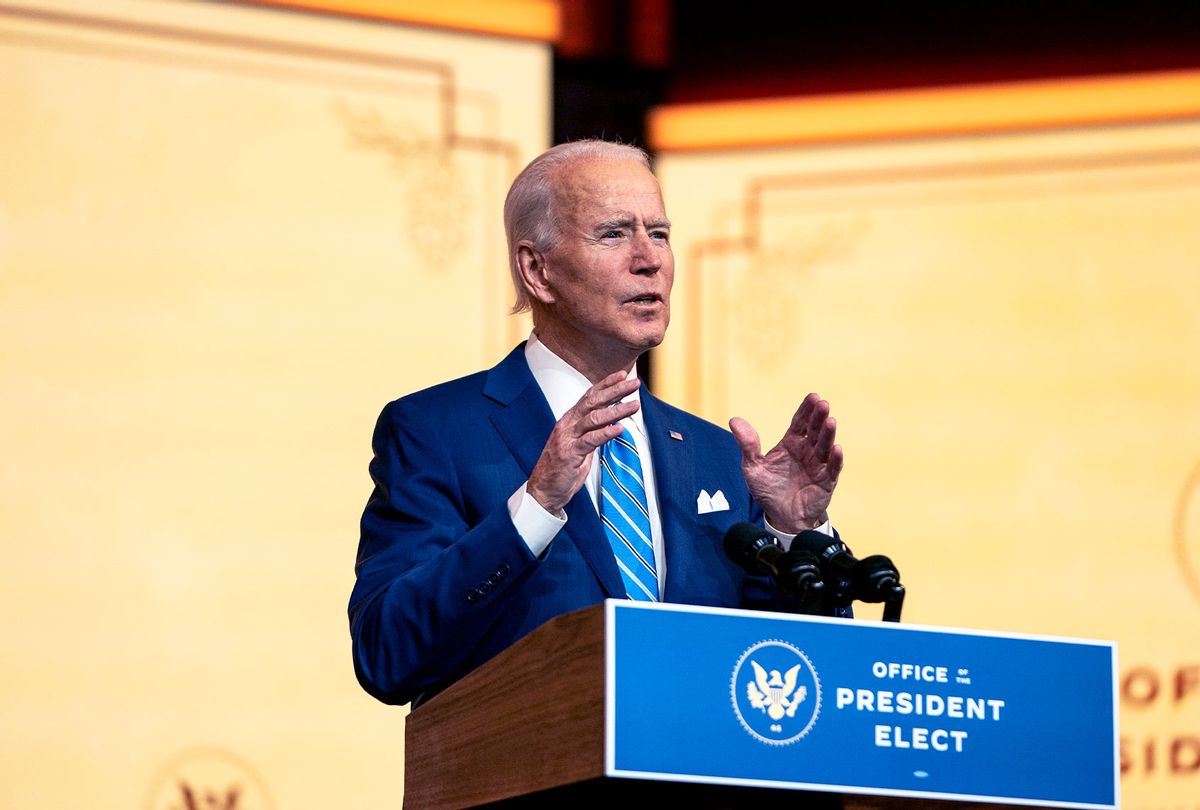 There is an easy option available to President-elect Joe Biden to ease the economic suffering of Americans on the first day he takes office, and that is to cancel outstanding federal government student loans. Senator Elizabeth Warren made the case during a recent Senate Banking Committee hearing, saying that, "All on his own, President-elect Biden will have the ability to administratively cancel billions of dollars in student loan debt using the authority that Congress has already given to the Secretary of Education." She added, "This is the single most effective economic stimulus that is available through executive action."

She's right. About 45 million Americans have a whopping $1.6 trillion of student loan debts, and a significant number have made no progress in paying them off. After home mortgages, student loans are the second most common debt in the United States. There is no mystery as to why this is the case. While the cost of higher education has risen, wages have simply not kept up, and debt has slowly ballooned. The burden of debt repayment has held people back from buying homes, moving out of their parents' homes, having children, pursuing further education, starting businesses, and more. In other words, it has dragged down lives and the economy.

Cody Hounanian, program director of the group Student Debt Crisis, explained to me in an interview that federal government loan debts are "around 80 percent of the federal student loan market." The rest is held by private institutions. While Biden does not have the authority on his own to address private loan debt, he could, with the stroke of a pen, cancel federal government loans. Indeed, it may be the easiest and most effective economic stimulus plan available to him using his executive authority. Hounanian said, "The President of the United States, no matter who it is, including Donald Trump, has the authority right now to cancel student loan debt using executive action. This is a power written into the Higher Education Act."

Canceling federal student loans is a racial justice issue as well. The existing racial wealth gap is exacerbated by student debt. One reportestimated that racial inequities in student loans are even higher than expected with Black graduates owing nearly two times the amount that white graduates owe. According to Hounanian, "debt cancelation is a civil rights issue. It is an important equalizer."

During his campaign, Biden endorsed canceling $10,000 per person of student loan debt. Yet, as soon as he won the election, Biden called on Congress to take up the matter. Zack Friedman writes in an article for Forbes, "Biden is deferring to Congress to pass relevant legislation on student loans, rather than act unilaterally as president."

At a time when partisan gridlock in Congress has blocked most progressive legislation from even getting a hearing, Biden's suggestion is naïve at best. Even Trump understood the seriousness of the issue when he used his executive power (for once in a positive manner) to extend until the end of the year student loan payment relief that was included in the CARES Act.

Biden is being flanked to the left by Senate Minority Leader Chuck Schumer as well. Schumer—not known as a champion of progressive causes—has joined forces with Senator Warren to demand that Biden cancel $50,000 per person of student loans through executive action. If Biden is shy about using his executive authority in the wake of the Trump presidency, the nation is in deep trouble.

"This is an opportunity for Joe Biden to have his FDR moment," said Hounanian. His organization Student Debt Crisis has been working on this issue for years and is part of a large coalition of hundreds of organizations calling on Biden to do the right thing. A petition launched earlier this year to cancel student loans has garnered more than 1.3 million signatures. Advocacy groups are optimistic that this may be the closest they have come in years to realizing their goal of eliminating student loan debt.

And yet the voices of opposition are already pressuring Biden to do the wrong thing. Fox Business in a laughably hypocritical piece claimed that canceling student loan debt was regressive and would disproportionately benefit wealthier Americans. The Heritage Foundation, a right-wing think tank, in a typically patronizing tone claimed that loan forgiveness "rewards fiscal irresponsibility," failing of course to apply those same standards to tax breaks for wealthy Americans or taxpayer-funded subsidies for corporations. Education Secretary Betsy DeVoscalled the idea of debt forgiveness an "insidious notion of government gift-giving," simultaneously refusing to see the economic benefits by her department's policies to wealthy Americans as "gift-giving."

DeVos also claimed that forgiving student loans was "unfair" to those who did not go to college or those who managed to pay off their loans. In other words, all should suffer because some suffered. This is the conservative logic gleefully invoked to preserve any unfair status quo that maintains wealth inequality. Imagine applying that logic to, say, the 2017 tax reform bill. Why should corporations and wealthy Americans get tax breaks that their predecessors or earlier counterparts did not obtain?

Thankfully, most Americans do not espouse the elitist views of out-of-touch billionaires who have waged class war on the nation for decades. A recent Pew poll found that an overwhelming majority supports federal government action to address the student debt crisis.

Biden has already made it clear that on the issue of student debt forgiveness, he falls on the side of ordinary Americans and not on the side of Fox Business or DeVos. What he appears unclear on is how best to achieve his goal of easing the burden of student loans. If his presidency does not seize the moment and use its clear authority to realize his stated goals—if he instead defers to an unrealistic legislative path—then his campaign promises will rightly be viewed as disingenuous.

As the global pandemic was unfolding in the United States, Biden rightly said, "In this moment of crisis, we should be sending federal resources to those who need it most. It's not just good economics—it's the right thing to do."