"The worst of the worst": Rep. Katie Porter reveals how Mitch McConnell is blocking COVID relief 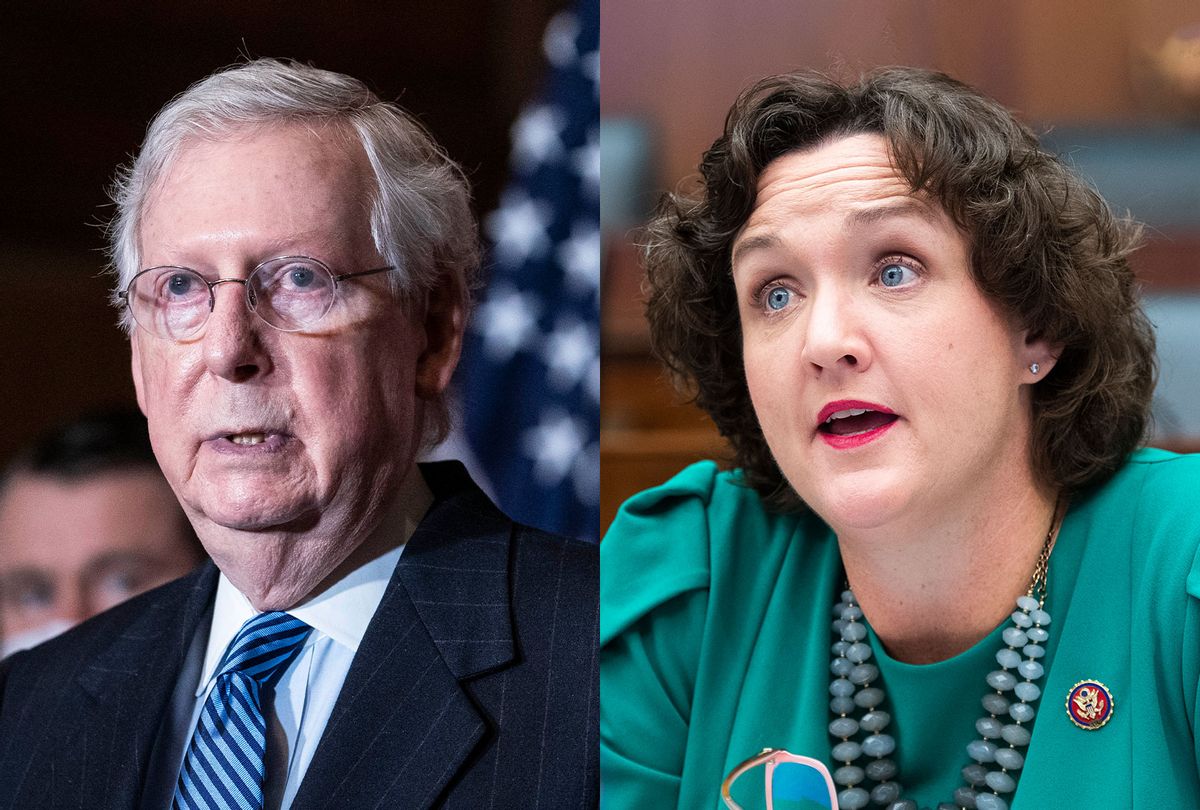 On Tuesday evening, Porter posted a series of tweets as she expressed concern about lawmakers' inability to reach a substantial deal for the next stimulus package. Although discussions have taken place, Porter noted McConnell's continued efforts to block bipartisan negotiations for a COVID-19 relief bill which would fund an additional round of unemployment benefits, small business loans, financial support for healthcare systems and essential workers.

"When I came to Congress, I knew I had a responsibility to pull back the curtain for the American people and expose corruption in real time. So, I'm filling you in on Senator McConnell's attempts over the last 8 days to tank a *bipartisan* COVID relief bill," Porter said.

She added, "You may have heard that Democrats and Republicans have agreed upon spending $900 billion to fund another round of small business loans, support hospitals and essential workers, and help the 10 million people who lost their jobs through no fault of their own."

She also revealed everyone who has been part of the negotiations has been in agreement with moving forward with the next package. However, McConnell appears to be the only lawmaker who refuses to bring a vote to the floor.

Porter continued, "Everyone at the negotiating table—including Senate Rs—has agreed to a compromise. Except one. Mitch McConnell is refusing to bring it to the floor unless it wipes away all COVID-related lawsuits filed that "allege injury or death" due to corporate negligence."

"These lawsuits represent the worst of the worst examples of disregard for human life—cases filed on behalf of nursing home patients and grocery store workers who died because the company in charge of keeping them safe prioritized cutting costs over protecting them."

She concluded, "The same McConnell who said that President Trump is "100% within his rights" to pursue baseless lawsuits alleging election fraud is now refusing to pass urgently-needed relief unless it strips those same rights from the most vulnerable among us. This must be exposed."

As of Wednesday, Dec. 9, the United States has reported more than 15.5 million coronavirus cases, nationwide.