Co-editor J. Kenji López-Alt spoke with Salon about some of the more provocative essays from this new collection 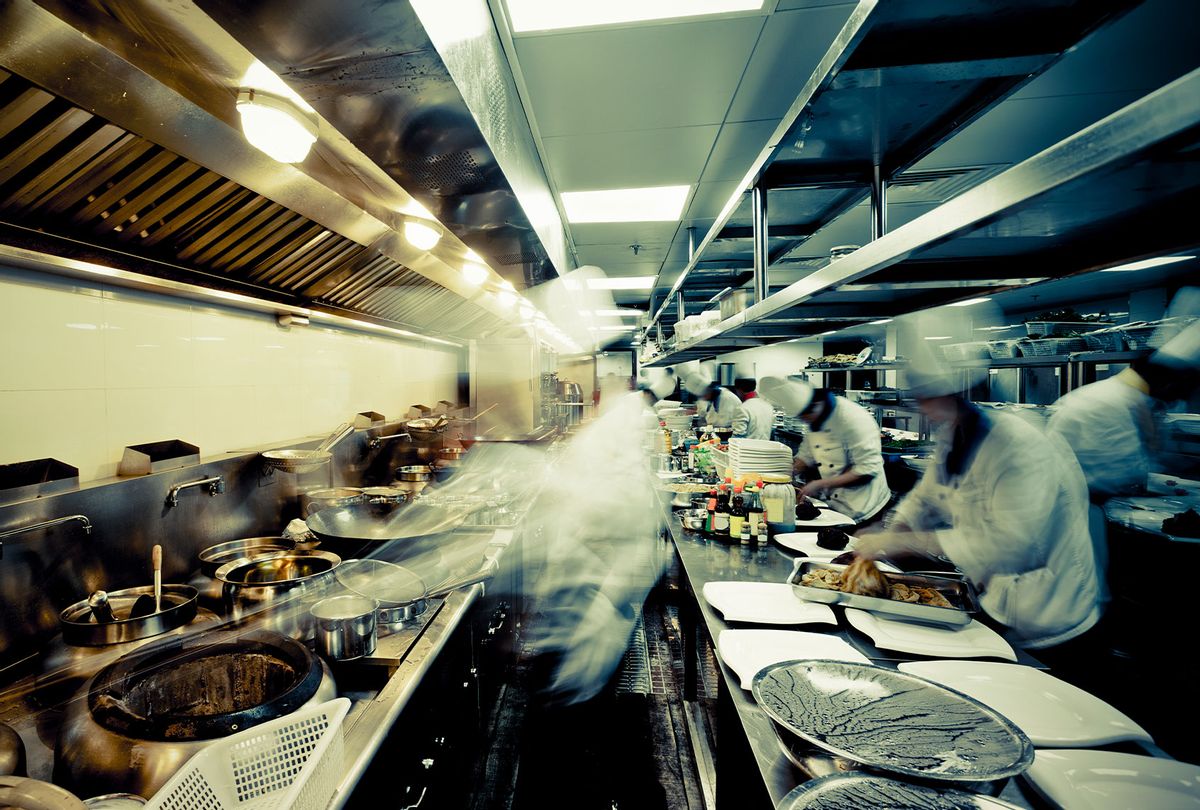 For the last several decades, it seemed that a large swath of American restaurant culture was predicated on, and in some cases propelled by, vice. Some was of the more innocuous variety. Anthony Bourdain — whose own 2000 memoir, "Kitchen Confidential" is home to the oft quoted, "Your body is not a temple, it's an amusement park. Enjoy the ride" — once famously scandalized Oprah by divulging the amount of butter contained in most restaurant dishes. Late nights are the norm, while drug and alcohol use are open secrets.

Bad-boy chefs of varying shades — the bacchanalian reveler, the serial womanizer, the aggressive taskmaster —and drama-filled restaurants found their way into tabloid pages and scripted narratives like "Burnt" and "Sweetbitter." And for a while, that all felt like the industry standard.

But then, starting in about 2017, a switch was flipped.

This was partly propelled by #MeToo. Several big-name chefs and restaurateurs came under scrutiny, including renowned New Orleans chef John Besh, pastry chef and TV host Johnny Iuzzini, and Ken Friedman, who owned the West Village gastropub The Spotted Pig — which had a private third floor that earned the nickname "the rape room." In March 2019, chef and television personality Mario Batali surrendered shares in all his restaurants and Eataly, the fast-growing Italian grocery chain, following police investigations into two sexual misconduct allegations.

The New York City Police Department eventually closed the investigation due to New York's statute of limitations, and lack of sufficient evidence, but several unnamed employees told the New York Times that Batali was "known for fostering a sexist, raucous culture that ignored misconduct by male employees and demeaned female workers."

The article continued: "Before the #MeToo movement, however, that kind of atmosphere was hardly unique to Batali."

And while the conversation about the state of the restaurant industry has shifted dramatically in 2020 — amid mandatory closures and the reduction of services, despite no promise of a large-scale government bail out — "The Best American Food Writing of 2020" draws attention again to the important topic of America's changing professional kitchen culture.

Food writer and chef J. Kenji López-Alt, who co-edited the collection, points in particular to Hannah Goldfield's piece, "Joe Beef and the Excesses of Restaurant Culture," which originally appeared in The New Yorker in May 2019.

"I found it really interesting because it was about a chef that kind of exemplifies that sh**ty restaurant culture that people in the industry, well and people outside the industry, I guess, were familiar with," López-Alt said. "It was specifically about him trying to redeem himself."

Goldfield's piece centers on the story of chef David McMillan and his partner Frédéric Morin, the men behind the Montreal dining institution, whose menu "is defined by exuberant immoderation, a blend of the haute and the gluttonous."

"For a long time, McMillan and Morin made a point of living the experience that they were selling," Goldfield wrote. "McMillan was known for drinking with his customers, and then downing bottles of wine long after dinner service was over. The chefs' spirit of extravagance helped make Joe Beef a success."

Despite its success, Goldfield reported, Joe Beef was sometimes a volatile and abusive work environment. She details what a former employee called "bulls**t frat-boy stuff." McMillian would use homophobic slurs and greet female customers with the line, "You're so hot I would chase you through the forest with an ax." He one time forced a cook to drink a glass of chicken blood saying it was his "mother's strawberry wine," followed by a shot of whiskey to kill the salmonella. "That's boys being bad in the kitchen," McMillian told Goldfield.

"A former bartender, Sarah Reid, told me, without animus, that McMillan slapped her butt on several occasions after he'd been drinking," Goldfield wrote. "At the time, she considered it a sign that he was pleased with her work. 'We're all brainwashed in this culture,' she said, adding, 'I don't want to demonize Dave and say that he is the problem.' (McMillan denies ever slapping Reid. "Even in my drinking, I remember everything," he said.)"

But then in 2018, Morin and several employees and friends staged an intervention for McMillan at Joe Beef. He entered rehab for a month where he received a "crash-course in alcoholism, wellness, and the language of sobriety." Morin soon got sober, as well.

Goldfield takes an in-depth look into how the men's decision has changed the culture at Joe Beef — and how McMillian and Morin hope their example changes the industry at large, and parses out the mixed industry response to their shift. "Where they once promoted unbridled hedonism, they've now become unlikely crusaders against the excesses of restaurant culture," she wrote.

"What I found interesting [about this story] is here's this guy who perpetuated this culture for a long time and actually became popular and famous, in parts, for behaving that way," López-Alt said. "And now here it is again, getting rewarded for changing. I don't know, I find it interesting that as a white male chef, it's hard to do wrong, right?"

He continued: "On one hand, it's cool — he's setting a good example, showing people they can change and maybe inspiring other people to change. But on the other hand, why are we celebrating this guy when there are people who never were a**holes and who never behave this way?"

López-Alt points to two other pieces in the collection that speak to the nuances of changing professional kitchen landscape: Kat Kinsman's "Where'd You Go Rocco DiSpirito?" and Kim Seversen's "It's Not Always Easy to Be Jamie Oliver" (which originally published in Food & Wine and The New York Times, respectively). Both pieces center on chefs who saw their professional heights when the cultural concept of celebrity chefs was truly skyrocketing, and assesses what happened when their stars dimmed — through bankruptcies, health issues, vicious tabloids spreads, restaurant closures.

Underpinning both of these stories, López-Alt said, is an understanding of "male celebrity chef culture, both how it's changed and how and how it changed these men over the decades."

And the industry is changing, but perhaps not quickly enough. "The Best American Food Writing 2020" also features an excerpt from "Top Chef" alum's Kwame Onwuachi's memoir, "Notes From a Young Black Chef." In it, he reveals a culture of kitchen abuse at Thomas Keller's famed New York City restaurant Per Se.

"The kitchen at Per Se was a clean place but hard and heartless too," Onwuachi wrote. "The hierarchy was a necessary one but the weight of it was crushing to those on the bottom. The brigade system ensures that food gets to the plate looking pretty; it also gives free range to rage-inclined pricks to indulge their worst impulses."

Even with the best of intentions, Onwauchi wrote, those habits die hard.

"The anger was like black mold in the air ducts, infecting everything," he wrote. "As I've opened my own kitchens, at times I've certainly been guilty of regurgitating the habits I learned at Per Se. But when I grow enraged, I also try to remember how it made me feel to be yelled at on the line. From Per Se, I try to extract the sense of urgency without the poison of anger."

And while the local restaurant industry is in a undeniable, heartbreaking state of freefall from the pandemic, reading from the collection — especially paired with this recent report about kitchen abuse at Mission Chinese —  it makes me wonder what it will look like when it finally settles again.