Forty-one days of pure hell: How do we survive the end of the Trump presidency?

Donald Trump cannot handle the emotions called up by his defeat. His narcissistic response is painful and dangerous 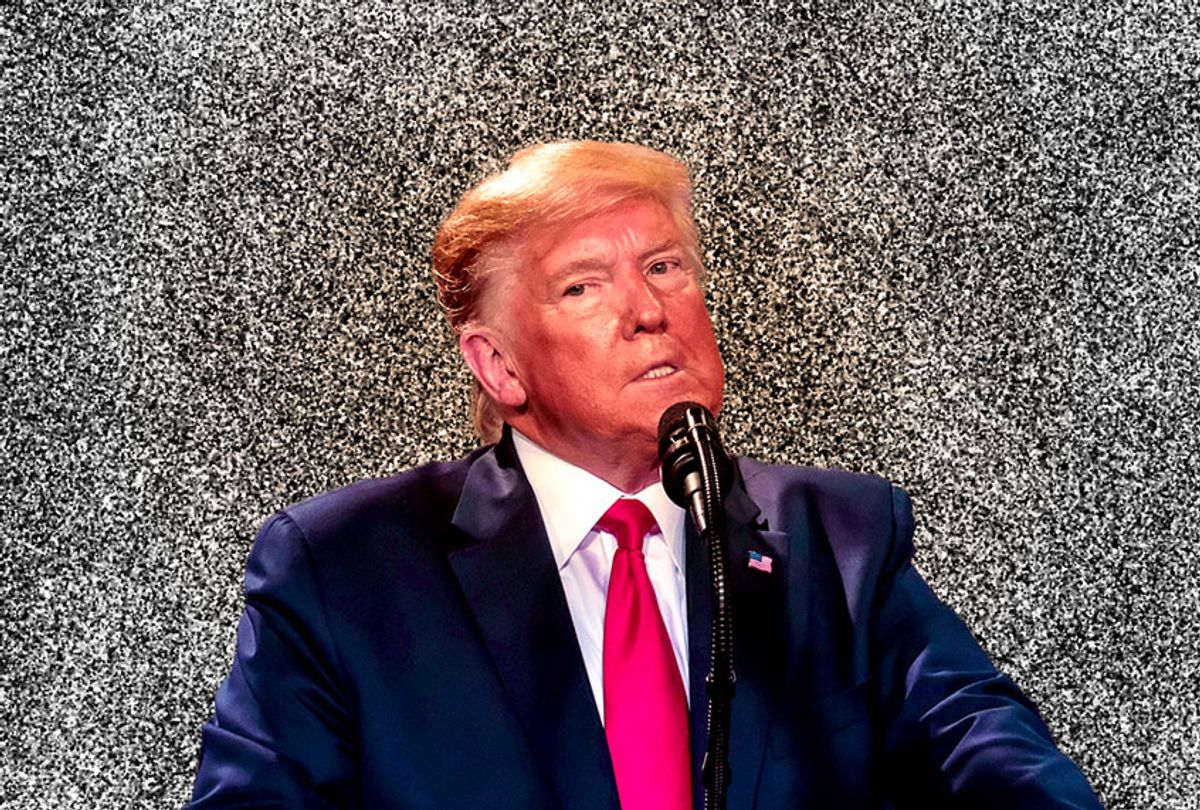 Donald Trump has 41 days to go before his presidency is over. Instead of assisting with the peaceful transfer of power to President-elect Joe Biden, he has chosen to spend his final days exhibiting his psychiatric disorder. His rhetoric and his behavior are manifestations of his pathology. He shows every day that he has no self-control, no insight and no capacity to function effectively at his job.

Trump lost the election fair and square. But he cannot handle the defeat because his narcissistic injury has triggered outrage, hostility, accusations and victimhood. Despite his loud proclamations of a rigged election, there is absolutely no evidence of it. Trump has been rejected by a majority of the American people, and now he is an angry, miserable and destructive loser.

Trump is not capable of experiencing true depression. His psyche is not equipped for such a normal response. Rather, he responds to loss or disappointment by becoming enraged and accusatory. He feels and acts as if he were a victim. Trump's response is primitive and pathological. It is pathognomonic of personality pathology. It is entirely outside the realm of normalcy. It is dangerous.

Trump's "alternative universe" is being threatened by the reality of his election loss. He is desperate to maintain the persona of being smart, superior, strong and almighty. This is his "false self," a fantasy created to cover up the truth: that he is not very smart, that he is lazy, that he is disinterested, that he is not as rich as he claims, that he does not care about people, that he is corrupt and that he is cruel. That is Trump's "true self." He has spent his entire life spinning a fake web of grandiosity and superiority with enablers along the way to keep the ruse alive. As president, he has convinced millions that his false persona is more true than observable reality. That, my friends, is a skilled con man, an accomplished grifter, an unabashed criminal.

From all reports, Trump has stopped working. His days are filled with angry outbursts, watching television, promulgating conspiracy theories and playing golf. He is incapacitated by his psychiatric symptoms. He is abdicating his responsibility as president. The idea that he is our ultimate public servant could not be further from the truth. Trump is totally self-absorbed with his narcissistic injury and his grievances. Governing others is beyond his psychic capacity. In fact, it is his vindictiveness and his irrationality that have risen to the forefront.

So Trump's mental pathology is not allowing him to tackle the existential challenge facing the American people: the deadly pandemic that is raging and the resulting economic fallout. He has washed his hands of it. He has not mentioned it in months. He has not attended a task force meeting in months. He has not mentioned the 288,000 deaths under his watch — a number that will have grown by the time you read this. He continues to oppose mask wearing and favor herd immunity, for no coherent or rational reasons. He just endangered the lives of many other people a few nights ago at his pep rally in Georgia. Trump's lack of empathy, his inability to govern and his deep-seated cruelty are all on display in their most naked form.

Part of Trump's pathology is his scorched-earth mentality in response to his electoral defeat. He is filing baseless and frivolous lawsuits to try to overturn our free election. He is trying to subvert democracy by pressuring election officials to be dishonest and corrupt. He is exacting his revenge on Americans for rebuffing him. He is trying to undermine his successor so that he will be unsuccessful. He wants to pardon everyone in sight so that the rule of law will not apply to them. He wants to reinstitute executions by firing squad. He is not allowing the Biden transition team to talk with our intelligence agencies. Fascist sycophants are coming out of the woodwork to condone Trump's anti-democratic and anti-American rants.

He is so angry, embarrassed and humiliated that he cannot stand it. His instinct is to lash out, blame others, hurt others, distort reality, claim victory and exhibit false bravado. Nothing about his response is healthy, mature or normal. He is out of control. Our country is being forced to tolerate his crazed rhetoric and behavior.

Forty-one more days of hell are ahead of us. What could possibly save our country from this man's decompensation before our eyes? His immediate removal from office would minimize his damage to America. But, of course, congressional Republicans are enabling him and will not intervene in any way, let alone appropriately. Short of that, we will just have to endure the angst of the next six weeks.

Historians will be critical of Republicans because of their complicity over the past four years. Their unwillingness to deal with this irrational and destructive president right now will stand as their unforgivable legacy. Almost to a person, they have been silent and absent. They have been weak. As of this week, only 27 congressional Republicans are willing to acknowledge publicly that Joe Biden is our president-elect. Donald Trump could have been contained by a Republican Party that put country over party, good over evil, and courage over cowardice. But it did not.

The moral of this nightmare is that we must never again elect a mentally disordered president. We must require a psychological and psychiatric examination of all presidential candidates going forward, to be administered by a team of qualified experts. We must have a process whereby dangerous psychopathology can be identified and specific recommendations for public service can be offered. We could have saved our country from the past four years of anguish if we'd had a such a process in place in 2016.

Forty-one days to go to rid ourselves of this toxic and self-destructive man. We will prevail. But it will be hell getting there.

Donald Trump will make sure of that. He wants it that way.