With seats filled, the FEC can finally enforce campaign finance laws. LOL, don't expect it to do that 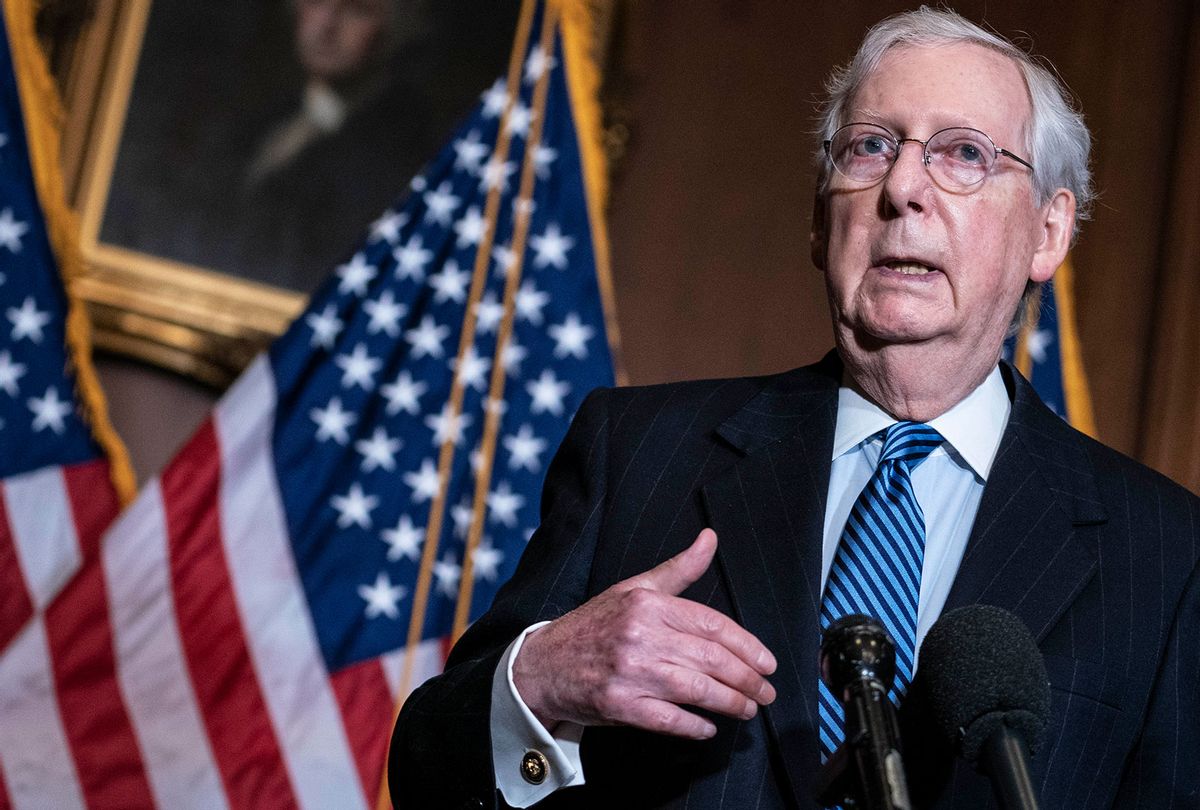 The Senate voted to confirm three new commissioners to the Federal Election Commission on Wednesday after the agency spent years without a quorum or the ability to enforce campaign finance laws. But legal experts expect little to change due to partisan gridlock.

The Senate on Wednesday voted to confirm Republicans Allen Dickerson and Sean Cooksey and Democrat Shana Broussard, all of whom were nominated by President Donald Trump, filling all six seats for the first time since 2017. Broussard was approved with overwhelming bipartisan support while the votes on the two Republicans split mostly down party lines.

The panel is required to have no more than three members of one party. It now has three Republicans, including FEC Chair Trey Trainor, Democrats Ellen Weintraub and Broussard, and independent Steven Walther, who typically votes with Democrats. The agency has been without a quorum for most of the past year and without a full slate since 2017. The lack of a quorum left the agency unable to conduct any business during the 2020 campaign, resulting in a backlog of nearly 400 cases.

But the FEC's inability to enforce election laws goes back even further than that. The panel requires at least four affirmative votes to pursue any action but has frequently deadlocked 3-3, with Democrats voting to investigate potential campaign violations and Republicans voting in opposition. The "last-minute" vote by the Senate to approve the nominees after the election appears to be aimed at undermining the agency ahead of Joe Biden's presidency, Carl Tobias, a professor at the University of Richmond School of Law, told Salon.

"These are last-minute kind of pushes by the outgoing administration and the Republican Senate majority," he said, meant to ensure that "the commission [will] not be very effective heading into Biden's presidency.

"It does seem like there is likely to be gridlock and the commission is not likely to do very much that's substantive," Tobias added. "That's unfortunate, given what we've just come off of in terms of four years of Trump and dark money and all that was spent up and down the ballot."

An estimated $14 billion was spent in the 2020 election alone, more than twice as much as during the previous presidential election cycle.

Tobias said he hopes the new members may "break that deadlock" but is not very optimistic given the backgrounds of the Republican commissioners. Cooksey worked as general counsel to Sen. Josh Hawley, R-Mo. and as an attorney for Sen. Ted Cruz, R-Texas. Dickerson is the legal director for the Institute of Free Speech, a group funded by Charles Koch and other prominent conservative billionaires, and has long defended the rise of dark money in American elections.

"The two GOP picks are pretty closely aligned or worked for people who have engaged in a lot of the most vitriolic partisanship," Tobias said.

The Senate already confirmed Trainor earlier this year. He worked as a lawyer for the Trump campaign but has refused to recuse himself from cases related to the campaign. Last month, Trainor echoed Trump's unfounded claims that there was "voter fraud" in the election, which he described as "illegitimate" despite no evidence of fraud or widespread irregularities.

"The McConnell Senate still hasn't passed a pandemic relief bill for hurting families facing hunger and homelessness, but it found the time to pack the FEC with partisans in an apparent effort to let President Trump and allies off the hook for a stack of backlogged potential violations," said spokesperson Jeremy Funk, in a statement to Salon. "These are the priorities of people who want to leave as big a mess for the incoming Biden administration as humanly possible."

Meredith McGehee, the head of Issue One, a bipartisan advocacy group that opposes dark money in elections, argued that even aside from the latest slate of commissioners the seemingly permanent deadlock is a feature of the FEC, not a bug.

"Congress intentionally structured the FEC to be weak at its creation," she said in a statement. "After all, the FEC's jurisdiction is candidates for federal office. Since then, the FEC has frequently shown itself to be a prime example of a 'captured agency' that is more interested in pleasing politicians and the lawyers who appear before it than in protecting the public interest."

McGehee added that Trump and McConnell "appear to have advanced a set of commissioners this year who are likewise likely to put their own personal ideologies over their responsibilities to enforce the letter — and the spirit — of the law."

Some Democratic lawmakers have called to reform the agency by reducing the number of commissioners from six to five, similar to the makeup of both the Federal Trade Commission and the Federal Communications Commission, Business Insider reported.

"It's the most dysfunctional agency I know, and unless you think a damaged commission with party loyalists lined up in it is a desirable outcome, you want significant reform," Rep. David Price, D-N.C., told the outlet.

The FEC is "dysfunctional and toothless," added Rep. John Sarbanes, D-Md., arguing that the structure of the agency needs to be overhauled in order to "effectively combat corruption, reduce the undue influence of wealthy donors and corporations, sniff out foreign money in our political system, and restore trust in our democracy."