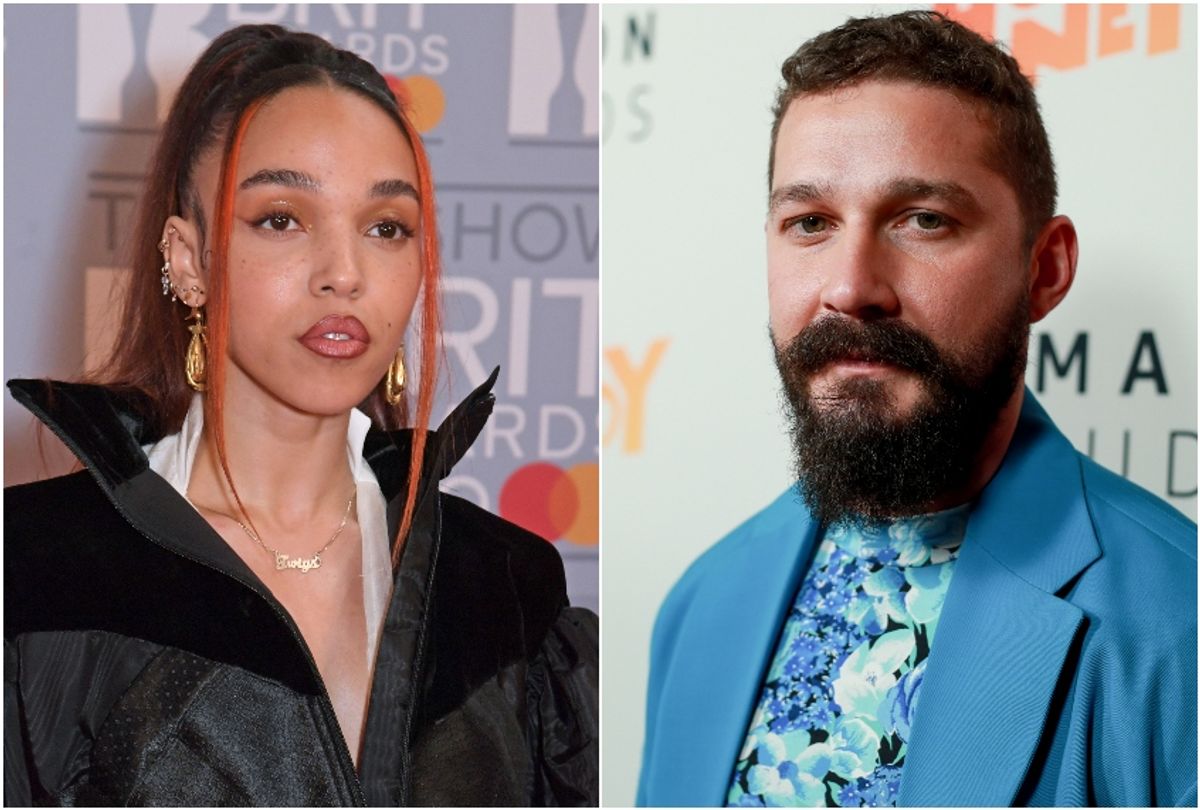 Shia LaBeouf has been sued by his ex-girlfriend, pop star FKA Twigs, citing sexual battery, assault, and the infliction of emotional distress. According to a New York Times report, LaBeouf "abused FKA twigs physically, emotionally and mentally many times in a relationship that lasted just short of a year." LaBeouf, who stars in Netflix's awards contender "Pieces of a Woman," has a history of chaotic, documented behavior, with an arrest record with since dismissed charges of assault and disorderly conduct.

"I'd like to be able to raise awareness on the tactics that abusers use to control you and take away your agency," said FKA twigs, born Tahliah Debrett Barnett.

Twigs' allegations include physical and emotional assault, including the incident that incited the lawsuit, just after Valentine's Day 2019 when LaBeouf "was driving recklessly… removing his seatbelt and threatening to crash unless she professed her love for him."

On a drive back from the desert, the "Transformers" star "raged at her throughout the trip," FKA twigs said in the lawsuit, "once waking her up in the middle of the night, choking her. After she begged to be let out of the car, she said he pulled over at a gas station and she took her bags from the trunk. But Mr. LaBeouf followed, and assaulted her, throwing her against the car while screaming in her face, according to the suit. He then forced her back in the car."

FKA Twigs met LaBeouf in 2018 when she was cast in "Honey Boy," an autobiographical film written by LaBeouf, and they began dating after the movie wrapped. The relationship quickly turned abusive following a "honeymoon period."

FKA Twigs, along with another ex of LaBeouf's involved in the suit, Karolyn Pho, allege "LaBeouf did not like it if they spoke to or looked at male waiters; in an interview, Ms. Barnett said she learned to keep her eyes down when men spoke to her. She also stated in the suit that Mr. LaBeouf had rules about how many times a day she had to kiss and touch him, which he enforced with constant haranguing and criticism."

According to the lawsuit, LaBeouf kept a loaded gun by the bed, and FKA Twigs was afraid to use the bathroom for fear he mistake her for an intruder and fire the weapon. The suit also alleged he refused to let her wear clothes to bed, and would deprive her of sleep.

This situation reached a boiling point as FKA Twigs was completing her critically acclaimed 2019 album "Magdalene."

LaBeouf, who has admitted to not being recovered from either alcoholism or PTSD, said in an email to the Times, "I'm not in any position to tell anyone how my behavior made them feel…I have no excuses for my alcoholism or aggression, only rationalizations. I have been abusive to myself and everyone around me for years. I have a history of hurting the people closest to me. I'm ashamed of that history and am sorry to those I hurt. There is nothing else I can really say."

"What I went through with Shia was the worst thing I've ever been through in the whole of my life," Twigs said. "I don't think people would ever think that it would happen to me. But I think that's the thing. It can happen to anybody."

Read the full story over at the Times.