With the Trump circus finally ending, can America ever get back to useful politics?

Americans are overworked, plagued with debt and imprisoned by inequality. Real politics must be about changing that 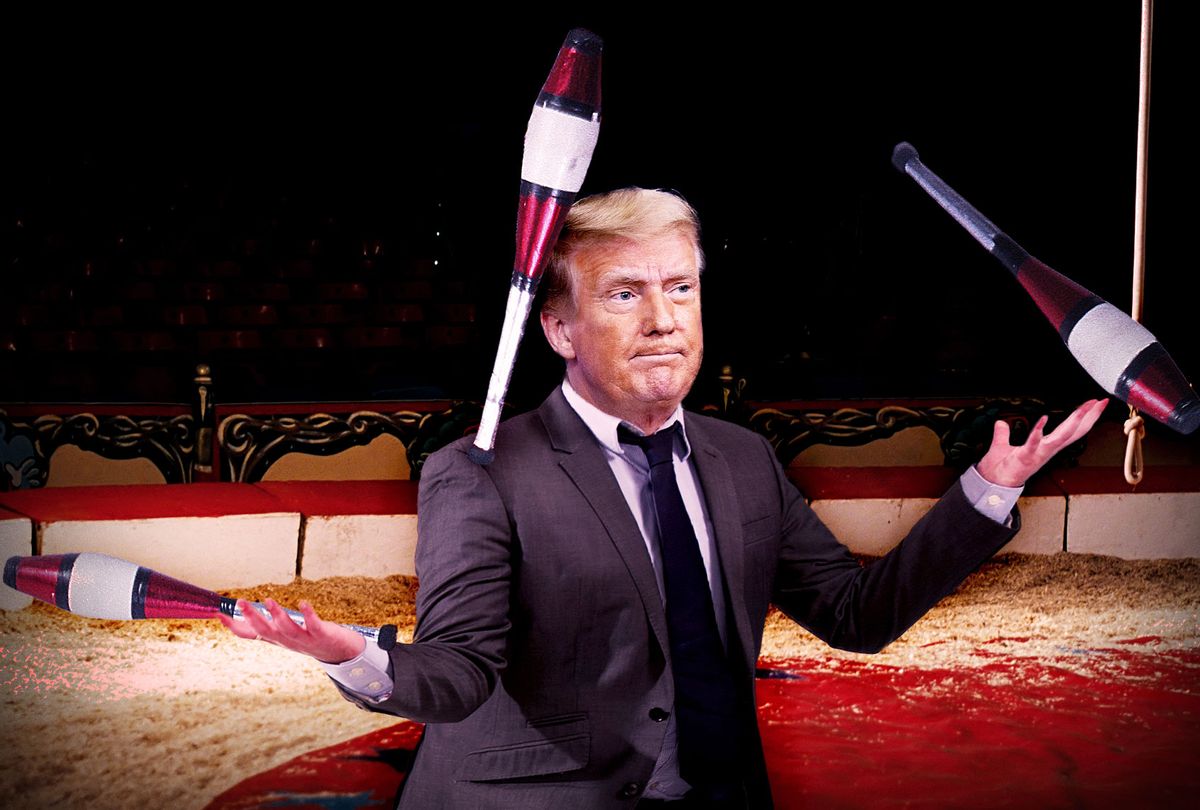 To the "average" American, the typical political conversation on television must sound like advanced Martians communicating in code. Over the past four years, our culture has experienced an avalanche of ostensibly political content — stacks of bestselling books and lengthy, much-discussed articles documenting Donald Trump's perpetual fiasco of lunacy, endless hours of cable news commentary dissecting exactly how one human being could so singlehandedly combine the qualities of stupidity and danger and, even more vexing, how tens of millions of seemingly functional human beings could applaud his every move, even as he threatens to kill their loved ones by subverting public health agencies during a global pandemic.

The problem is that none of these conversations are "political" in the classical sense of the term, meaning the public activity pertaining to a shared societal interest in pursuit of stability, happiness and justice. They are necessary attempts to navigate a president's (and a nation's) four year psychotic episode, and in the most noble cases, attempts minimize the collateral damage. Donald Trump's desperate play for a coup d'état is almost too imbecilic to qualify for comment. Rudy Giuliani's on-air flatulence, with a mortified reaction from his deranged co-counsel, Jenna Ellis, would provide a comprehensive summary if it were not for the frightening fact that almost the entire Republican Party is tacitly cooperative with an overt campaign to demolish what remains of American democracy. Sen. Mitt Romney, the Republican presidential nominee just eight years ago, was correct to call the behavior of his own political party "madness."

Even that madness must feel remote and almost meaningless to many ordinary Americans. Imagine a recent college graduate who cannot obtain a job in his field, yet still has to make a monthly student loan payment. Since his bachelor's degree has not resulted in suitable employment options, he is waiting tables — or at least he was, until indoor dining came to a screeching halt. Although he is healthy, he is paying an exorbitant monthly premium for a health insurance policy with a massive deductible, essentially emptying out his bank account each month for medical coverage he will not and cannot use. Home ownership and a mortgage seems like a pipe dream, and he'd better hope that rusty car he drives around town, belching exhaust and making an odd noise during ignition, can stay alive another few years.

That down-and-out 20-something, even with all of his struggles, might appear to have a life of luxury to his cousin, a slightly older woman who works multiple low-wage jobs merely to cover the essentials. The scenario I am sketching is not merely hypothetical for the millions of Americans who fall into the category of the "working poor," or for the 40 percent of Americans who have no savings, or the seemingly middle-class families that subsist on credit card debt. Maria Leonor Fernandes, a 32-year-old New Jersey woman, was one of the many Americans suffering through the contradictions and lies of the "land of opportunity." Despite speaking four languages and impressing her co-workers with her intelligence and charm, she worked at the three Dunkin Donut shops, often juggling multiple shifts in the same day. One of her colleagues reported that she always looked "exhausted." It was hardly surprising that she fell asleep in her vehicle between shifts, but it did shock and hurt her friends when she died after inhaling exhaust fumes during her nap. Those friends told reporters that, even in poverty and under stress, Fernandes was always generous with her time and the little resources that she had.

A record-shattering number of Americans, approximately 13 million, of us currently hold multiple jobs, to say nothing of the innumerable "gig economy" freelancers who are one contract or one vendor away from slipping into dire poverty.

When someone like Maria Leonor Fernandes turns on the television or radio, during one of her fleeting moments of leisure, what might she hear? An incoherent nutjob with the title of "president" boasting about the "greatest economy the world has ever seen," business analysts making orgasmic groans over the Dow Jones average, millionaire pundits examining the diversity of Joe Biden's cabinet selections. They might also catch discussion of the rules regarding signatures on absentee ballots.

Even during the Democratic National Convention, a multi-night platform for the party to present its case for election to the average voter, most of the message centered on the highly abstract notion that Joe Biden was a good man who could "restore the soul of America."

Maria Leonor Fernandes might well have asked, while she slugged the last few drops of cold Dunkin Donuts coffee out of a Styrofoam cup, "What does that have to do with me?"

It's a good question.

When I interviewed Delmarie Cobb, a journalist and political consultant who worked as press secretary for the Rev. Jesse Jackson's 1988 presidential campaign, for my book, "I Am Somebody: Why Jesse Jackson Matters," she explained that the reason why Jackson's 1984 and 1988 bids for the presidency resonated with a large and multiracial coalition of voters was his articulation of a "politics of usefulness." By making the case for a robust social democracy, and outlining a program of socialized medicine, subsidized child care, debt-free higher education and full employment through infrastructure renovation projects, Jackson sought to demonstrate to ordinary voters — from the unemployed Black steelworker in Chicago to the white family farmer facing foreclosure in Iowa — how government could directly benefit their lives.

Jackson would often tell audiences, "If we can leave the racial battleground to find economic common ground, we can reach for moral higher ground."

The convergence of several crises — the COVID-19 pandemic, extreme inequality, the recrudescence of racist and fascist movements, and the existential danger of climate change — demands something like that today. We could call it the reassertion of the politics of usefulness.

Many Americans express a general aversion to politics, finding the entire spectacle boring or pointless, while right-wing commentators are fond of lamenting the "politicization" of pop culture. They aren't objecting to politics, exactly; they are rejecting what our culture advertises as politics.

Gore Vidal was correct when he told an interviewer in 2003, "We don't have politics. We have elections — very expensive and very corrupt ones."

Last month we ended an election that felt as if it lasted forever in which the "debate" was between a fascist who recommended bleach as a cure for a virus and a qualified candidate who expressed decency and empathy for Americans suffering from the COVID-19 pandemic, poverty and racial injustice, but who also told a room full of rich donors that if he is elected president "nothing will fundamentally change."

The "politics of usefulness" demands substantive and sweeping change. It demands a Green New Deal, which will secure clean and suitable employment for thousands of people while saving the planet. It demands a publicly funded universal health care program, which will liberate working parents from determining whether they can afford to take their sick child to the emergency room. It demands subsidized child care, which will spare those same parents from financial punishment for even having children. It demands equity and excellence in public education and affordability in higher education, which will mean that those children have a shot at success. It demands the increase of the minimum wage to $15 per hour, which means that other women in the position of Maria Leonor Fernandes will live rather than die poor, alone and exhausted at the age of 32.

It demands a return to the intelligence, ambition and compassion of the New Deal and the New Frontier. During his acceptance speech at the Democratic convention of 1960, John F. Kennedy described the New Frontier as not territorial, but as "the uncharted areas of science and space, unsolved problems of peace and war, unconquered pockets of ignorance and prejudice, unanswered questions of poverty and surplus." There can little doubt that during a pandemic, as we witness the destructiveness of climate change, struggle against the escalation of extreme inequality, and seek to beat back the threat of white nationalism, that Kennedy's crises are our own.

The politics of usefulness must locate "economic common ground," as Jackson implored, and must resurrect an expansive vision of democracy according to the old socialist slogan, "liberty, equality, fraternity."

The politics of usefulness is the only thing that can save a crumbling country.