Did you know cheesecake is really a pie? Here's how to make it the right way from the owner of Petee's Pie Company 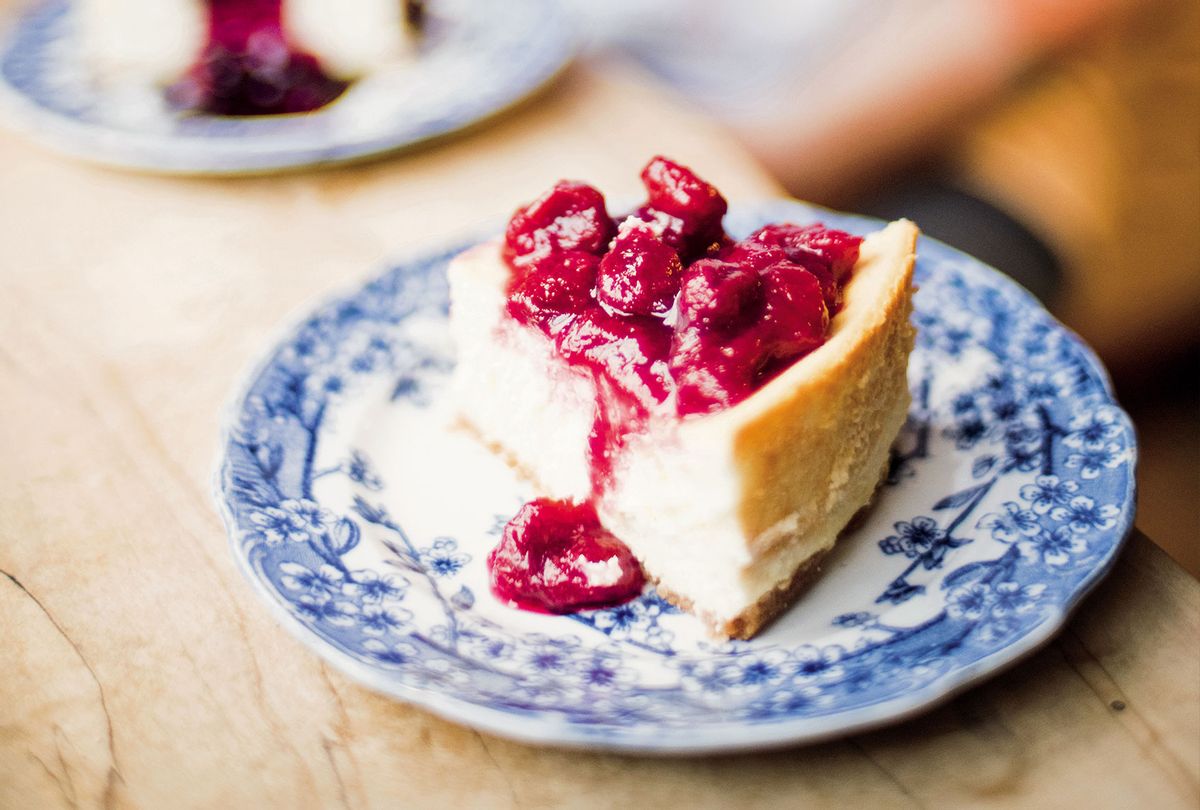 In her new cookbook, Petra (Petee) Paredez writes, "Making pie is an inherently generous act, because pie is a dish that is meant to be shared." Millions of Americans are bracing to slice into a freshly-roasted turkey on Thanksgiving Day, but the real magic happens at the end of the meal. And it involves slicing into freshly baked apple, pecan and pumpkin pies to share.

When the owner of Petee's Pie Company stopped by Salon Talks to discuss "Pie for Everyone," which features recipes from one of New York's top pie shops, I asked her to expand upon the generous act of pie making.

"I think that one of the ways that pies transform a meal is that it's a dessert that everybody shares, and we kind of want to share dessert. When you're at a restaurant, dessert is the thing you're most likely to share," Paredez said. "And it's this joyful sort of indulgence. It feels good to share as an experience with somebody."

"But the other thing about pie is that it has a reputation for being tricky. And there are some tricks to it, but it's something everybody can learn. If you spend the time to make a pie for somebody, they know that you care about the," she continued. "If you take a pie to an event that you made yourself, it's going to really sort of endear people to you, because they know that you took the time to do something special for them."

But there is a formula that every at-home baker can master, and Paredez is finally sharing her secrets with the world. First, no house is complete without a strong foundation — and that's a tender and ﬂaky crust when it comes to pie making. Next, the fruits and natural ingredients that ﬁll pies are the true stars of the show.

"My guiding principle is that when it comes to fruit pies, you want to just amplify the flavors that are already there," she told Salon.

You can make cheesecake at home by following the recipe below. For a master class in pie making, you can read the Q&A of our conversation below.

"My cheesecake was born in New York, and I make it with the best cream cheese in New York (Ben's Cream Cheese—not easy to find, but certainly worth seeking out). It might not be as dense as some more famous New York cheesecakes, but I think most people appreciate its lightness. Thanks to the sour cream, buttermilk, and lemon juice, it's also very tangy. I usually find graham cracker crusts disappointing, so of course I use pie crust crumbs instead. Serve on its own or top slices with Sour Cherry or Wild Blueberry Sauce." - Petee

Preheat the oven to 375°F (190°C). Roll the butter pastry dough to 1⁄4 inch (6 mm) thick and place it on a cookie pan. Bake for 30 minutes, or until puffed up and light golden in color. Allow it to cool, then crumble the crust into small pieces. Grease the bottom and sides of a 9- to 10-inch (23- to 25-cm) springform pan with butter and line the bottom of the pan with a circle of parchment paper.

In a small bowl, combine the pie crust crumbs, sugar, and melted butter, making sure that the sugar and butter are evenly dispersed.

Bake for 20 minutes. Transfer the pan to a cooling rack while preparing the filling. Increase the oven temperature to 400°F (205°C).

In the bowl of a stand mixer with the paddle attachment or in a large bowl with a hand-held mixer, beat the cream cheese, sour cream, buttermilk, egg yolks, and lemon juice until the mixture is completely smooth, scraping the sides of the bowl and the paddle attachment occasionally. It may take around 5 minutes until the mixture is completely lump-free.

In a small bowl, combine the sugar and flour, then add this mixture to the cream cheese mixture with the mixer running on low. Mix just until combined. Scrape all the batter from the paddle attachment into the bowl and set aside.

In a small bowl, combine the orange zest and vanilla, then, using a spatula, spread the mixture onto the inside of the mixer bowl. Gradually incorporate the orange-vanilla mixture into the cream cheese mixture by scooping up batter and scraping it onto the sides of the bowl until fully incorporated.

In a clean, dry mixer bowl or a separate large bowl, use the whisk attachment or a hand-held mixer to beat the egg whites and cream of tartar on high speed until stiff peaks form. Pile the beaten egg whites onto the cream cheese batter and use a rubber spatula to gently fold them into the batter, until there are no lumps of egg white.

Gently pour the batter into the prepared crust, making sure to scrape the entire contents from the sides of the bowl into the crust. Place the springform pan on a baking sheet and place it on the middle rack of the oven. Immediately reduce the heat to 250°F (120°C) and bake for 75 minutes. Do not open the oven when the time is up. Instead, turn the oven off and keep the cheesecake in the warm oven for 1 hour. Gently remove from the oven, transferring to a cooling rack to cool to room temperature. Once cooled to room temperature, transfer to the fridge for 3 hours, or until cooled completely.

Like this recipe as much as we do? Click here to purchase a copy of "Pie for Everyone: Recipes and Stories from Petee's Pie, New York's Best Pie Shop."