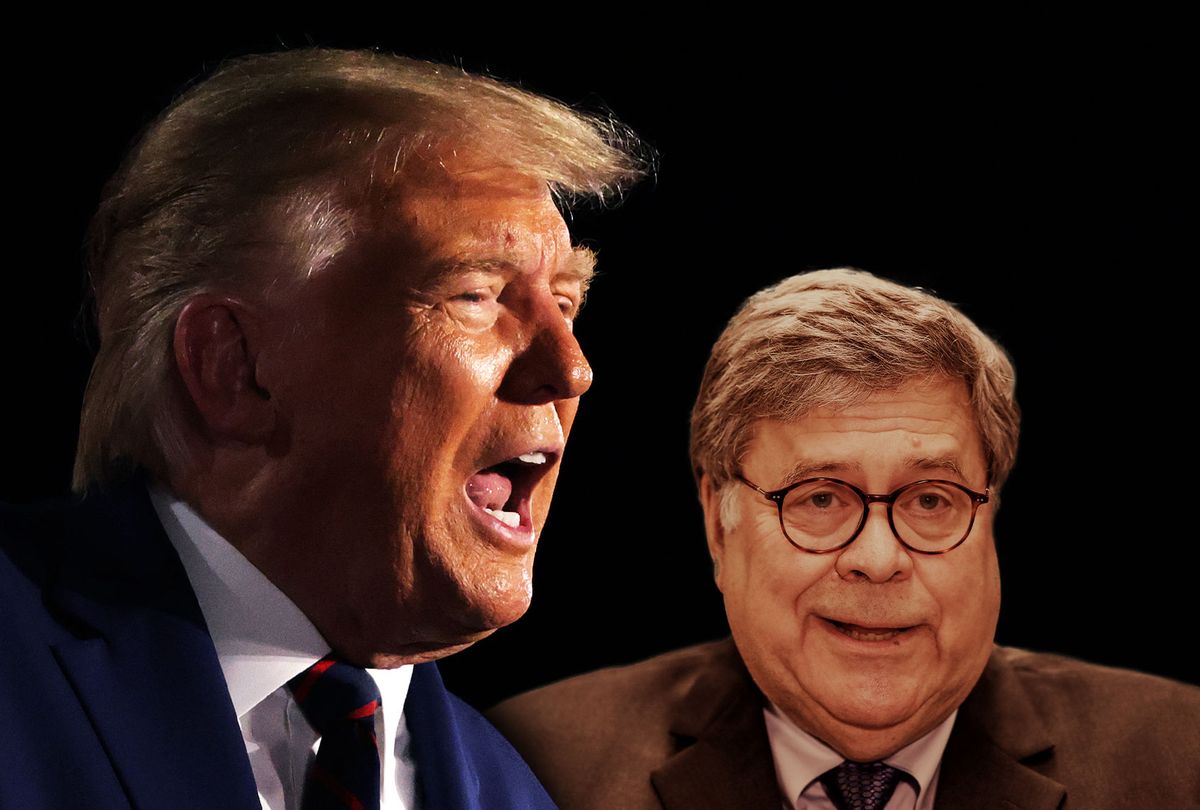 President Donald Trump is angry that Attorney General Bill Barr knew about investigations into Hunter Biden but did not make them public until after the election, according to a new report by The Wall Street Journal.

"President Trump has expressed interest in pursuing the appointment of a special counsel to investigate allegations of fraud in the November elections and issues related to Hunter Biden, according to people familiar with the matter. In recent days, the president has directed advisers to look for people who could serve in such a position, one of the people said, as lawsuits and other efforts by Mr. Trump and his campaign to reverse the election results founder," the newspaper reported Friday evening.

"White House chief of staff Mark Meadows has told people that the president is interested in pursuing a special counsel to investigate election fraud and wants to act quickly, one of the people said. Senior White House officials have also discussed the possibility of pursuing a special counsel to investigate Hunter Biden, expressing frustration over Attorney General William Barr's handling of investigations into Mr. Biden's business and financial dealings and concern that the incoming administration of Joe Biden could seek to shut down any probes into Mr. Biden's son, Hunter, an administration official said," The Journal reported.

"Mr. Trump has expressed rising frustration with his attorney general in recent months, privately and publicly, according to aides, as efforts by the president and his supporters to overturn the election have repeatedly failed," the newspaper reported. "Mr. Barr's announcement that the Justice Department hadn't found evidence of widespread election fraud that would reverse Mr. Biden's victory infuriated the president, the aides said, and Mr. Trump has openly accused the Justice Department of being involved in the election fraud he has alleged."