What's the best thing a new attorney general can do? Not be the current guy

There’s a whole lot at Bill Barr’s Justice Department that needs undoing, but some things should be left alone 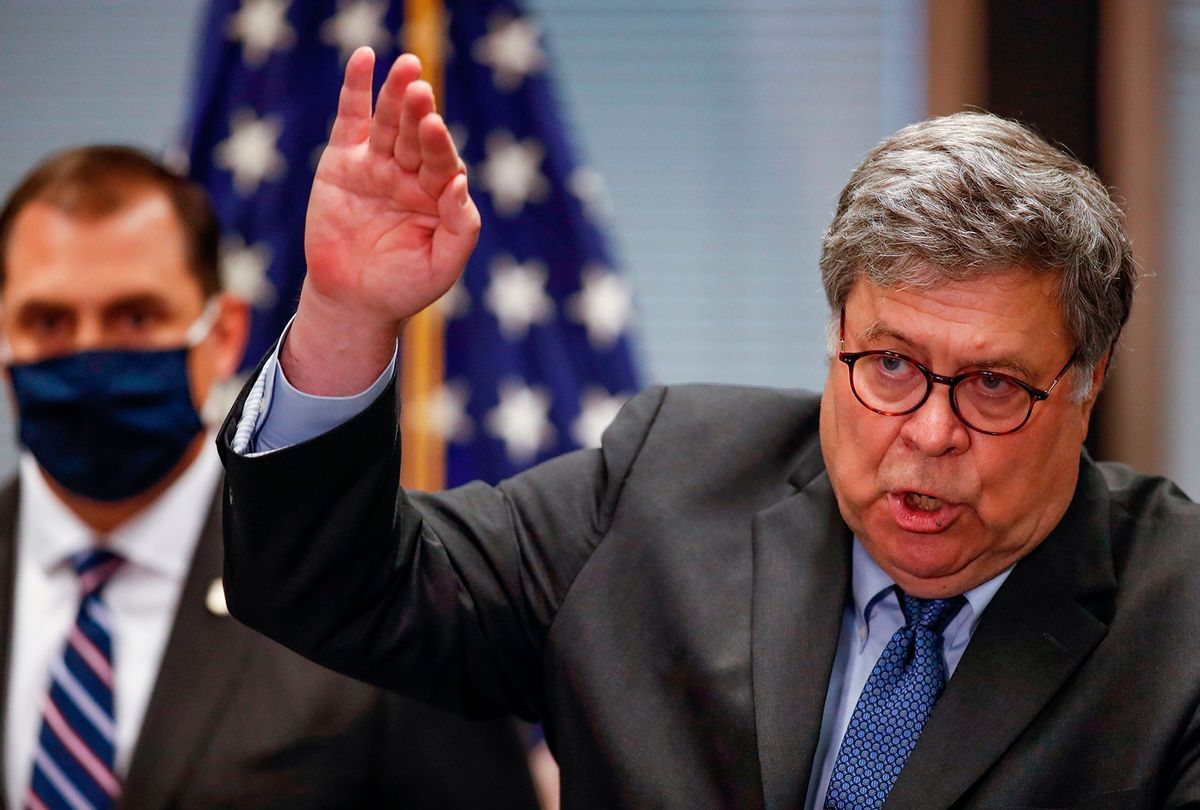 This week, we're expecting to hear about a new attorney general nominee with more than average attention on the candidate's ethnicity and desire for justice.

We know the outlines of the bigger issues. There will be more emphasis from the Joe Biden administration on civil rights and policing changes than on restoring firing squad executions and attacking so-called sanctuary cities.

What faces any candidate for the Justice job is a long list of challenges toward re-balancing what the department is there to do. He or she must restore any sense of public trust in an agency that has been openly dismissive and even deceitful in public and in court on cases that have had perceived bearing on Donald Trump's political fortunes, about the work of its professional legal staff and the work of the FBI.

The serving attorney general lied publicly to mislead about the findings of the Mueller Report, tried to defend Trump's against mpeachment and argued against existing law to denounce Obamacare in federal suits. Attorney General William P. Barr ultimately may be tossed from his job for failing to find legal grounds to make criminal filings about Trump's fantasies about election fraud.

Hearings on the new appointment will force public attention on all that.

What attracts my attention today are actions that new Justice leadership can take toward righting the listing ship by simply standing down.

Here are several examples, that don't involve some giant legislative or prosecutorial shift:

The Washington Post editorial board pointed at another such case. Under Trump, the administration "has thwarted justice at every turn for Bijan Ghaisar, the unarmed 25-year-old accountant shot to death in 2017 by two U.S. Park Police officers following a fender bender near D.C. despite the fact that he posed no threat." The editorial advised the Biden administration could send an early signal that it is committed to accountability when police wrongly kill civilians — even or especially if the police happen to be federal officers – by dropping the case for a negotiated settlement.

Biden himself has said he has little personal interest in pursuing prosecution of Trump administration officials. He has said forcefully that Trump is abusing pardon powers by protecting his own campaign associates and friends, as illustrated by the pardon for former National Security Adviser Michael T. Flynn.

Yet, in a note of special obsession, Barr has extended the term of U.S. Attorney John Durham by making him a special counsel in continuing to investigate the origins of the Russia investigations growing out of Trump's 2016 campaign. That effort is aimed, of course, right at adversary and predecessor Barack Obama and Biden, James Comey and the FBI.

What one side sees as political prosecution apparently doesn't apply to the other side.

Today's homily: Maybe doing nothing in these politically tinged cases is sufficient at this point.