Public health officials weigh in on safer sex & dating during COVID – but will anyone listen?

"It feels like they gave us nothing," one person told Salon about any guidelines on how to date during quarantine 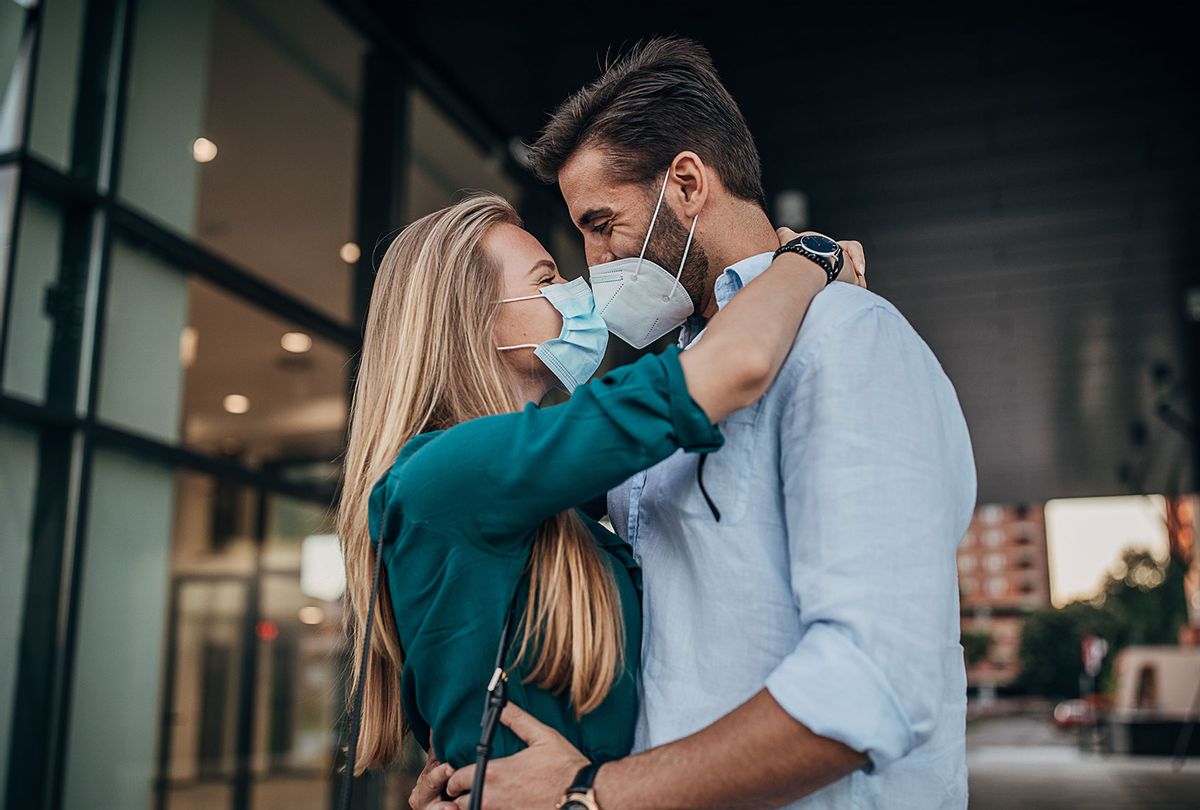 Earlier this month, San Francisco implemented a new stay-at-home order banning city-dwellers from seeing another person outside of their households. While the act of dating wasn't explicitly mentioned in the order, many took this opportunity to assume that dating was canceled. Nearly a week later, the city quietly updated its order stating that people were allowed to meet with one other person outside one's household. Two people could take a walk, hang out at the park, or — according to the order's wording — "play low-contact sports like golf, tennis, pickleball, and bocce ball (but don't share equipment)."

Did this cryptic change mean dating was back on?

San Francisco Supervisor Matt Haney proceeded to tweet about the change and provide more transparency around what this meant in the realm of dating. "In-person dating is no longer banned in San Francisco, but you can only date outdoors and no double dates," he tweeted. "You can kiss, but only if you move in together."

Haney went on to explain that his tongue-in-cheek tweets, which were both "factual and sarcastic," had a bigger point, which was to give people "more ways to interact with each other safely." "Dating will happen," he said. "People will spend time together. Acting as though it won't is unrealistic, contradictory, and will backfire."

Indeed, it's unrealistic to expect people to be abstinent and not go on dates and try to find connection as we find ourselves nine months into quarantine. It's happening, and some health experts say it's in the best interest of the public to be as transparent and helpful as possible when it comes to offering guidance. In other words, public health officials should be offering guidance in the vein of harm-reduction strategies.

"If you give people an abstinence-only equivalence, they're not going to follow that guidance, and you're going to end up with a worse situation than if you would have given people a toolkit to be able to make better decisions," Amesh Adalja, a senior scholar at Johns Hopkins Center for Health Security, told Salon in an interview. "If you don't give people tools, then you're going to see more transmission than you would otherwise."

Adalja added: "We've been through this before with infectious diseases; people had the same conversations in the '80s about HIV, when it comes to needle exchanges, and overdose prevention and NARCAN, so I think that it's that same paradigm that has to be applied here."

But during the coronavirus pandemic, there's been little guidance from federal public health officials on dating and sex. One pamphlet by National Coalition of STD Directors (NCSD) and NASTAD states that the safest sex partners are those in your household. If you choose to have sex with someone outside your household, the organizations  provide a list of questions to assess the risk, such as: "Do I or my partner have any other sex partners at this time? Do I or my partner live in an area of high community transmission?" The "safest choice," the pamphlet states, is "to not to have sex with a person outside your household at this time."

As Salon's Heather Digby wrote in March of this year, CDC director Robert Redfield and Dr. Deborah Birx are both evangelical Christians who have been associated with HIV research for many years. "Birx runs PEPFAR, George W. Bush's global AIDS initiative, and both she and Redfield have been involved with Children's AIDS Fund International, which lobbies for abstinence-only sex education around the world," Digby wrote. It shouldn't come as a surprise that harm-reduction sex and dating guidance hasn't trickled down from the top of the Trump administration, but some city governments have taken matters into their own hands.

Over the summer, New York City health department updated its Safer Sex and Covid-19 fact sheet with descriptive advice. In the event that you do decide to have sex with someone outside your household, the health department stated a person should wear a mask or consider getting "a little kinky and creative with sexual positions and physical barriers, like walls, that allow sexual contact while preventing close face to face contact." If a person wants to engage in group sex (which public health department discouraged), there are ways lower the risk of spreading or contracting COVID-19 — for example, choosing a larger, more open, and well-ventilated space, wearing a mask, and limiting the size of the guest list.

Oregon health officials took a more sex-positive approach, too, stating sex is still allowed, but said that people should avoid kissing those who aren't part of their "small circle of contacts."

At a time when Oregonians are spending more time than ever at home, we imagine you may be wondering "Is it still safe to have sex?"

In short – Yes. You can still have sex but with precautions. Here are some tips on practicing safe sex during this time. #COVID19 #sexed pic.twitter.com/mjUPQPZitk

In The Atlantic, Julia Marcus, an epidemiologist and professor at Harvard Medical School, argued that Americans haven't received the correct "harm-reduction approach" to reopening their lives during the pandemic. Marcus noted how public health officials in the Netherlands advised that people find a "seksbuddy," a trusted person to have an exclusive sexual relationship with during lockdown. "Unlike abstinence-only messaging, which simply instructs people to stay home, a harm-reduction approach acknowledges that people will take risks for a variety of reasons, including a basic need for pleasure," Marcus wrote.

Emily Smith, founder and CEO of Chorus, a matchmaking app where friends swipe for friends, told Salon via email that at first, dating in the spring was "strictly video and that was super clear."

"But as the weather got warmer and we learned a little more, broaching the in-person, outdoor hangouts became more acceptable," Smith said. "Now, it feels like a matter of personal preference, to an extent; everyone is careful and wearing masks but how that progresses is less clear."

Smith said she had an "amazing first date" with her "now boyfriend" a few months ago. A few hours into it, they kissed.

"We had to assess each other's comfort level but we both felt it was worth the risk and weren't being physical with anyone else," Smith said. "I think the biggest change right now is open communication."

Nancy V., who asked to not publish her last name, lives in Los Angeles. She told Salon she got back into the dating app game in July, but felt like public health officials didn't give people any guidance on how to date safely — especially in the beginning.

"It feels like they gave us nothing," she said over email. "My close friends didn't stop meeting up with new people. I wish we could have talked more about how to navigate the conversation with new people we're meeting."

The vaccine rollouts this week are certainly providing the country with a feeling of hope, but it will still be a few more months before the vaccine is available to the general public, which means a few more months of uncertainty. Gigi Engle, a certified sex educator and writer, told Salon via email she thinks that getting a COVID-19 test before meeting a date in person, or having proof of vaccination will "start to be as much a part of dating as presenting STI results."

"We all need to protect ourselves, but we also need human contact," Engle said.