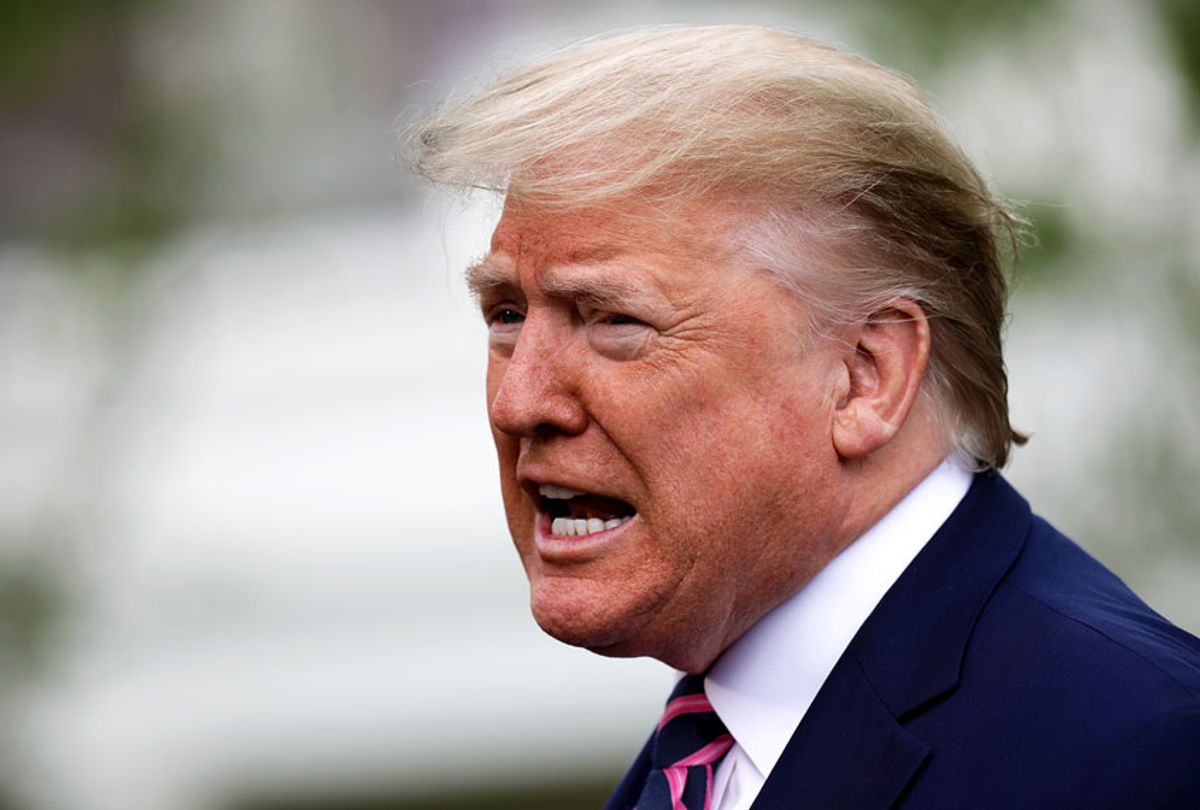 A New York state judge just ordered the Trump Organization to turn over all documents regarding a property at the heart of a civil investigation by New York Attorney General Letitia James into the company's financial and tax practices.

New York Supreme Court Judge Arthur Engoron told the Trump Organization to give James' office all communications involving Ralph Mastromonaco, an engineer who had worked on Trump's Seven Springs estate in Westchester County, outside of New York City. Tuesday's decision is a reversal for Engoron, who in October agreed with the Trump Organization's argument that the documents in question were shielded under attorney-client privilege because Mastromonaco was providing expertise to a company attorney. Engoron now says that a lawyer's involvement is no longer reason enough to shield business documents.

"The mere presence of an attorney on an email chain amongst an organization's employees does not trigger the cloak of attorney-client privilege," he wrote. "Moreover, a client waives the privilege if communications are made in the presence of a third party."

The ruling is remarkably broad.

"Of the many experts and consultants hired by Morgan Lewis on behalf of [the Trump Organization], there is no claim by anyone with personal knowledge at Morgan Lewis that any such consultant was necessary to its provision of legal services," Engoron wrote.

Such a wide net could sweep up information that contradicts evidence Trump's attorneys presented in court. Because the order covers any outside experts consulted in the case — even if they were passively included on an email chain — it could include possible communications with other appraisers Morgan Lewis hired, but whose assessments undercut their case.

James' office has been investigating whether the Trump Organization inflated the values of assets in order to get more favorable deals on loans and insurance, while at the same time giving the government deflated values in order to reduce real estate taxes. The probe has centered in part on a "conservation easement" that the company established in 2015 on Seven Springs, which the Trumps purchased in 1996.

To create that easement, President Donald Trump had to promise he would preserve the forest around the mansion. In return he got a $21.1 million tax break, the size of which was determined by a 2016 appraisal that valued the estate at $56.5 million. James is trying to determine whether Trump inflated the land value to maximize his tax rebate: Trump's appraisal was more than double assessments from the three neighboring towns that contain slices of the property. Eric Trump tried to dodge a deposition over the summer, but the court forced him to testify in October.

Mastromonaco, the engineer whose communications were in question, had been hired to develop the estate, and the Trump Organization fought hard to keep the documents out of James' hands.

Trump Organization attorney Amy Carlin argued Tuesday that the company had "every expectation that those communications would be confidential." The attorney general's office countered that the documents were not privileged because they did not meet the standard of being "necessary" to the work of Trump's legal team, adding that the Trumps had so far not disclosed "literally everything other than the final appraisal value."

Anne Champion, a first amendment law expert with Gibson Dunn, told Salon that while it may appear as if Trump's attorneys bungled their handling of communications, it is difficult to assess without more facts of the case.

"I will say that it is not sufficient to protect the privilege that a lawyer hire the non-lawyer. The lawyer also needs to direct the non-lawyer's work, and it has to be for the purpose of enabling the lawyer to provide legal advice," Champion said. "Lawyers interact with third party consultants, experts, accountants, all the time, and the mere involvement of the lawyer does not make things privileged," she added, echoing Engoron's decision.

Champion also said that attorney-client privilege in legal matters might not cover a lawyer's work on business issues.

"This comes up frequently with in-house lawyers who tend to have both legal and business roles," she said. "Observance of formalities to protect the privilege can be a key distinction: Privileged communications need to be labeled as such, and should clearly state that they are for the purpose of soliciting or providing legal advice, or providing analysis or information to enable the lawyer to provide such advice. And you should keep the circle small."

While Champion could not say whether the famously litigious outgoing president might sue his own attorneys for malpractice, she did expect an appeal — though it may present a tough case to prove.

Andrew Weissmann, a former prosecutor for special counsel Bob Mueller, predicted that the case could "quickly turn into a criminal inquiry." Last week reports broke that the Manhattan district attorney's office has interviewed employees at Trump's bank and insurance broker in a similar criminal tax fraud case, a signal that the investigation has intensified mere weeks before the president leaves office. The presidential pardon power does not extend to convictions at the state and district levels.