Nine cream of tartar substitutes you probably have in the kitchen

If you embarked on a baking endeavor only to find your jar of cream of tartar empty, there's no cause for alarm 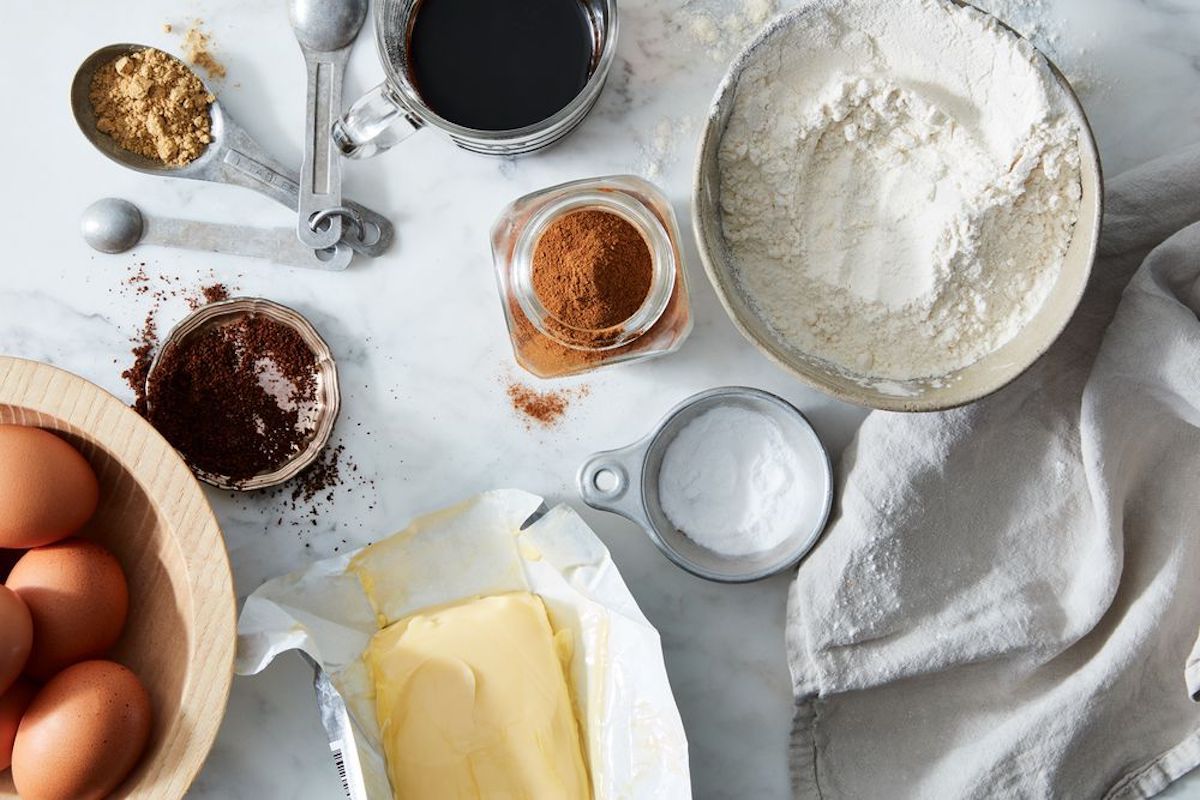 Where would we be without grapes? Think of all the culinary marvels the fruit yields: Jelly, balsamic and red wine vinegars, and of course wine. But lofty cakes, ethereal meringues, and chewy snickerdoodles also owe their existence to another child of the grape: cream of tartar. The white powder is most often found in baked goods, where it serves as a stabilizer, a leavening agent, or a crystallization inhibitor (more on this later).

If you've just embarked on some baking endeavor only to find your jar of cream of tartar empty, there's no cause for alarm. There are plenty of substitutions for cream of tartar, you just have to decide which purpose that sub needs to serve.

But first, what is cream of tartar?

Cream of tartar forms as crystals (rather glamorously known as "wine diamonds") on the walls of wine barrels during fermentation, before it's refined and crushed to the white powder probably sitting in a jar in your pantry. Chemically speaking, this powder is potassium bitartrate, a salt of mild tartaric acid, with a whole range of useful kitchen applications, from stabilizing beaten egg whites to keeping caramels smooth and chewy. Should you run out, replacing cream of tartar seems daunting at first, but there are actually a number of cream of tartar substitutes — many of which are probably already in the kitchen.

Short of harvesting your own wine diamonds, here are nine cream of tartar substitutes, divided up by use.

When egg whites are whipped to form peaks, their proteins gradually denature, stretching and linking to form an open lattice that transforms liquid whites into airy foam. But once proteins start linking, they can get carried away, turning the foam into a weepy mess. Cream of tartar is often added to whipped egg whites in recipes like meringues or angel food cake to keep whipped egg whites stable. But there are plenty of other ways to achieve the same fluffy result.

Other acids, like vinegars, help egg whites hold their peak in exactly the same way, but their harsh flavor can spoil a delicate confection. Try distilled white vinegar for the least overbearing flavor; substitute four times the amount of vinegar, by volume, for cream of tartar.

Though it sounds like Dadaist word art, you can actually replace cream of tartar with a copper bowl. The French have used copper bowls to beat egg whites for centuries, but it wasn't until author of "On Food and Cooking" Harold McGee became curious about this odd habit, that anyone understood the science. Molecular copper, McGee discovered, forms strong bonds with sulfur groups, which, like with acids, prevents them from bonding with each other and squeezing out air and water. As you beat eggs in a bowl, minute amounts of copper are freed from the surface of the vessel and mixed into the eggs. I haven't tested this, because copper bowls are expensive, but apparently whites whipped in copper take on a faint pink hue.

Silver works similarly to copper, but with a more ruinous effect on your wallet. Don't debase a silver bowl by whisking eggs in it unless your meringue is very, very important.

When cream of tartar is mixed with baking soda, it creates a fantastic raising agent. So fantastic, in fact, the combination is a typical pantry ingredient: baking powder. Baking soda reacts with cream of tartar, releasing clouds of carbon dioxide, making a cake rise. If you're out of cream of tartar, here are a few other ways to get a rise out of your baked goods.

If you're out of baking powder too, consider acidic ingredients like lemon or vinegar to create a rise in your bakes. Try double the volume of cream of tartar called for in the recipe, but note the added liquid might alter the texture a bit.

Fluffy buttermilk biscuits and pancakes rely on the sour dairy product's acidity for leavening. But because buttermilk is much less acidic than vinegar or lemon, you'll need to use a lot of it to replace even a small amount of cream of tartar. Unless you have the leeway to do some recipe testing, your best bet is to find a recipe that already uses buttermilk for leavening.

When you sink your teeth into a rich caramel or a chewy cookie like a snickerdoodle, you're enjoying the absence of crunchy sugar crystals. As sweets cool, the dissolved sugar tends to return to crystal form, ruining the smooth texture. Cream of tartar's acidity disrupts this process by hydrolyzing some of the sugar into its component parts, glucose and fructose, keeping your sweets satisfyingly smooth. You can achieve this same effect in a few other ways.

Corn syrup is almost pure glucose, and it does an excellent job disrupting sugar crystal formation. Just replace some of the sugar in your recipe with corn syrup and skip the cream of tartar for the desired effect.

Everything's better with butter — often chewier, too. Like glucose and fructose, fat molecules help disrupt the formation of sucrose crystals, preventing unwanted sandy cookies and crunchy caramels. This is obviously not a one-for-one substitution with cream of tartar, and there may be some trial and error involved before you find the right balance. But generally, when it comes to butter, the more the merrier.

And next time you're grocery shopping, buy an extra jar of cream of tartar to have on hand for your next baking project. You don't have to worry about them going bad. As they say, wine diamonds are forever.