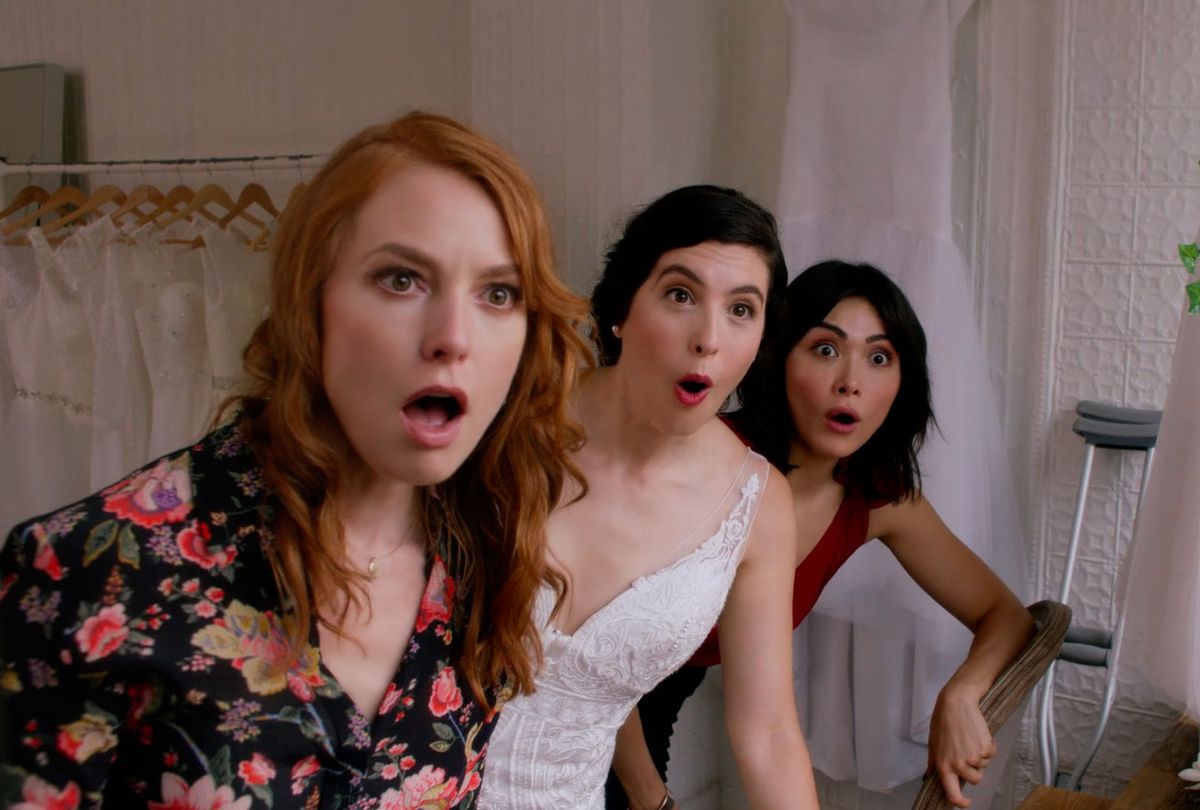 Back in 1995, in the midst of cinema's brief fixation with Jane Austen, director Roger Michell made the definitive film of "Persuasion": as literate and elegant as it was underestimated upon release. That same year, Amy Heckerling set the bar for modernized Austen adaptations with her lithely funny and era-defining "Emma" riff "Clueless." A quarter-century later, the straightforwardly titled "Modern Persuasion" falls some way short of either benchmark. Refashioning Austen's bittersweet final novel about love surmounting prickly English class politics as a peppy romantic comedy of missed connections among the moneyed New York media set, Alex Appel and Jonathan Lisecki's film is both too innocuous and too flatly imagined to stir much feeling either way.

What it does have going for it is Alicia Witt, a likable, spirited star too little used by Hollywood of late, but recently a leading mainstay of Hallmark holiday movies — from which "Modern Persuasion" perhaps counts as a modest promotion. Her game, slightly spacy screen presence goes some way toward making an actual character out of a protagonist otherwise drawn via romcom identikit: A klutzy, cat-doting singleton wedded to her job but only one mild makeover away from va-va-voom sexiness, Manhattan PR star Wren Cosgrove seems both entirely familiar and not entirely human.

Jane Austen certainly wouldn't recognize her as an incarnation of her heroine Anne Elliot, though to be fair, Lisecki and Barbara Radecki's sitcom-style script claims only faint allegiance to her novel. (The credits, for their part, don't acknowledge the adaptation.) Still, it's cheerfully peppered with "Persuasion" parallels and reference points, many of them of a throwaway nature: The publicity firm where Wren works is named Keller Keller Lynch, a nod to the novel's key location of Kellynch Hall, while her crotchety cat is called Wentworth, after the novel's romantic hero. That the name is assigned to her pet rather than her eventual love interest is a discouraging sign of where any frisson of chemistry in the film truly lies.

Three men vie for Wren's affections in the course of the film, but those familiar with Austen's tale will spot the Captain Wentworth proxy immediately. Just as Anne, pressured by family, broke off a youthful engagement with Wentworth in the novel, so did Wren ditch her college boyfriend Owen (Shane McRae) when he invited her to move with him to San Francisco. Urged by her high-flying aunt Vanessa (Bebe Neuwirth, classing up any scene she's in with low-effort hauteur) to put her own career before that of a man, she chose the East Coast — and has apparently regretted her decision ever since.

That Wren has found no romantic alternative in the 15 or so years since is hard to believe — but then she also occupies one of those peculiar movie vacuums where, despite being attractive, personable and well-connected, she appears to have no friends or acquaintances outside the office whatsoever. If she did, this 87-minute story might be even shorter: Any half-empathetic confidante could tell Wren what's up when Owen, now the millionaire mogul behind a Twitter-type social media network, turns up at Keller Keller Lynch with a major marketing contract up for grabs.

Did he choose her firm by accident? Plainly not, but that doesn't stop Wren stalling and dithering, accepting the shy advances of Owen's colleague Sam (Dominic Rains) and the slicker ones of rival PR exec Tyler (Christopher O'Shea); Owen, meanwhile, is diverted by Wren's younger, flirtatious assistant Kate (Daniella Pineda), whose social media expertise prompts some distinctly dated stabs at millennial-speak satire in the script. Inadvertently, phrases like "geek on fleek" render the film as specific a period piece as any Regency-era Austen narrative.

And so it goes, in its essentially harmless but frictionless way, full of liquid-soap dialogue and televisually bright lighting. Witt and McRae, both amiable individually, don't strike so many sparks together as to make this love story especially urgent, until a denouement that anticlimactically substitutes a text message for the heart-spilling letter of the novel. (It has already cited New Wave pop lyrics where Austen used Romantic poets: Such updates are cute enough, but don't do the present many favors.) What "Modern Persuasion" can't find is an equivalent for the particular barriers of class and social bias that keep Austen's lovers apart so long; in a well-dressed world of Hamptons weekends and buzzy media parties, all Wren and her soulmate really need is a spare moment to talk.